Just recently, in a post by the Iloilo City Government, the City Environment Natural Resources Office personnel together with students of the Special Education Integrated School for Exceptional Children (SPED-ISEC) and representatives from Westernland Property, planted around 200 mangrove saplings at the Esplanade 5, located at Rizal, La Paz last February 29.

It can be recalled that the City Government is eyeing a 32-hectare property as a proposed mangrove forest in the metropolis. Iloilo City Mayor Jerry Treñas, together with City Environment and Natural Resources Officer Engr. Noel Z. Hechanova and officials of the Global Business Power in Ingore, La Paz, viewed the proposed site overlooking from the top of the coal plant.

“Together with my son, Miguel, and Engr. Noel Hechanova, we went up the PEDC Building to see the overview of the 32 hectares area next to the location of the plant. The said area is our prospect location for our new projects, the City Hospital and the Mangrove Ecopark Forest. Now, we are developing not just the commercial spots of the city but also the far-flung areas to fully level up Iloilo!” states Iloilo City Mayor Jerry Treñas. 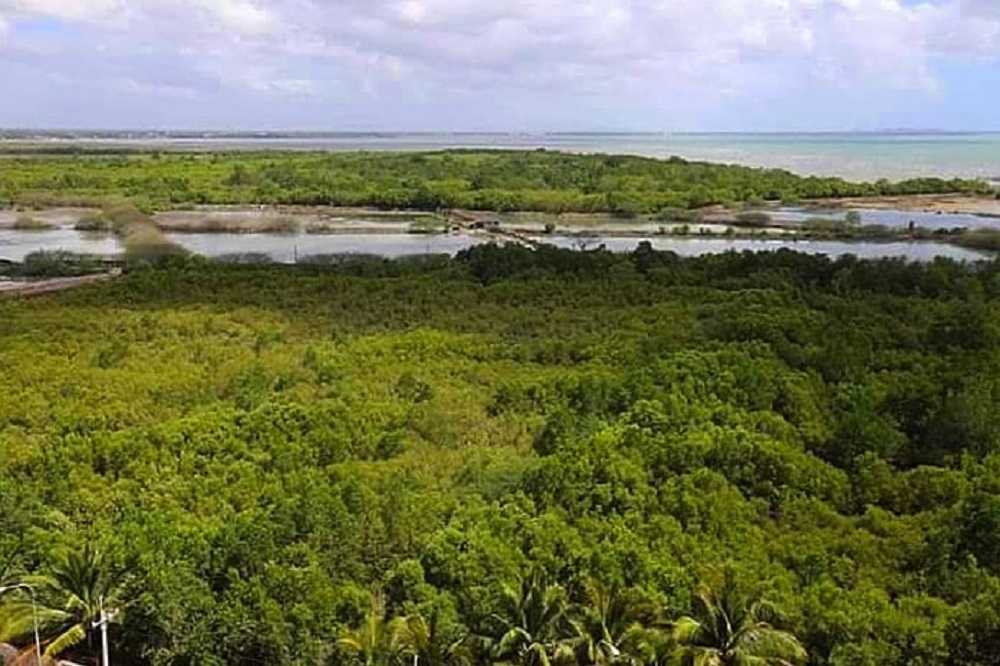