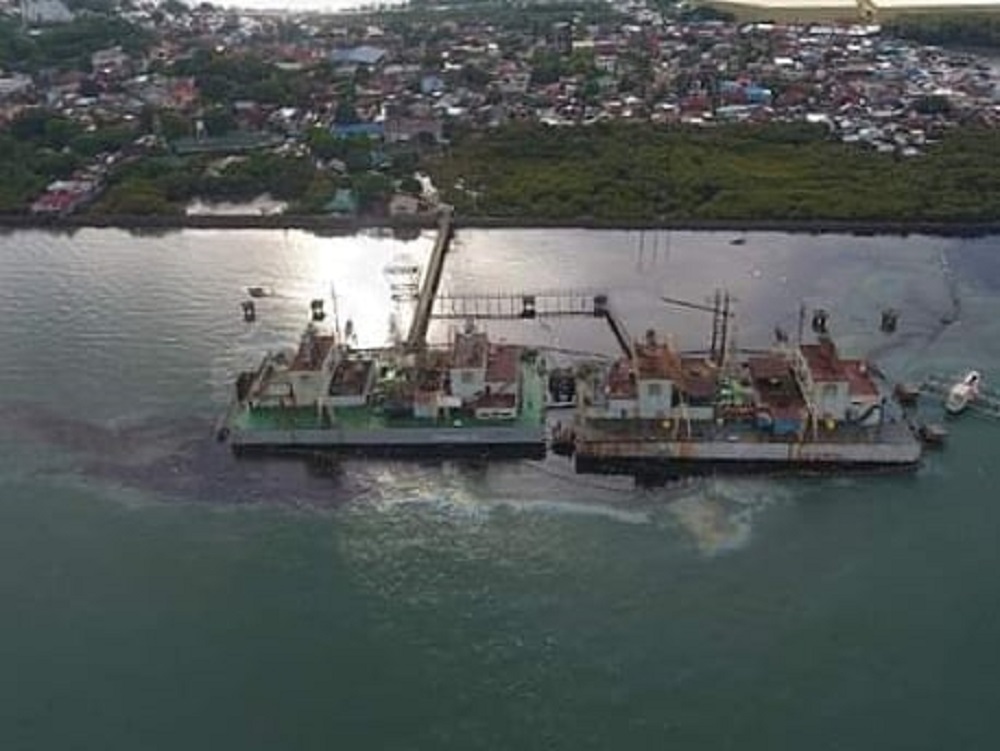 Current efforts to contain and mitigate the damages caused by the oil spill include scooping and skimming of spilt oil led by the Philippine Coast Guard. According to the report, the explosion took place at 2:24pm at AC Energy’s Power Barge 102 in Lapuz District’s Barrio Obrero. Fire out was declared at 3pm.

To date, AC Energy is conducting an investigation to identify the cause of the explosion. The company added that the oil spill was initially blocked by a structure surrounding the barge however high waves cause it to spill out.

“We will do the needed cleanup once we are confident that we have done a good job containing the oil in the area. We target completion of containment tonight, to be followed by skimming activities tomorrow,”AC Energy in a statement.