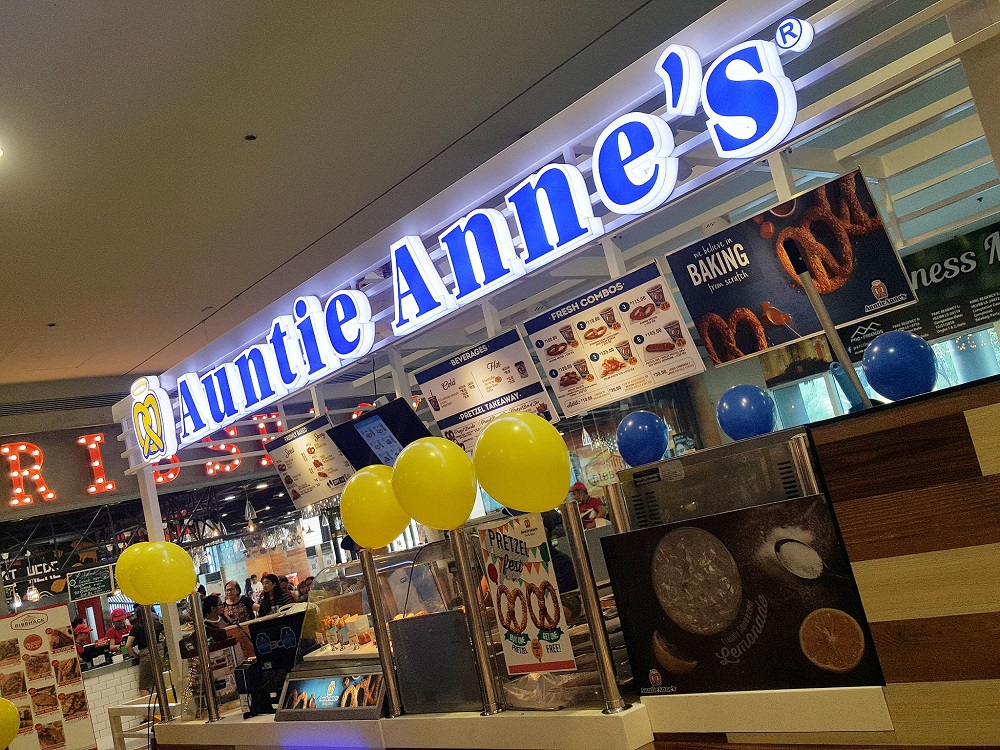 Auntie Anne’s Iloilo: After being briefly closed for renovation, Auntie Anne’s reopened on the upper ground floor of SM City Iloilo in Mandurriao. The renovated store revealed a new look for Auntie Anne’s. Seats were transferred to the back offering customers a full view of how pretzels are made. A charging dock was also installed. The new look is also paired with the new pretzel offerings and irresistible promotions at the store.

New offerings include apple cinnamon cream cheese bites, cream cheese stix, and pepperoni nuggets. Aside from the new pretzel flavors, Auntie Anne’s celebrates its comeback with the buy one take one promo on pretzels on all Mondays for the month of June. It is indeed a pretzel fest one should not miss out on.

How did Auntie Anne’s come to be? It all started in 1988 when Anne Beiler bought a stand in a Pennsylvania farmer’s market. Anne Beiler started baking in a bid to fund her husband’s desire to provide free family counseling services for their community. Anne’s husband ultimately realized his dream and opened a counseling center. Anne recalls the events as ‘a twist of fate’. The once-food-stand at a farmer’s market became the world’s largest soft pretzel franchise. Anne’s motto: “caring for other people is the purpose of Auntie Anne’s”.

And indeed, Auntie Anne’s cares for its customers by providing quality pretzels, served to its customers within 30 minutes after it is removed from the oven. The brand assures the same quality of pretzels. Visit Auntie Anne’s at the upper ground floor of SM City Iloilo. For more information, follow Auntie Anne’s Philippines on Facebook. 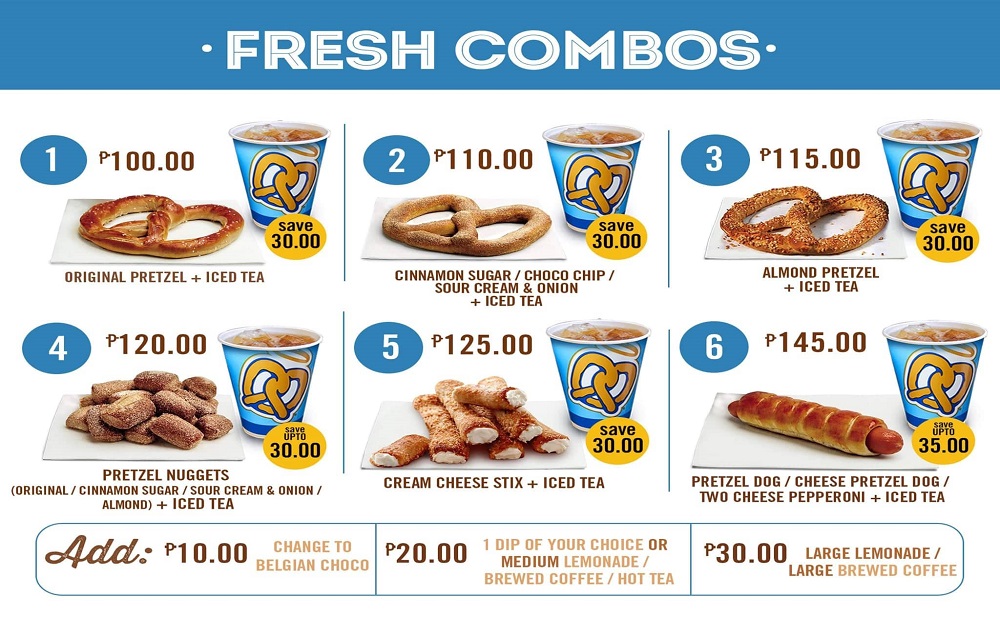 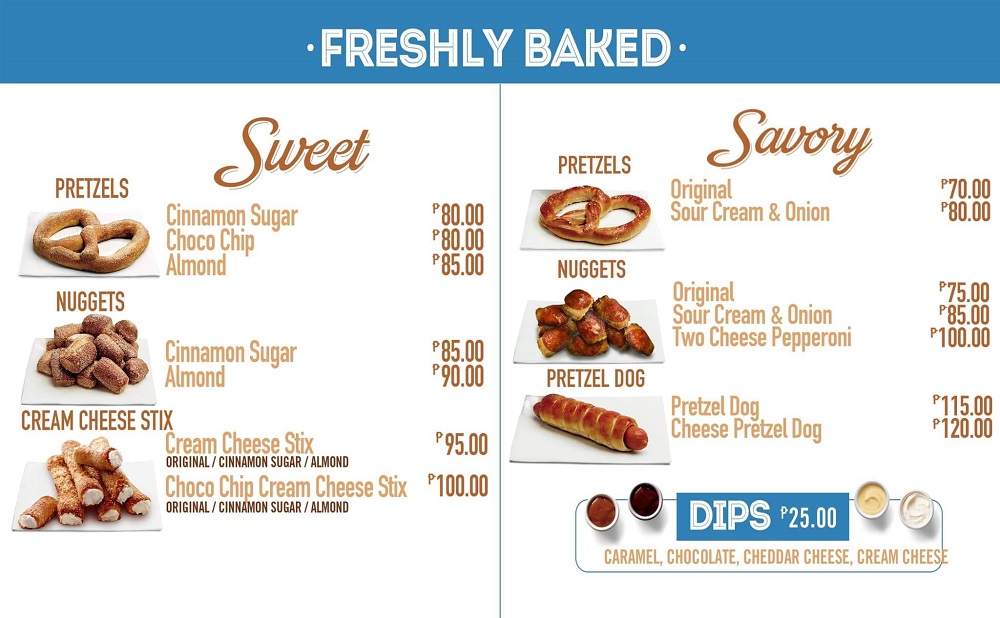 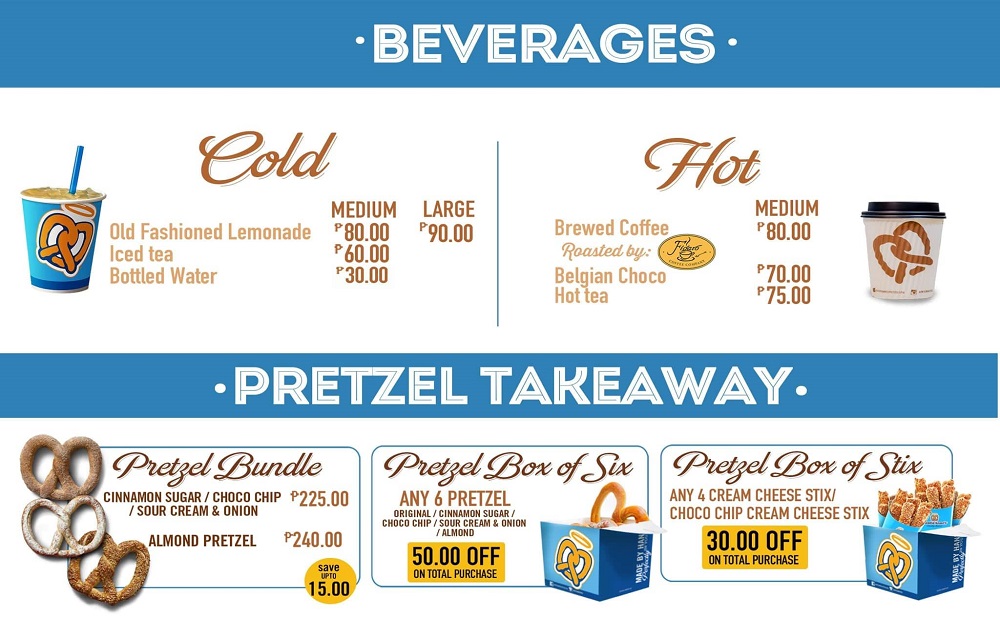 Indeed, the brand cares for its customers by providing quality pretzels, served to its customers within 30 minutes after it is removed from the oven. Auntie Anne’s Iloilo, too, assures the same quality of pretzels. Visit Auntie Anne’s at the upper ground floor of SM City Iloilo.

*Prices may change without prior notice.