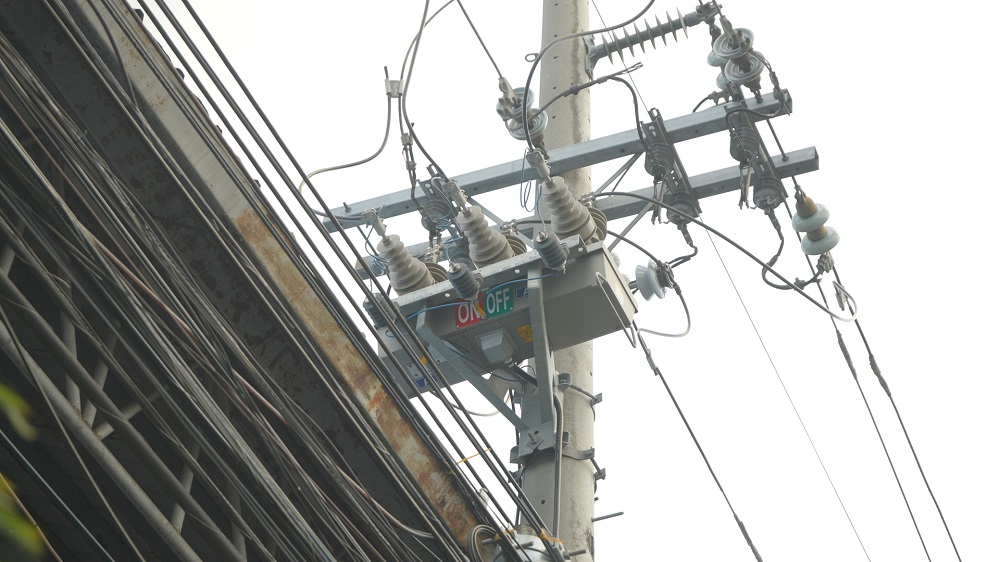 Automatic Circuit Recloser: A steady source of electricity is a convenience that every household depends on. Fortunately, MORE Power has devised a way to protect the supply of electricity and quickly restore power in just a few seconds, delivering a stable power connection for the Ilonggos.

As of date, there has only been one feeder outage incident for the past three months which happened last Sunday. In other words, Iloilo City experienced no feeder shutdowns for three months before this incident, ensuring the supply of electricity into the homes of consumers. This is all because of MORE Power’s latest upgrade – the Automatic Circuit Recloser (ACR).

Since its installation, it has prevented full electricity downtime in all feeder lines and isolated electrical concerns to a small specific location unlike before where large areas could still be affected when this technology was not yet introduced. In fact, 90% of line irregularities that prompt electrical downtimes in Iloilo City are temporary
and are usually caused by animals accidentally coming in contact with the electrical lines, falling tree branches, and even powerful winds. These commonly cause the whole feeder line to short circuit thereby causing a lot of households to lose electricity for hours.

However, with MORE Power’s latest upgrade, long power outages may just be a thing of the past now as the ACR has demonstrated the benefits of preventing major power supply lines from shutting down. As an example to demonstrate, if there’s a line disturbance in a particular street in Jaro, the power outages will only be isolated there and it won’t affect the whole district or barangay. This is exactly how no feeder lines have shut down for the past three (3) months before the recent incident – disturbances are isolated and the whole feeder line is protected.

Another key feature of the ACR is that it can SELF-RESTORE. In other words, the ACR restores power automatically in affected areas even without the intervention of MORE Power’s technical team. Before ACRs, restoration time during temporary line disturbances took an average of 70 minutes before they could be resolved. This is because the dispatch and travel of the technicians can take some time, on top of the actual energization time. Now that MORE Power has installed reclosers around Iloilo City, power can be restored within just a few seconds – 85 seconds, to be exact.

The ACRs are set at 5 seconds for the first reclosing, and another 80 seconds for the 2nd and final reclosing. If the problem still persists on the third attempt, the recloser will lock out and thus cause a permanent outage. In fact, there’s a reason why MORE Power set these specific intervals.

These intervals for the reclosers were set in order to give enough time for the appliances to stabilize and deter the rapid flicker that would cause damage to sensitive devices. A shorter time interval such as 0.5 seconds, 1 or 2 seconds indeed may have been set. However, such very rapid intervals might result in voltage fluctuation or current surge which is harmful to electronic devices. Since the reclosing is not rapid and is set within the span of 5 to 80
seconds, it will not cause damage to appliances. A rapid reclosing may even cause an increase in billings due to voltage fluctuation. Indeed, MORE Power could restore connection instantly if it wanted but it would come at the cost of the consumers’ appliances and an increase in electricity rates. Instead, the company chose to prioritize the welfare of the Ilonggos and found a balance between stability and safety.

As of today, there are 30 ACR units installed all over the system which successfully re-closed 100 times and locked out 49 times. This means 100 (67%) out of 149 instances of possible blackouts were prevented in which each possible blackout could have lasted from 15 to 20 minutes. This is the result of the upgrade that the ACR brought to us and MORE Power is optimistic that it will further improve and prevent more blackouts as additional ACR’s will be
added and as more data will be gathered in the future.

With MORE Power’s introduction of the ACR to the city, the Ilonggos can now enjoy a future where outages may go unnoticed because of the restoration speed, and the isolation of outages to areas of fault. MORE Power is staying true to its promise and going out of its way to provide a reliable source of electricity for every Ilonggo. As MORE Power progresses, so does the City of Iloilo.