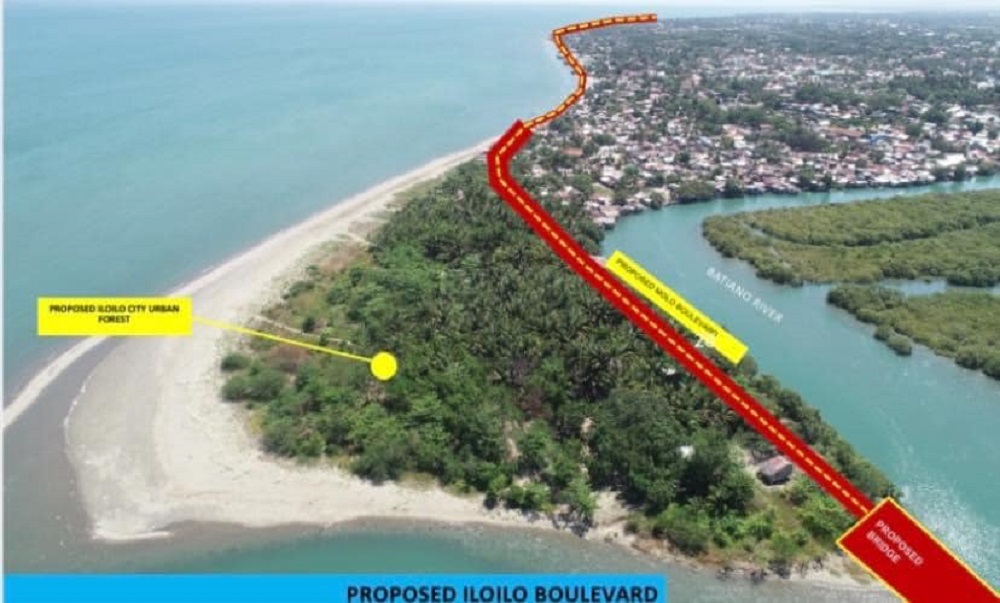 Beach Forest in Iloilo City: Iloilo City Mayor Jerry Treñas, in a social media post, revealed that the local government is eyeing to develop a 1.6-hectare beach forest at Molo Boulevard as one of the metro’s future eco-parks. According to Treñas, the proposed beach forest will have a biodiversity conservation park, a botanical garden, and will highlight trees such as botong, bakauan, bamboo, bitaoag, agogo, to mention a few.

“Next to our mangrove forest, we are eyeing to develop a 1.6-hectare beach forest at Molo Boulevard as one of our future eco-parks. The soon-to-be-developed beach forest will be a biodiversity conservation park that will have a botanical garden in which there will be a small demo nursery where umbrella tree, botong, bakauan, bamboo, bitaoag, agoho, and other species of trees will be planted. Our CENRO is also eyeing to construct a small hatchery as a means of promoting marine turtle conservation. This area has been known to be a nesting place of pawikan or sea turtle,” states Iloilo City Mayor Jerry Treñas.

“It has always been my priority to establish sustainable projects for the benefit and welfare of our people and our community. Together, let us bring Iloilo City to the Next Level!” he adds.

Another green initiative of the local government is the 3-hectare Tree Park in Lanit, Jaro that connects other tree parks in the metro. According to Treñas, the said projects are the city’s initiatives to support the environment.

“Iloilo City had been taking action to revive the earth, and as the father of the city, I encourage everyone to take part in this global act. On the rise in Lanit Jaro is the 3-hectare Tree Park that interconnects other tree parks in the metro. We have always been promoting the mental health of the Ilonggos and through these greening projects, we are able to help in mitigating stress, aid in the recovery from fatigue as well as encourage physical activities. Through this, we hope to provide awareness to fight the effects of climate change and improve the mental well-being of my people,” says Treñas in a social media post.