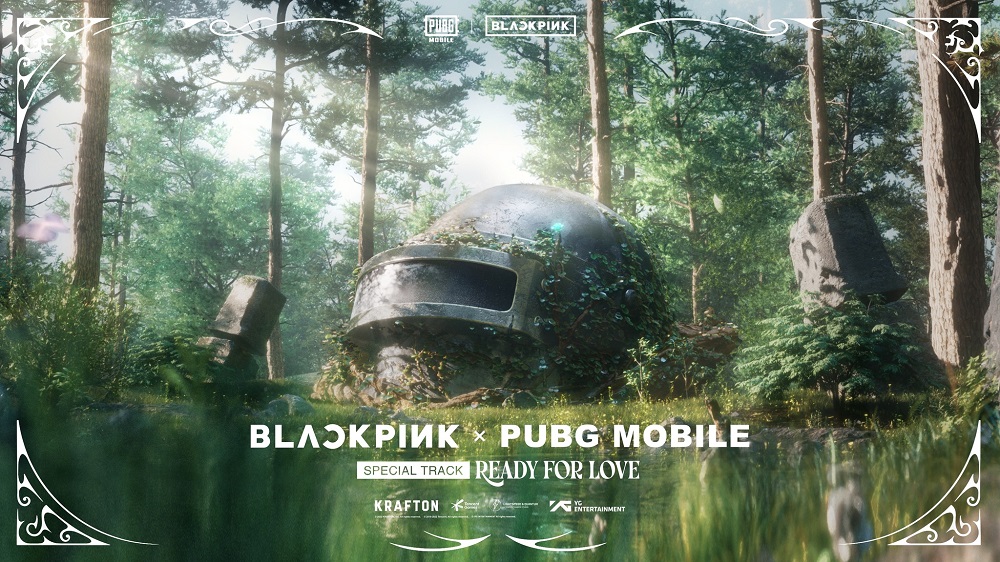 The events will run from July 22nd to 23rd and July 29th to 30th in North & South America, and July 23rd to 24th and July 30th to 31st throughout the rest of the world. This weekend showcases the first event series where players will experience the global chart-topping hits the band is famous for, as well as the debut of a new Blackpink special track, ‘Ready For Love’.

The world first event will also give Blackpink fans new ways to support their K-pop idols. Players can obtain custom-made outfits the group will wear during their performance in-game, available until August 31st. Blinks can also access the new Blackpink Voice Pack, with never before heard voice commands from Jisoo, Jennie, Rose and Lisa, usable in-game!

PUBG Mobile is available to download for free on the App Store and Google Play Store. Players can secure their free ‘The Virtual’ tickets in-game and preload the Concert Resource Pack now to prepare for the show. Players will be able to watch Blackpink X PUBG Mobile 2022 In-Game Concert: [The Virtual] during the below dates and times.

This concert is set to be one of the most exciting events in PUBG Mobile history, so join the party from July 22nd-24th (region dependent) to usher in a new age of the game! To celebrate fans joining the concert, PUBG Mobile and Blackpink will unlock exclusive in-game and real-world events and prizes to mark viewership milestones, as they aim to set a new world record for the largest music concert in a video game! PUBG Movbile is available to download for free on the App Store and Google Play Store.

About PUBG Mobile. PUBG Mobile is based on PUBG: Battlegrounds, the phenomenon that took the world of interactive entertainment by storm in 2017. Up to 100 players parachute onto a remote island to battle in a winner-takes-all showdown. Players must locate and scavenge their own weapons, vehicles, and supplies, and defeat every player in a visually and tactically rich battleground that forces players into a shrinking play zone. For more information, please visit the official PUBG MOBILE social channels on Facebook, Instagram, Twitter and YouTube.

About Blackpink. Blackpink is a South Korean girl group formed by YG Entertainment. The quartet consists of Jisoo, Jennie, Rose, and Lisa. Blackpink had captured the hearts of audiences from the moment they released their debut single [Square One] in August 2016. Since then, they have turned every release, including “DDU-DU DDU-DU” and “Kill This Love”, into international hits, making their foray into global superstardom. Spurred by this success, in 2019, Blackpink became the first female K-pop act invited to perform at Coachella, the largest music festival in the U.S. The following year, in October 2020, BLACKPINK released their first full-length album “The Album”, which topped prominent music charts, and was recognized by numerous prestigious awards. It also surpassed 1.4 million in album sales, and BLACKPINK became the first K-Pop girl group to reach this milestone. The group also went on to perform a successful first livestream concert, “The Show” on YouTube on January 31, 2021.

The band’s global influence keeps growing, and it is shown by their collaborations with international pop artists. Each of the members has also been active as global ambassador for renowned luxury brands. And additionally, Blackpink’s official YouTube channel recently surpassed more than 77.5 million subscribers, making them the artist with the most subscribers on the platform.