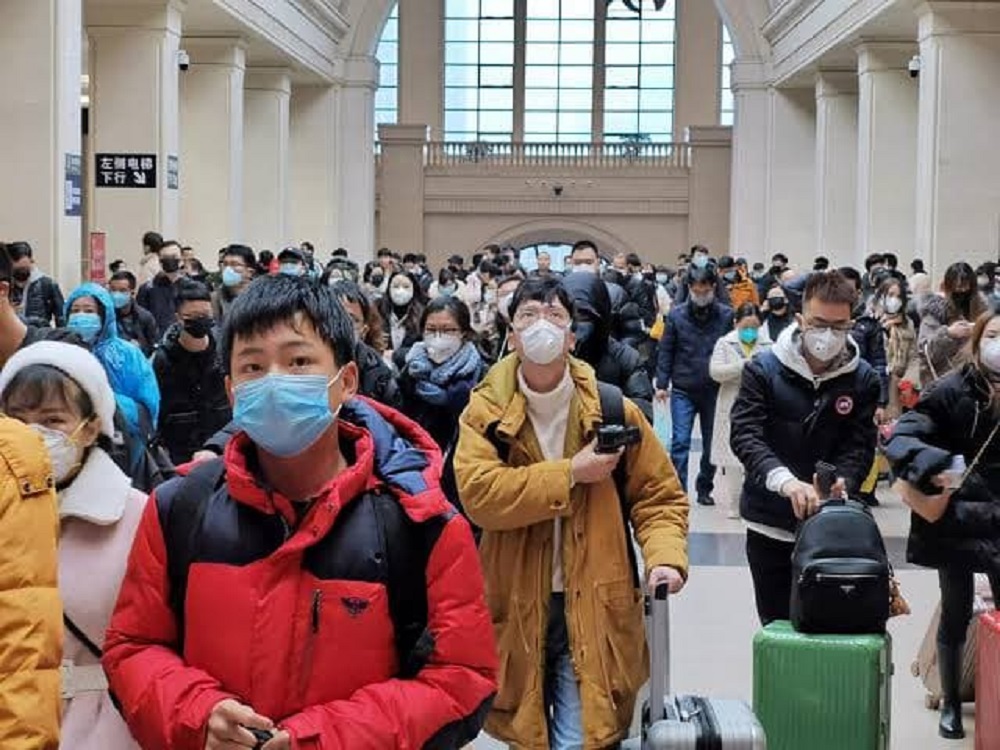 President Rodrigo Duterte has recently declared a State of Public Health Emergency after the Department of Health has raised the Alert System for COVID-19 to Code Red. This came after the first reported local transmission of COVID-19. Here is what Code Red means and the succeeding Alert Systems.

Code Red. The triggers of Code Red include “at least one documented case of community transmission that may or may not be traced from imported case(s)”, “sustained human-to-human transmission”, and “cases may be traced beyond the fourth generation from index case.”

Responses for Code Red include the following: Expansion of inter-agency membership to include other instrumentalities of the government; selective contact tracing; testing and management to prioritize vulnerable and high-risk groups; monitoring of disease trends; strict enforcement of non-pharmaceutical interventions; implementation of mitigation guidelines; ensuring back-up systems to address surge capacity; sustained level of public awareness to minimize fear, reduce anxiety and unrest; and sustained inter-agency, multi-level, whole-of-society coordination and response. 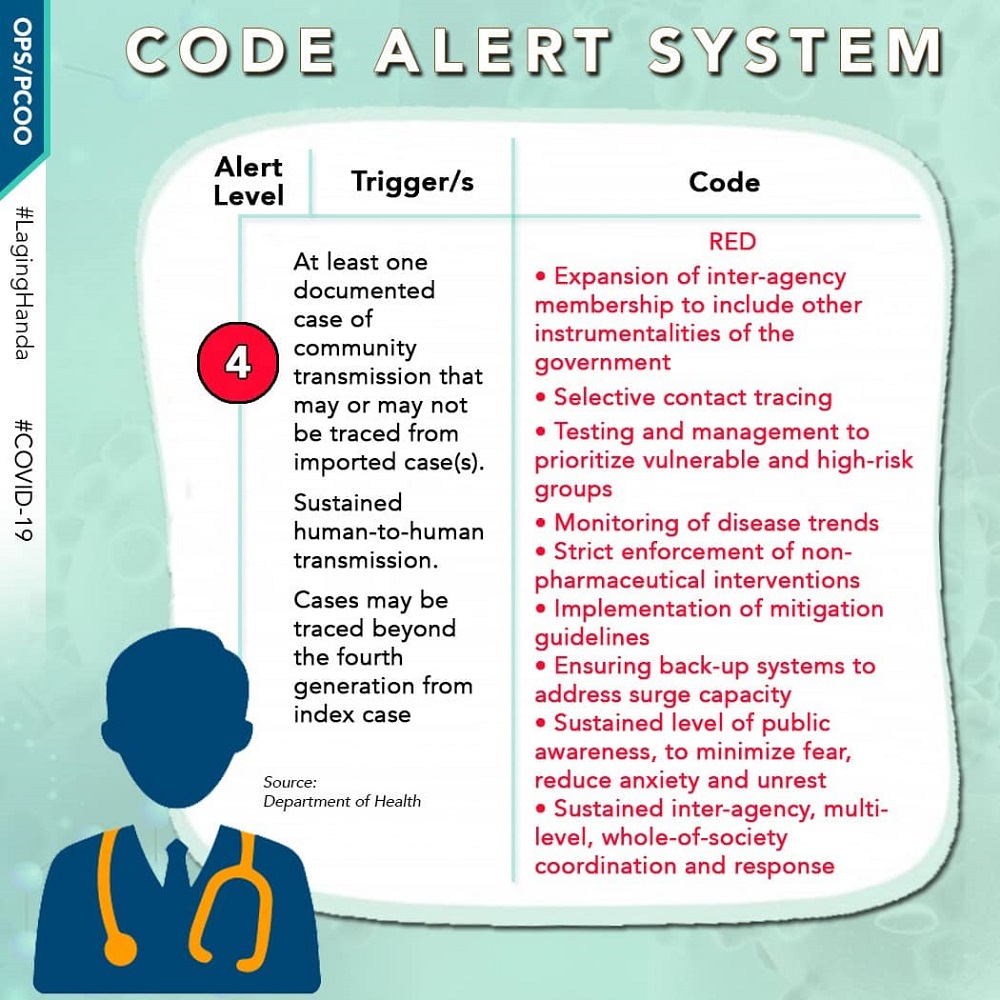 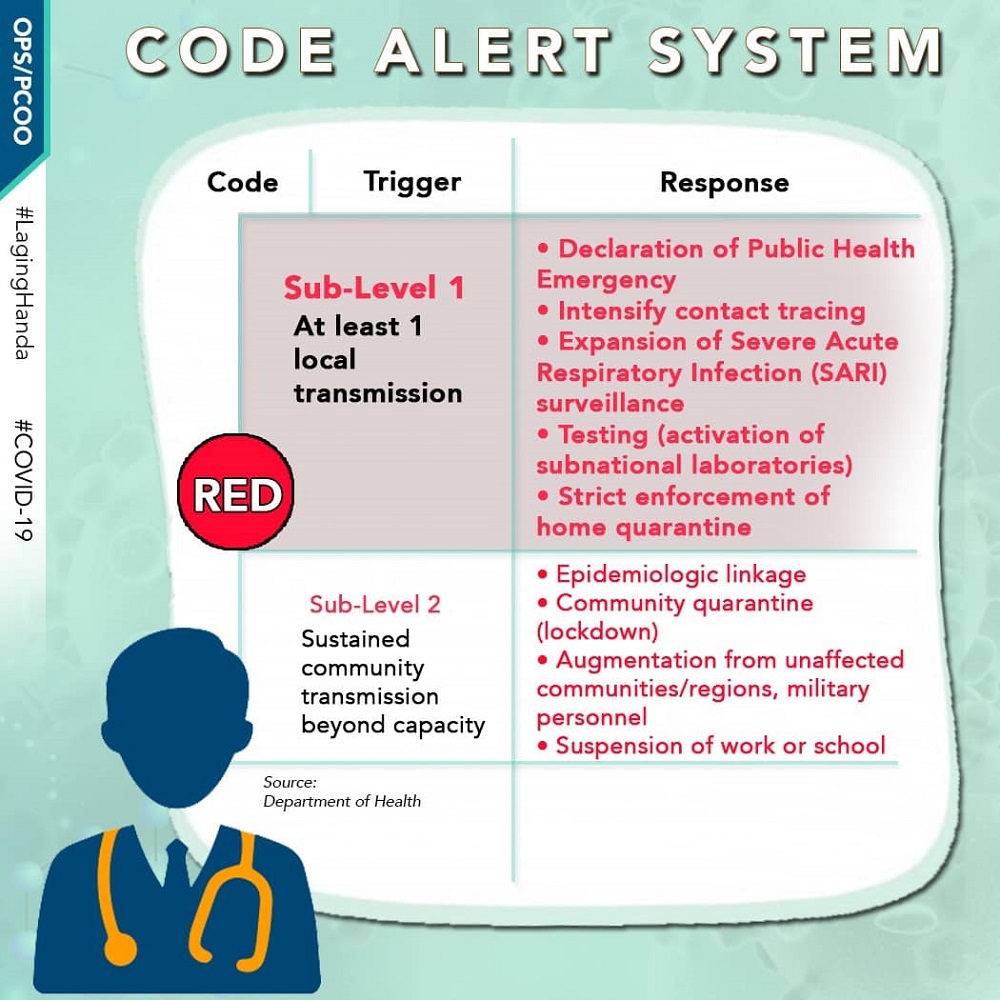