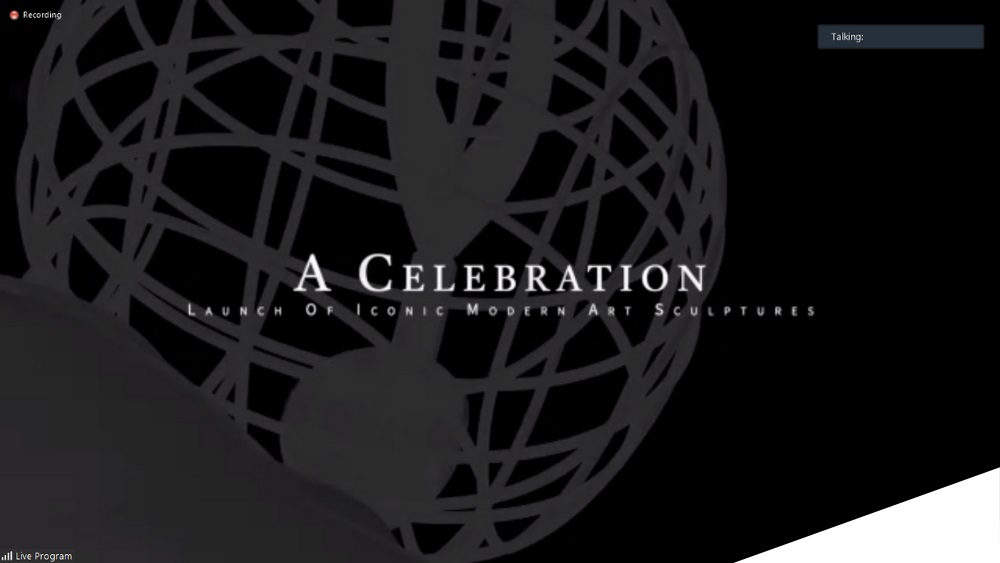 Dedicated to the Filipino youth, the sculptures symbolize the future of the country as the young median age of the Philippine population is one of the key driving forces that fuel economic growth. It also symbolizes the aspiration of making the Philippines one of the largest economies in the world within the next few decades. The ultra-modern stainless steel sculptures were designed by globally renowned Filipino artist Jefrë Figueras Manuel, also known as ‘Jefrë’.

“The Filipino words BAYANI and PAG-ASA are a huge inspiration to create sculptures in this region of the Philippines. You need one and the other. The idea of a hero wouldn’t exist without hope and with hope, you can become a hero,” says Filipino artist Jefrë.

“I believe that the Filipino youth have the potential to be recognized as active participants in worldwide activities, hence the globe for the head. They’re both composed of very hard metal that is polished and brushed to perfection – very much like the story of the Filipino youth,” he added.

These larger than life iconic sculptures are set to soon become a selfie destination and a national landmark along the Bay Area. Public art is a distinguishing part of the landscape and adds meaning to the DD Meridian Park development. With these installations, DD Meridian Park will have a stronger sense of place and identity. The company is confident that this landmark modern art tribute to the Filipino youth will be embraced and valued by the public and that they will identify and be inspired with the heroism and hope that it intends to impart.

“We hope that this tribute to the Filipino youth, Bayani and Pag-asa, will in some way or another spark inspiration in our hearts and minds to remind all of us that the Philippines has what it takes to become a highly prosperous first world country,” said DoubleDragon and DDMP REIT Inc. Chairman Edgar “Injap” Sia II

The Philippine economy is forecasted to become one of the world’s largest economies by 2050. The reasons cited are the young median age of the Philippine population as well as the land’s geography and natural resources, among other key elements. The future growth of the Philippines will be fueled by its young population. The Filipino youth armed with a deep sense of heroism and hope is expected to catapult the Philippines’ ranking jump higher among other countries in the World.

The 4.8 hectare DD Meridian Park complex was designed to have a lasting positive impact on the wellbeing of its occupiers. DoubleDragon upholds a strong sense of corporate social responsibility and always endeavors to build exemplary sustainable eco-friendly iconic structures that will blend well with the community intended to remain productive and relevant in the next 100 years and more.

Bayani and Pag-Asa are expected to further complement and enhance DoubleDragon Meridian Park’s position as the most desirable office and commercial address in the Bay Area, Pasay City, Metro Manila, Philippines.