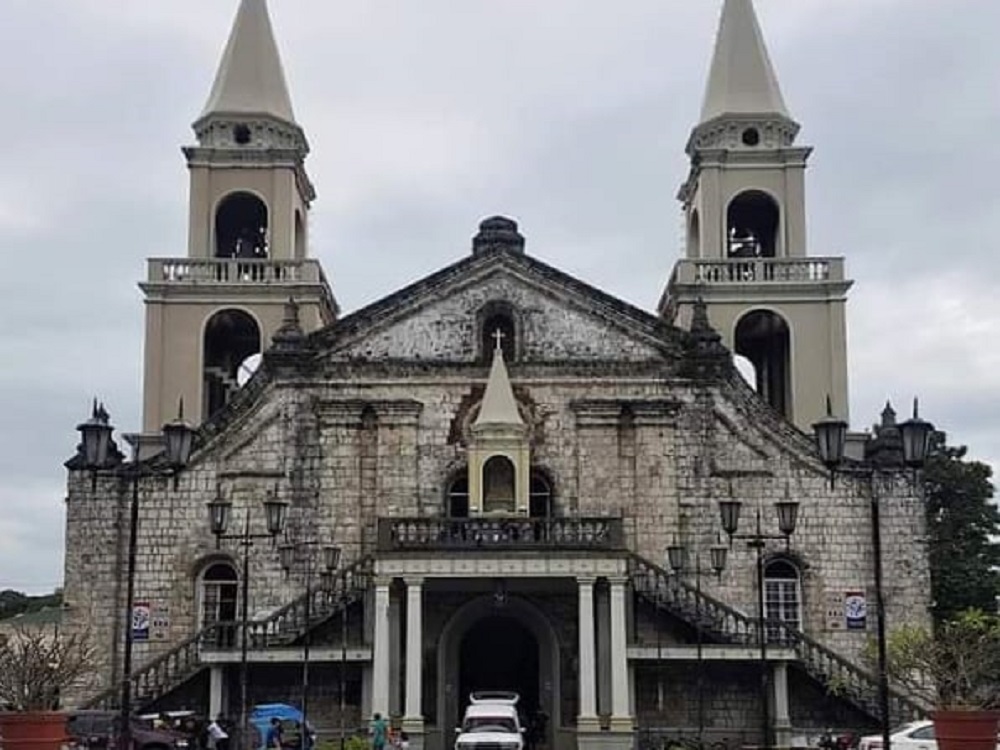 The devotion to the Candelaria of Jaro is derived from the original Virgin of Candelaria (Our Lady of Candles) enshrined in the Basilica of Candelaria in Canarias, Spain. The feast, in Iloilo, is celebrated with a Solemn Pontificial Mass presided by the Archbishop of Jaro.

Pope John Paul II personally performed a canonical coronation of the venerate image on February 21, 1981. It is the sole Marian image in Asia crowned by a pontiff in personam (by a papal saint).

The limestone figure was discovered during the 16th century by fishermen and the Bishop then declared that the image should be placed on Jaro Church. The statue depicts Mary and the Child Jesus with tapers in their right hands as a symbol of light and purification. Vested in gold cloth, the Child Jesus holds a ‘globus cruciger’ symbolizing Christ’s reign over the earth. The yearly tradition recounts the statue’s first appearance in 1587.

The Archdiocese of Jaro

Taken from the Facebook page of the Archdiocese of Jaro, Commission on Social Communications. The Archdiocese of Jaro is composed of Province of Iloilo in the Islands of Panay and the Province of Guimaras, a small island lying opposite the southeastern portion of the mainland. The mainland portion itself occupies the southern and northeastern areas of Panay Island. Its borders are defined by the Diocese of San Jose de Antique in the west and the Archdiocese of Capiz in the north, with the Visayan Sea and Guimaras Strait in the east and the Panay Gulf and Iloilo Strait in the south and southeast.

It has a land area of 5,324.0 square kilometres, representing 1.8 percent of the total land area of the country. In 2009, the report of the government shows that it has a total population of 2,333,141. The province is predominantly rural with 72.7 percent of the total population residing in rural areas and only 27.3 percent in urban area. Agriculture, forestry and fishing are the leading major industries.

The diocese of Jaro whose Patron Saint is St. Elizabeth of Hungary was officially erected by virtue of the Apostolic Bull “Qui Ab Initio” of His Holiness Pope Pius IX, of holy memory. The said Apostolic Bull was issued in Rome on May 27, 1865.

Yet it was only on October 10, 1867 when the decree took effect and Jaro was made an Episcopal See, according to the document signed by His Excellency Dr. D. Gregorio Meliton Martinez, then Archbishop of Manila and executor-delegate of the decree. It is worth noting that this “decretum executorium” was also signed by the Rev. Jose Burgos, Pro-Secretary, a secular priest who became one of the outstanding martyr-heroes of the country.

Jaro was made separate from and independent of its mother Diocese of Cebu and became a suffragan of the Archdiocese of Manila. Its territories comprised the Islands of Panay, (now composed of the provinces of Iloilo, Capiz, Aklan, and Antique), Negros Island (now provinces of Negros Occidental and Negros Oriental), Romblon, Palawan and Jolo Groups, and the provinces of Cotabato, Zamboanga and Davao in Mindanao. Sr. Dr. Fr. Mariano Cuartero, OP, became its first bishop in April 25, 1868.

The 20th century saw the Diocese reached full maturity and attain self-sufficiency. Because of this, its territories were further divided to form new ecclesiastical jurisdictions. Zamboanga was made a Diocese in 1910 while Palawan was made an Apostolic Prelature in the same year; then Bacolod in 1933, Capiz in 1951 and finally the Prelature of San Jose, Antique in 1962 as suffragans.

Concurrently,with the elevation of Jaro to an Archdiocese, the first Filipino Bishop, the Most Rev. Jose Ma. Cuenco, DD, PhD, LIB, was raised to the rank of Metropolitan Archbishop, thereby making him the first Archbishop of Jaro.