Amazing online food-themed games to play: In today’s time, there are tons of entertainment on the internet. There are online games, social media, and even streaming platforms. Moreover, with everything swiftly shifting online, the ‘old normal’ is slowly becoming obsolete. For those with idle time this holiday season, playing online games is a good getaway for the entire family. And if you are a food connoisseur, this website is for you.

CulinarySchools.Org offers a wide collection of online games (around 100) that revolves around food, farming, cooking, the culinary arts, the restaurant business, and hospitality-related careers. What’s great about the website is that none of the games contain any ad and it is mobile (and desktop) friendly with its HTML5 web design.

Nerve-wracking. This game is nerve-wracking! Similar to the Plants vs Zombies game, Spongebob must serve Krabby Patties to customers before they reach the counter. The game is a lunch counter game where lead character SpongeBob must fire food to customers before they reach the counter. Left and right keys are used to mobilize the character, spacebar to fire food, and the B key to switch ammunition from burgers to sticky, pickler, or fry-bye. Some customers can be satisfied with one burger fired at them while others require more. The game has two modes: a single round Patty Royale version and a mission-based Serve & Protect mode where you must save Mr. Krabs from hungry customers. This game is definitely nerve-wracking but enjoyable at the same time. Try the game here. 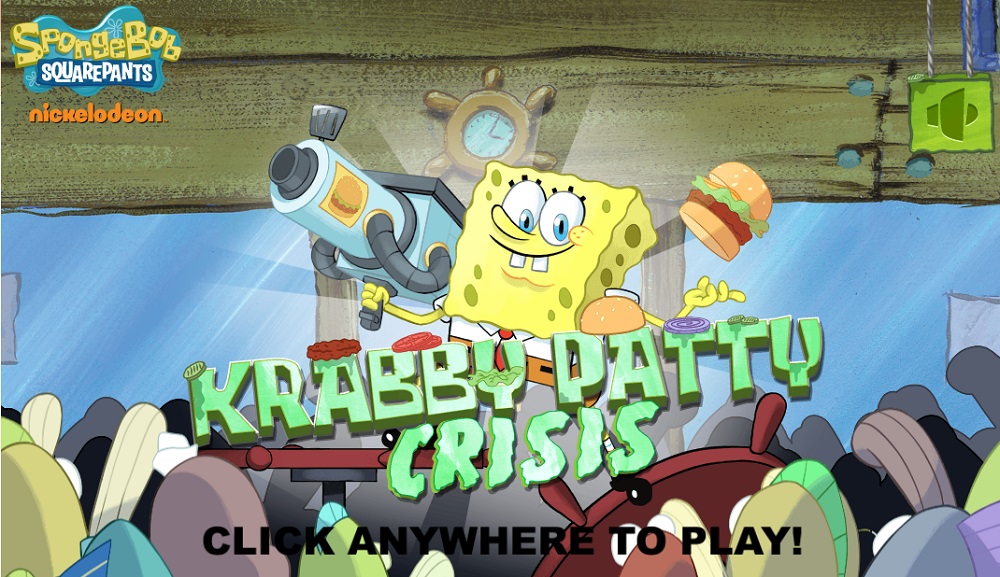 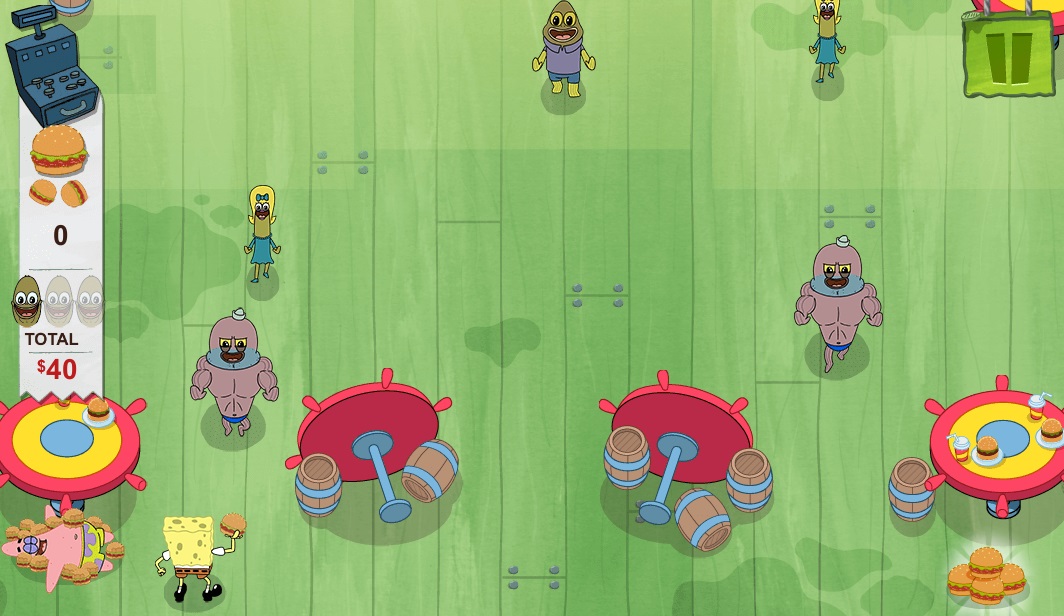 Because Tetris never gets old. Choco Blocks is a Tetris-inspired game based on chocolate candy pieces of various unique sizes. If you’ve played Tetris before, then you probably get the gist of the game. The upper right corner of the game shows which piece is next. Periodically, a big mouth eats down the screen after a certain score is reached. But be warned, the higher the score, the faster the pieces fall down. So speed is necessary to be successful in this game. You can use arrow keys to move the pieces left or right, rotate them, and drop them quickly. The Big Mouth can also be moved for it to chow down on pieces. Try the game here. 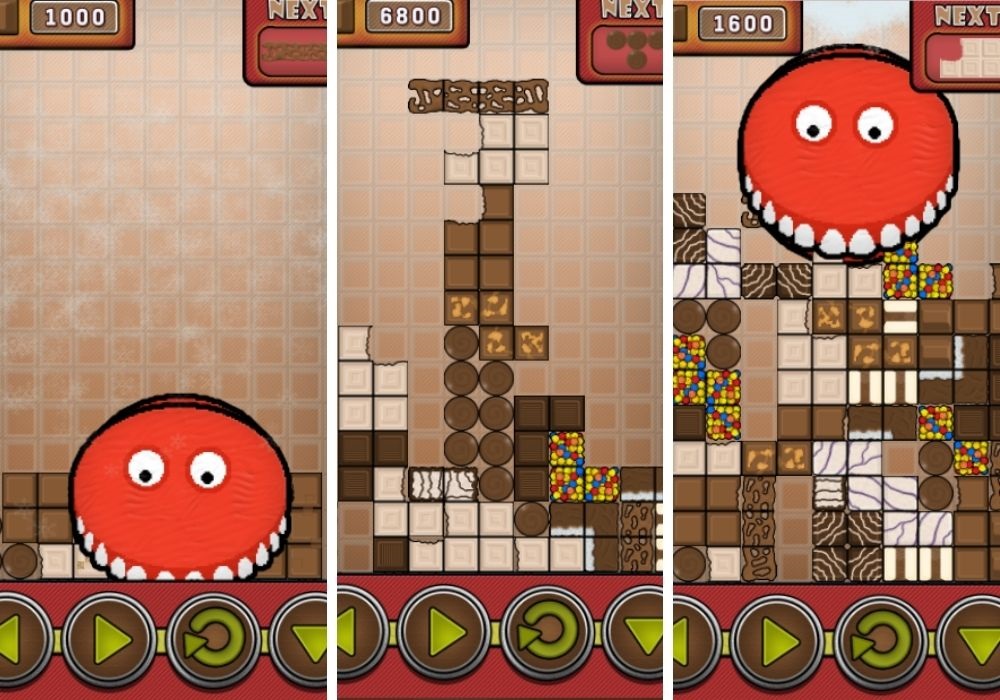 Filled Glass and Milk for Cat

If you have a knack for strategy games, then this is for you. Filled Glass is a physics game where you must fill a cup (up to a required line on the cup). Don’t be fooled by the simple aesthetics though, the higher levels are extremely difficult. It takes precision and timing to fill the cup. Simply click on the upper portion of the screen to release the balls – but it has to be in a way that it doesn’t spill or get caught in obstructive spikes and lines. Try the game here. 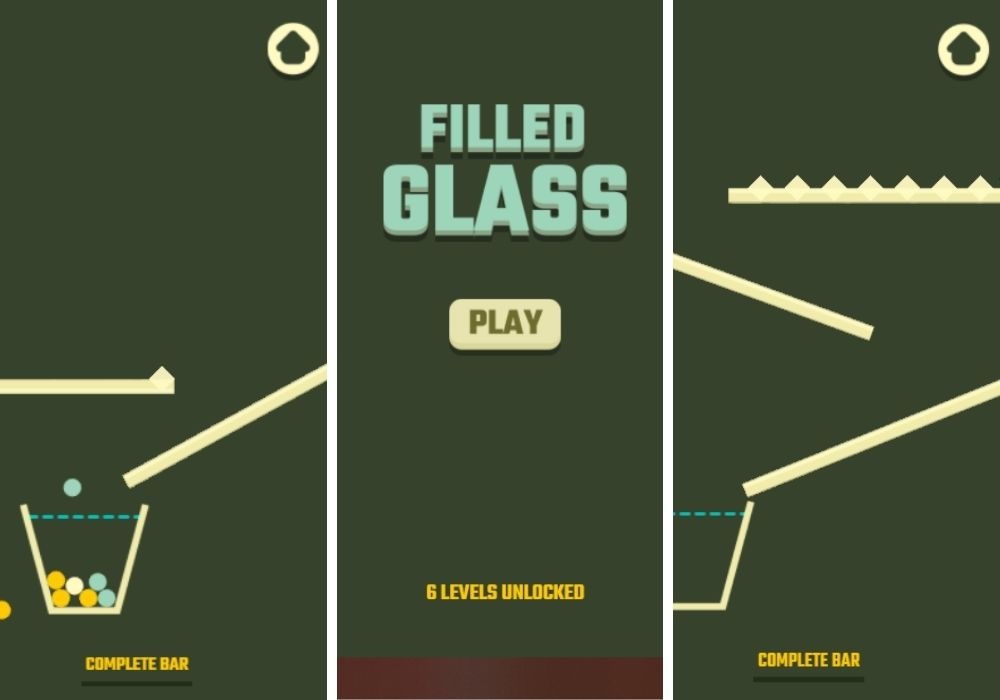 Milk for Cat: Same as Filled Glass, you have to make sure all the milk reaches the kitty (eager to drink milk). Milk for Cat is a 50-stage physics-based game where you help a thirsty cat get the milk it needs by opening milk cartons and adjusting platforms to guide the milk toward the cat. Unlike the aforementioned Filled Glass, Milk for Cat is way easier. And the cat is cute. Try the game here. 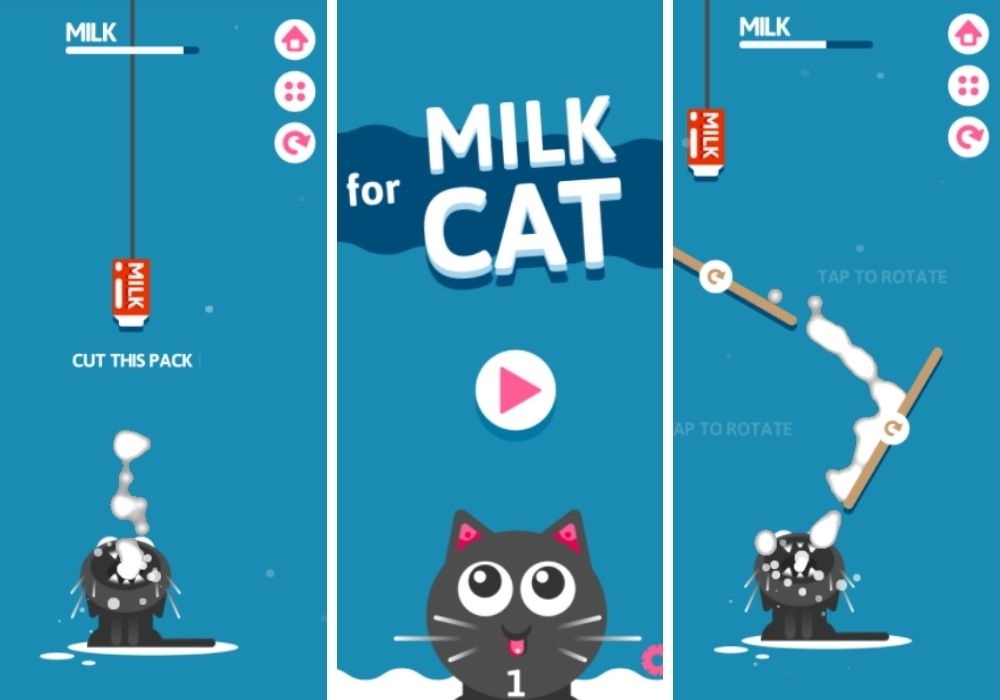 Have you seen the Netflix hit series Squid Games? If so, then you would be familiar with the Dalgona Candy Game. The Squid Game series revolves around an initial 456 players, all of whom are known to be buried in debt and have no choice but to risk their lives playing deadly child games to win 45.6 billion won. The Dalgona Game appeared on the third episode where players have 10 minutes to chisel out a design – a circle, triangle, star, or umbrella. Player must be successful in chiseling the design or else, they face assassination. The Dalgona Candy game on the website, on the other hand, works the same as in the movie. You simply need to ‘punch out’ the shape on the candy using a needle – all within 100 seconds. You also have to be careful not to crack holes. This is a simple (but extremely difficult) game, but it does not contain any of the violence Squid Games is known for. Try the game here.