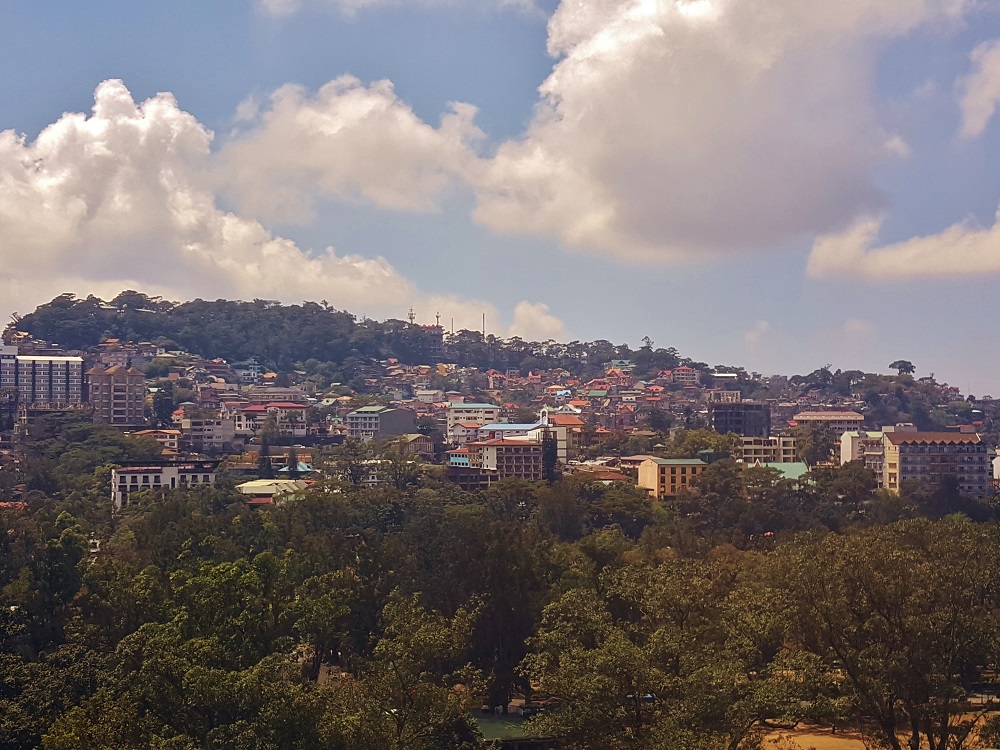 Guide to Baguio: Travel enriches the psyche, so they say. It nourishes the soul. Prior the trip to the summer capital of the Philippines, Manila’s Chinatown, and the country’s capital, I found myself ‘stuck’, literally and figuratively, in the city of love in a pseudo quarter life crisis. Burnout seems like an appropriate description to how I felt. No, not necessarily burnout – more like in deep question to how my life would be, should be, and could be in contrast to what people around me have been telling me to do versus what I can do based on my capabilities versus what I just want to do with my life. It’s hard. It practically consumed my nights with plentiful rounds of what ifs.

Travel is an investment. I can always keep frugality in mind but I agreed to go on a trip to three interesting destinations in the country because why not, right? I can’t do full time on quarter life crisis. I needed a break to contemplate and puzzle my way to the happiness and self love that I think I deserve. It was an honor to travel side by side with Ilonggo Bloggers via Air Asia, a low cost airline offering affordable fares to over 120 destinations across Asia.

Chasing Wonders in Baguio, a guide to Baguio. We flew from the Iloilo International Airport to the Ninoy Aquino International Airport Terminal 4 and made our way to the Victory Liner Bus Terminal to Baguio. Officially the City of Baguio and geographically located within Benguet, Baguio is a mountain resort city and is dubbed as the Summer Capital of the Philippines due to its cold climate. It can be recalled that the temperature in Baguio has plummeted to 11.4 degrees Celsius last January. This is due to the fact that the city is situated around 5,000 feet above sea level. The temperature was perfect. It complemented my cold, dead heart and soothed my steaming head. Just kidding, partially.

Oh My Gulay Artist Cafe. Settled on the fifth floor of the La Azotea Building along Upper Session Road is Baguio’s pioneering vegetarian restaurant cum art space for emerging talents from the Philippine Cordillera. The restaurant is also a supporting service to Victor Oteyza Community Art Space (VOCAS). Profits allows artists from Baguio and Cordilleras to exhibit artworks. One thing that caught my attention aside from the aesthetics and breathtaking ambiance are the eccentric names of dishes in the menu. Ordering felt like a cursing match with the waiter. ‘Isang Punyetang Shitake, Anak ng Putanesca!’ It felt great to let out curse words once in a while. 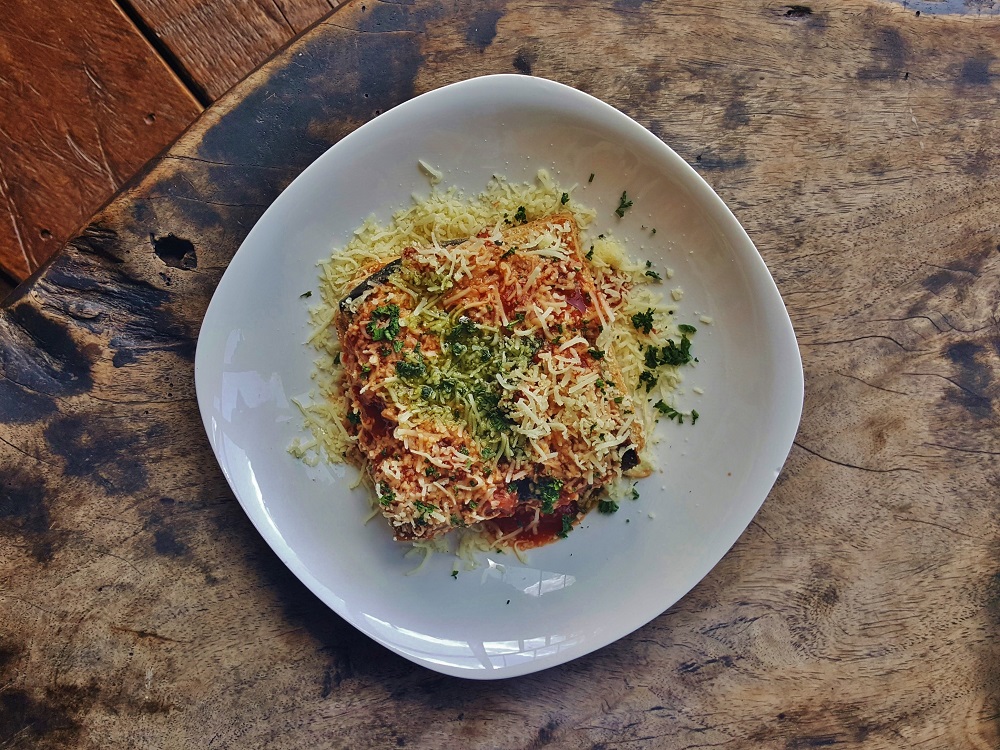 Baguio Public Market. Located on the lower end of Session Road and behind Maharlika Center, the Baguio Public Market is a haven for supplies and souvenirs. Fresh vegetables, strawberry jam, peanut brittle, fresh flowers, blankets, sweaters, the famous Baguio broom, and the more famous Baguio strawberries are just some of the commodities sold at the market. Packed strawberries, packs of three, are sold at Php 100. Unpacked strawberries, per kilo, costs more or less Php 200. Baguio is literally strawberry heaven.

Our Lady of Lourdes Grotto. The main purpose of my travel is to find myself while getting lost. The Our Lady of Lourdes Grotto, located in the western part of the city, is a Catholic shrine, pilgrimage site, and place of meditation. It is settled on a hill and can be accessed through a flight of stairs – 252 steps to be exact. The grotto was constructed to commemorate the visions of the Virgin Mary by Bernadette Soubirous that transpired in 1858 in Southern France. The visions were declared authentic in 1862 and led to the authorization of the cult of Our Lady of Lourdes. The uphill climb felt like penance, but atop, gave me a few minutes to reflect. 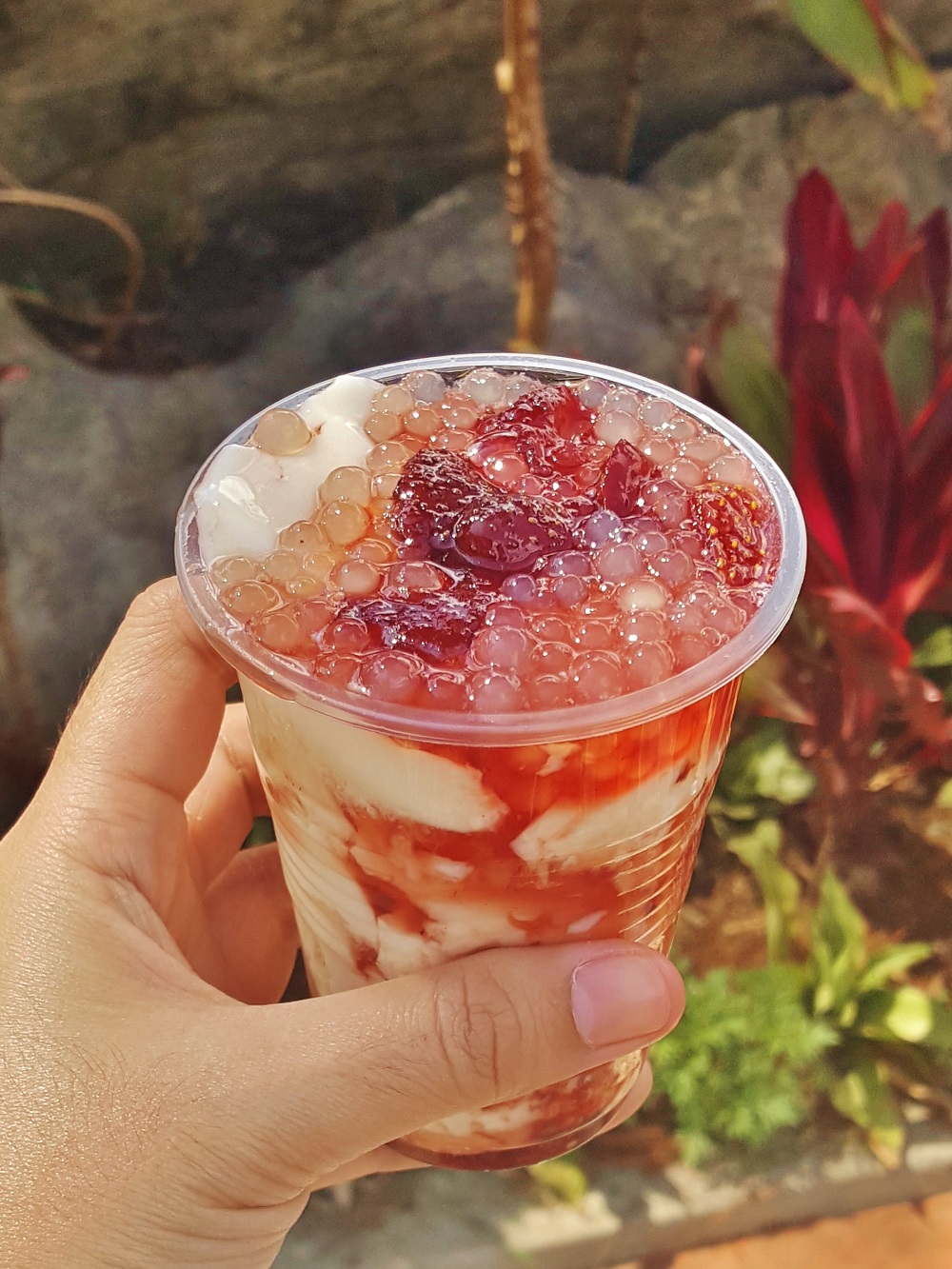 Strawberry Taho enroute to the Our Lady of Lourdes Grotto

Dominican Heritage Hill and Nature Park. Also goes by the name Dominican Hill Retreat House and Diplomat Hotel, it is an abandoned and allegedly haunted structure atop Dominican Hill in Baguio. To date, it is undergoing rehabilitation through the efforts of the city government. The structure actually has an unnerving history. Originally intended as a vacation house for American friars of the Order of Preachers, commonly known as Dominican Order, 17 hectare property was constructed in 1913. Thus, the hill where the building stands was christened Dominican Hill. However, during the World War II, it became a place of refuge for people fleeing from Japanese forces. The Japanese Imperial Army eventually invaded the property and made it into their headquarters, turning it into a garrison where barbaric acts transpired – torturing, raping, and decapitating priests, nuns, and refugees. The place was cleansed during the Philippine liberation in 1945. In 1973, the property was acquired and officially became Diplomat Hotel. The new owner, however, died and the property was abandoned. To date, it is now known as the Dominican Heritage Hill and Nature Park and declared a National Historical Site. A prayer goes out to the souls who died there. 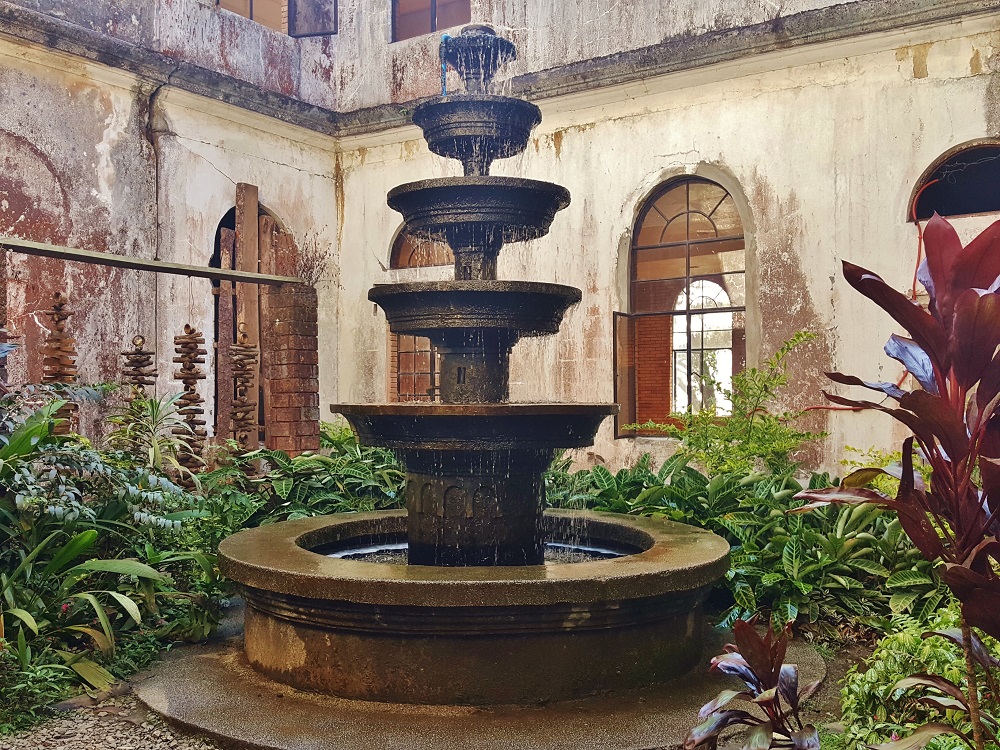 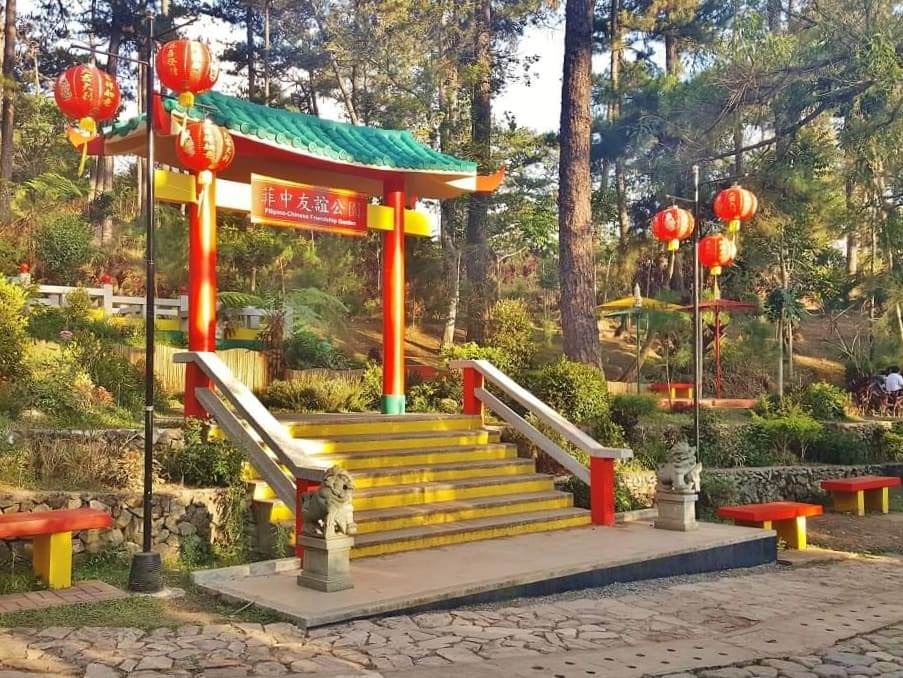 50’s Diner. Would you believe that the above itinerary was only our day one in Baguio? All those beautiful destinations compressed in one day. I dream of going back just for a week, no frills. I would love to sit on a bench at the Botanical Garden for a day, just reflecting on life. I would still want to go back to Diplomat though, given that there is enough daylight to ward off the chilling history of the place. Nevertheless, Baguio is a beauty. A beautiful, beautiful place to be. Then it’s dinnertime. Located along 92 Upper General Luna Road Corner Brent Road, 50’s Diner is a 50’s inspired American retro diner decorated with pop culture memorabilia. 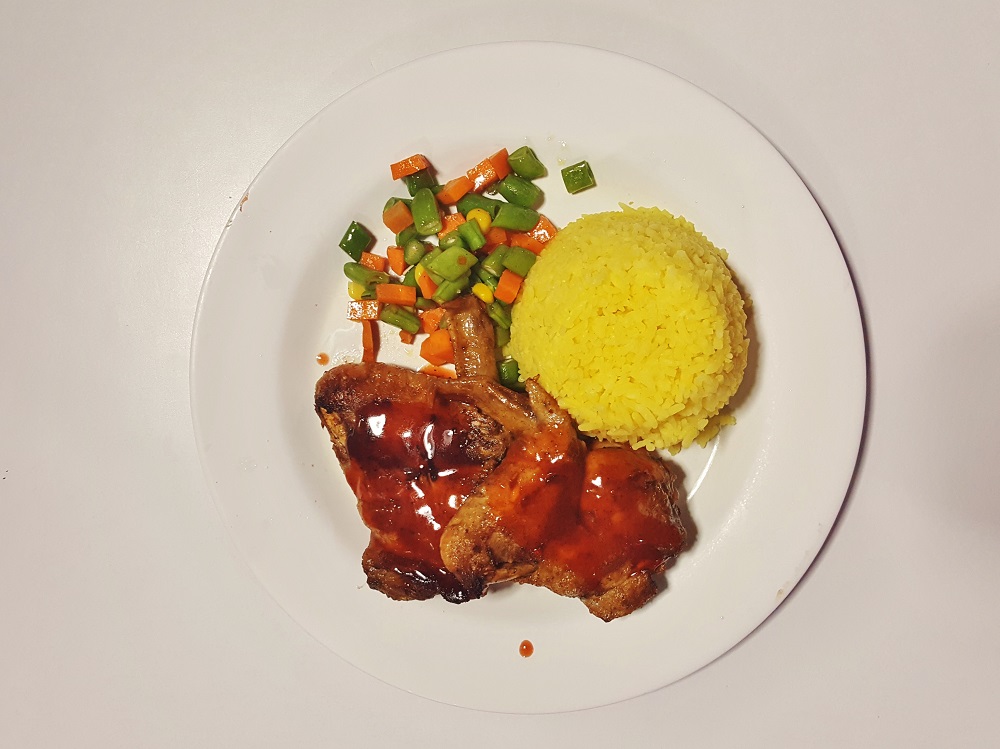 Strawberry Farm La Trinidad, Benguet. La Trinidad, the capital town of Benguet, supplies most of the strawberries sold at the Baguio Public Market. Much of the produce comes from strawberry farms in the outskirts of Baguio and in nearby municipalities. The farm is 30 minutes away from Baguio City via Jeepney. It is best to come early though as traffic gets worse later in the day. On site, you will be greeted by a long line of stands selling strawberry produce and products. Strawberry preserve costs Php 100 for five (5) small bottles – best buy. The Strawberry Picking Activity, meanwhile, is free but harvested produce costs Php 450 per kilo. It is a fun activity for the family and barkada. 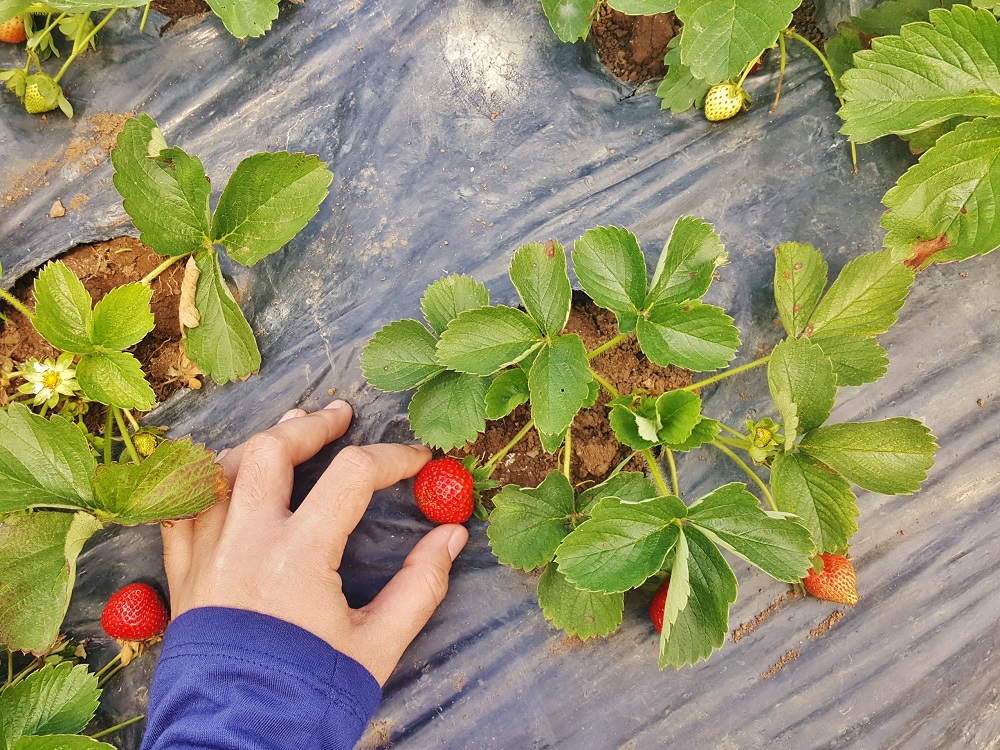 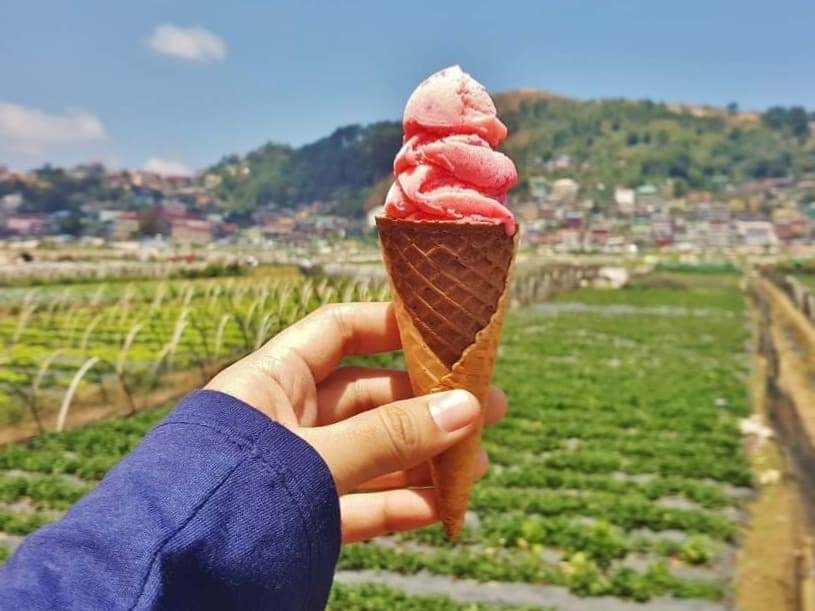 Camp John Hay. Is probably one of the best places I’ve been to in Baguio, as in. Camp John Hay is a mixed used development serving as a tourist destination and forest watershed reservation, and formerly a military base of the United States Armed Forces. For Php 60 standard fee (Php 40 for residents; Php 30 for senior citizens, students, and persons with disability; Php 1,000 for photoshoot) visitors can get to explore the following: The Bell House, named after Major General James Franklin Bell who designed the Bell House along with structures within the Camp John Hay Historical Core; The Bell Amphitheater, perfect for events complemented by a gazebo, multi terrace garden, and a seating capacity of 500; History Trail and Secret Garden; Cemetery of Negativism, designed by Base Commander Major John High Tower, the cemetery is a ‘symbolic burial place of negativism, said to be man’s greatest self imposed infliction, his most limiting factor, and his heaviest burden’; and The Totem Pole, a hand crafted wooden fixture by Ernesto Dul-ang. 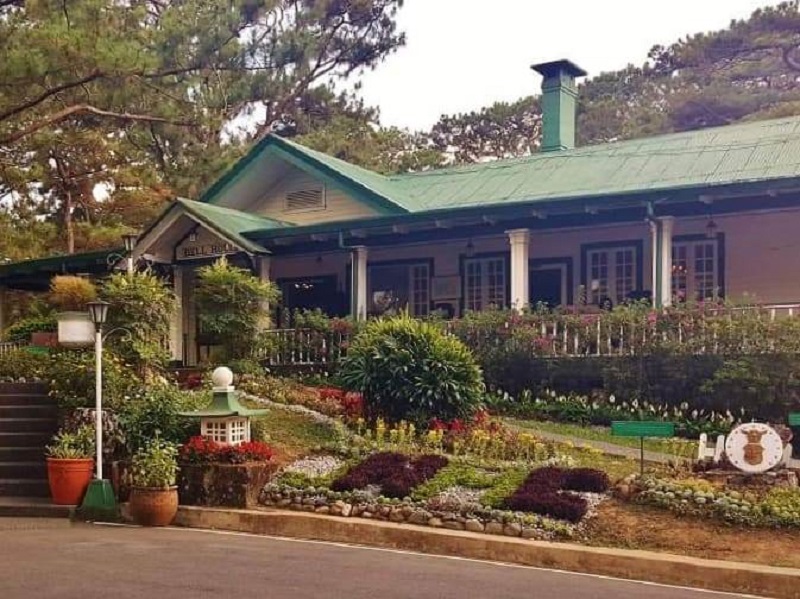 The Bell House, named after Major General James Franklin Bell who designed the Bell House along with structures within the Camp John Hay Historical Core 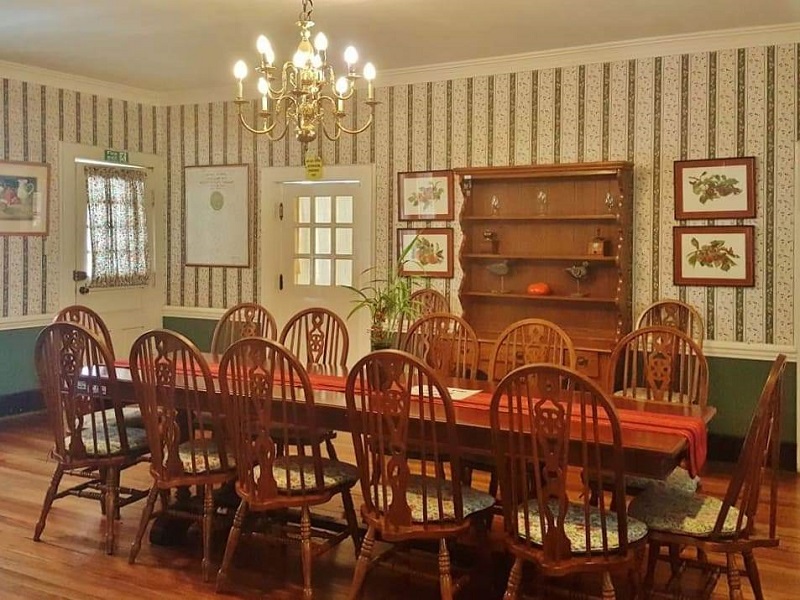 Frankly speaking, it felt like the Cemetery of Negativism was made for me, made for people like me. I used to be pro-positive. Then life happened. I can’t help it. I am a realist. Not trying to demean the word, but life has been problematic. Also not trying to rationalize, although I am, but it feels like that negativism is a way for me to expect the worse, all the time. So that if ever the worse indeed happened, I have already anticipated it. I don’t have to be in a state of shock for a long time. I have extremely poor coping mechanisms when caught off guard. Anticipating the worse is key. Then again, positivity makes life easier to bear with instead of moping around with thoughts of dread all day. Thoughts to ponder still.

Cemetery of Negativism, designed by Base Commander Major John High Tower, the cemetery is a ‘symbolic burial place of negativism, said to be man’s greatest self imposed infliction, his most limiting factor, and his heaviest burden’

Mines View Park. Is the last of our itinerary but it provides the ‘bestest of the bestest’ view of Baguio. It is the most visited park. Mines View Park is an overlook park on the northeastern outskirts of Baguio. The park overlooks the mining town of Itogon, particularly the abandoned gold and copper mines of Benguet Corporation. Mines View Park also offers a panoramic view of the Amburayan Valley. 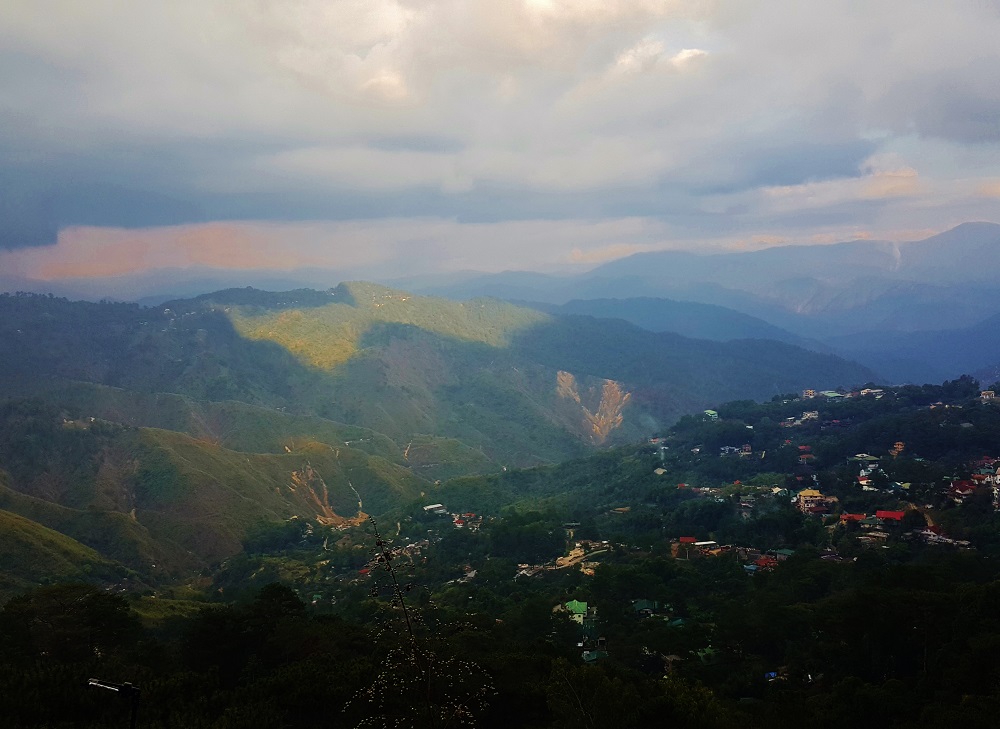 The two day itinerary was too short. If given the chance, I would spend a week or so to fully revel in the offerings of Baguio. I was not able to totally reflect as intended, but it had me started. I was so confined in my comfort zone in Iloilo that exploring new horizons was always out of the question. However, travel does nourish the soul. It had me thinking of future trips to somewhere far this year. The thoughts I had prior the travel was still with me even after the trip but I think it is a continuous process, we need it. In a way, it is significant to help us shape our steps towards the future we have always been looking for.

Catch my next article: Chasing Wonders in Binondo and Manila: Another Feel Trip – coming soon!

Going to Baguio? Book your next hotel with Agoda. Agoda is one of the world’s fastest-growing online travel booking platforms. Established in 2005, the start-up quickly expanded in Asia and was acquired in 2007 by Booking Holdings Inc. – the world’s largest seller of rooms online. Agoda is headquartered in Singapore, with 53 offices in major cities across over 30 countries and over 3,700 staff worldwide. It provides a network of over 2 million accommodation properties, including apartments, villas, homes, and hotels backed by over 15 million real traveler reviews. (Source: Agoda)