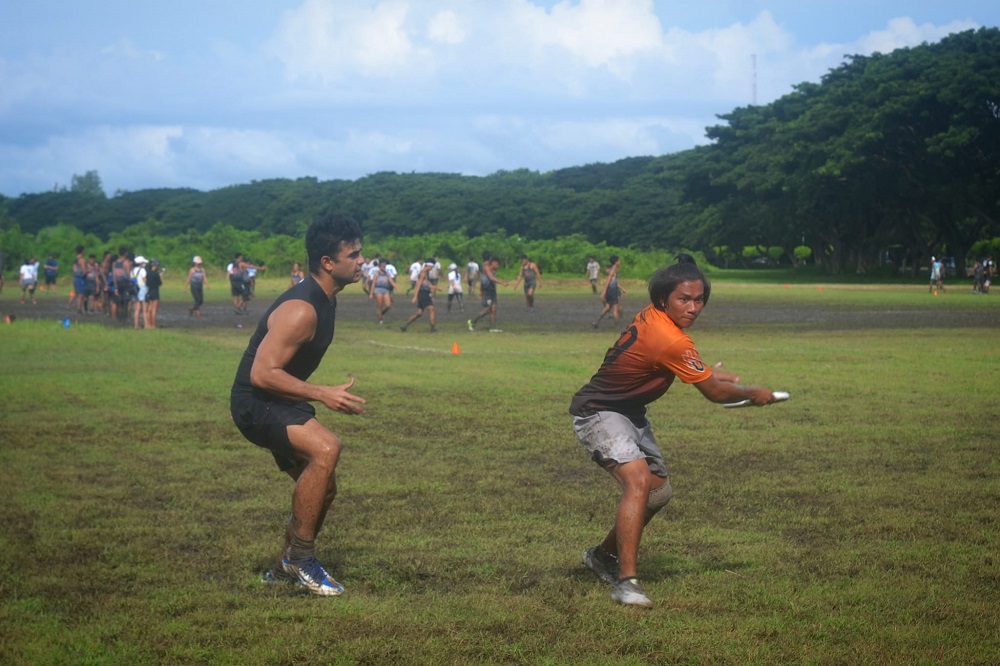 Huck o Hulyo: Iloilo’s annual ultimate frisbee invitational tournament, Huck o Hulyo, recently culminated last July 30 and 31, at the Savannah Football Field. The event is sanctioned by the Philippine Flying Disc Association and highlights teams from different regions in the country. Apart from the invitational tournament, a weekend market was assembled in the Camella community.

Also known as ‘Ultimate, Frisbee is a non-contact team sport played using a flying disc, flung by hand. Its origins date back to 1968 and it is considered unique because the sport is self-officiating, even at the highest levels of competition (USA Ultimate Org). Points are scored by passing the disc to a teammate in the opposing end zone. Basic rules include players not taking steps while holding the disc, interceptions, incomplete passes, and passes out of bounds are turnovers.

Huck o Hulyo, now in its 11th year, started with four teams in 2009 and is organized by the Iloilo Ultimate Players Association (IUPA), a grassroots organization started in 2006 and composed of players from Iloilo province. To date, Huck o Hulyo is one of the largest frisbee tournaments in the country and is accredited by the Philippine Flying Disc Association (PFDA), a nonprofit organization that oversees flying disc activities in the country.

In this video: Neco Tupas, one of the organizers of the event, talks about Huck o Hulyo

It is also in partnership with Camella, a trusted house and lot builder with the widest geographic reach in the country. Camella, having over four decades of expertise in the industry, has established itself as a true Filipino housing brand. To date, the property developer has established townships in 47 provinces and 149 cities in the country – and counting. Camella has been home to half a million families – ever staying true to its promise of bringing “every Filipino family to their dream life”. Read: Camella: Creating Dream Communities