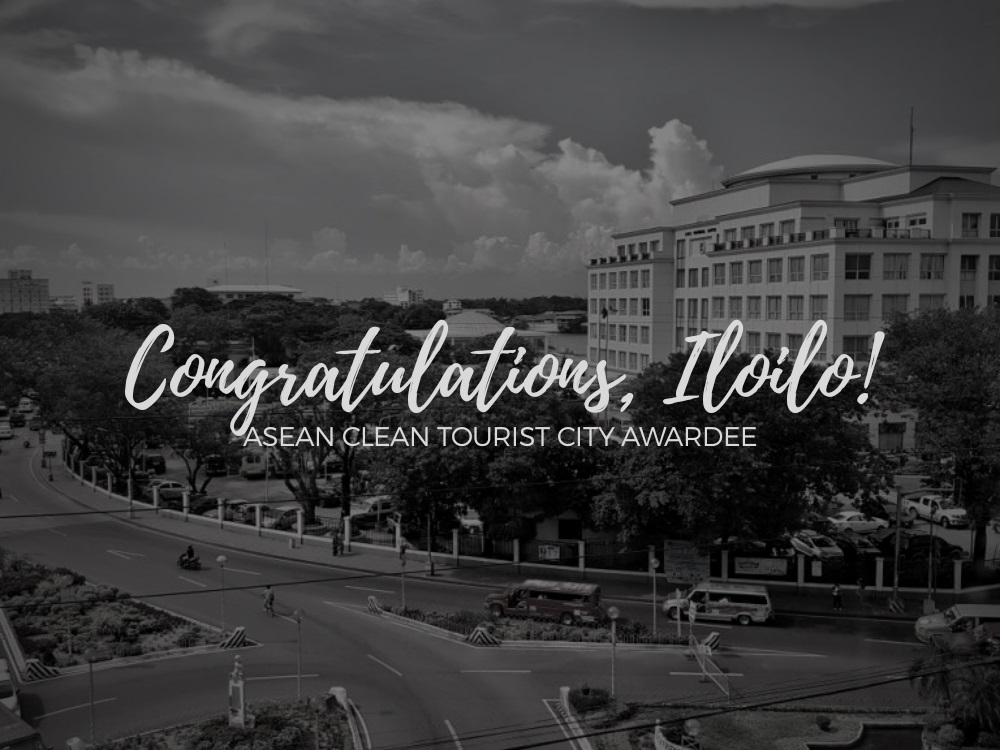 Just recently, Iloilo City Mayor Jerry Treñas received the Association of Southeast Asian Nations (ASEAN) Clean Tourist City Awardee plaque from the Department of Tourism (DOT) Regional Director Atty. Helen Catalbas. The Department of Tourism accepted the award on behalf of the City of Government during the ceremony held in Brunei last month. The award aims to ‘provide member states with a tool that will improve their tourism quality, increase marketing competitiveness but also improve the situation of residents and livelihood by alleviating poverty’.

“We have done a lot of things to keep Iloilo City clean and beautiful, so we are very proud of this achievement,” states Iloilo City Mayor Jerry Treñas, in a Facebook post. The said award is given to cities that have ‘endeavored to beautify public areas, improved the environment and sanitation, enhanced urban spaces, and promote their man-made and natural attraction’.

It can be recalled that Iloilo City Mayor Jerry Treñas has vowed to ‘beautify’ Iloilo and has since assigned green guards to protect public areas and public property. It can also be recalled that the local government implemented a road clearing operation as mandated by President Rodrigo Duterte and the Department of the Interior and Local Government. The movement aims to ‘give back public areas to the people’. Treňas was also elated to announce that the city acquired an 83% rating on road clearing operations.

Moreover, the local government unit’s fourth phase of the roadmap, W.H.E.E.L.S. for inclusive development, focuses on environmental management, rehabilitation, conservation, protection of rivers, coastal and marine resources. The movement focuses on closer engagements with the Department of Environment and Natural Resources, Land Transportation Office, Department of Health, the Academe, and other stakeholders for Waste to Energy Programs. To add, it also focuses on the improvement of all plazas and esplanades.