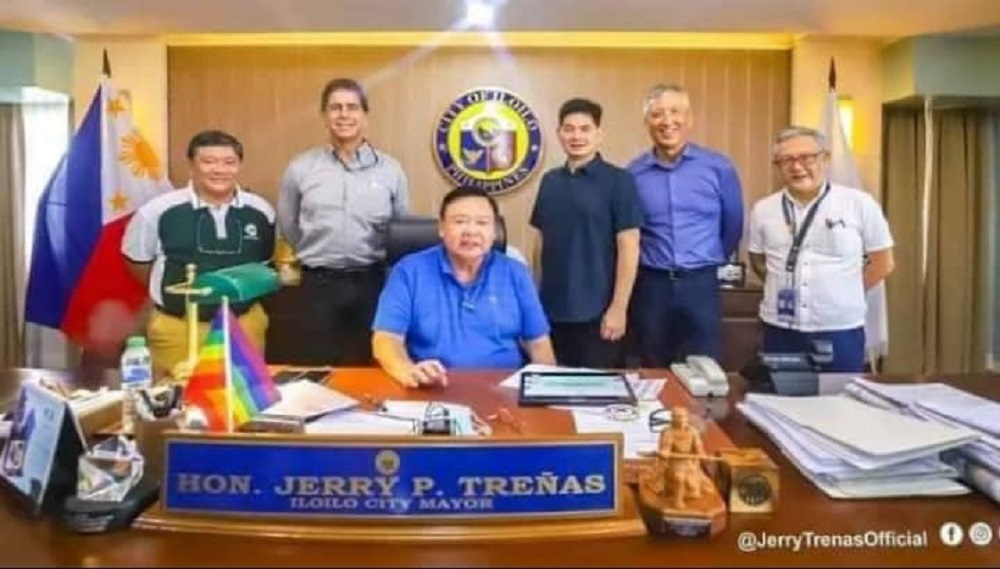 Iloilo City pushes the possibility of using electric vehicles to address the plight of increasing oil prices. Early this week, Global Electric Transport (GET) the supplier of the first mass electric mobility service in the Philippines paid a courtesy visit to Iloilo City Mayor Jerry P. Treñas together with More Electric and Power Corporation (MORE Power Iloilo) President Roel Castro. The team, led by its President and former Taguig Mayor Freddie Tinga, aims to provide an alternative to the transport and commuting sector due to the increasing trend in oil prices.

Electric vehicles are seen to deliver a public transport system that will pave way for a safe, affordable, and green transport network, given that Iloilo City offers the lowest power rate in the country.

According to Tinga, operators and drivers can spend less when using electricity compared to gasoline. It would also aid the environment because of its zero-carbon emission making it a better alternative for commuters.

GET has more than 50 serviceable units of minibus operating in Manila, Cebu City, and Davao City.

Tinga also met with the transport cooperatives for possible partnerships for the success of the project.

MORE Power initiated the forum with the leaders of transport cooperatives operating in the city as well as councilors Sedfrey Cabaluna and Rommel Duron. Also present in the forum was the Public Safety and Traffic Management Head, Jeck Conlu. They discussed the viability of this venture as a sustainable solution for Iloilo City aligning this project to Mayor Jerry Trenas’ core vision for Iloilo City to build a better community for the Ilonggos. It may be recalled that the administration aspires to continue not just the usual mandate of delivering basic services but also focus on initiatives that will fuel Iloilo City’s progress.

GET’s intervention is timely, as their complete transportation ecosystem puts together proprietary electric vehicle technology, app-based management, payment platform, and an integrated business model that is low cost, low risk, but is a high impact project that addresses the dangers of climate change, generates responsible profit and transforms urban environments.