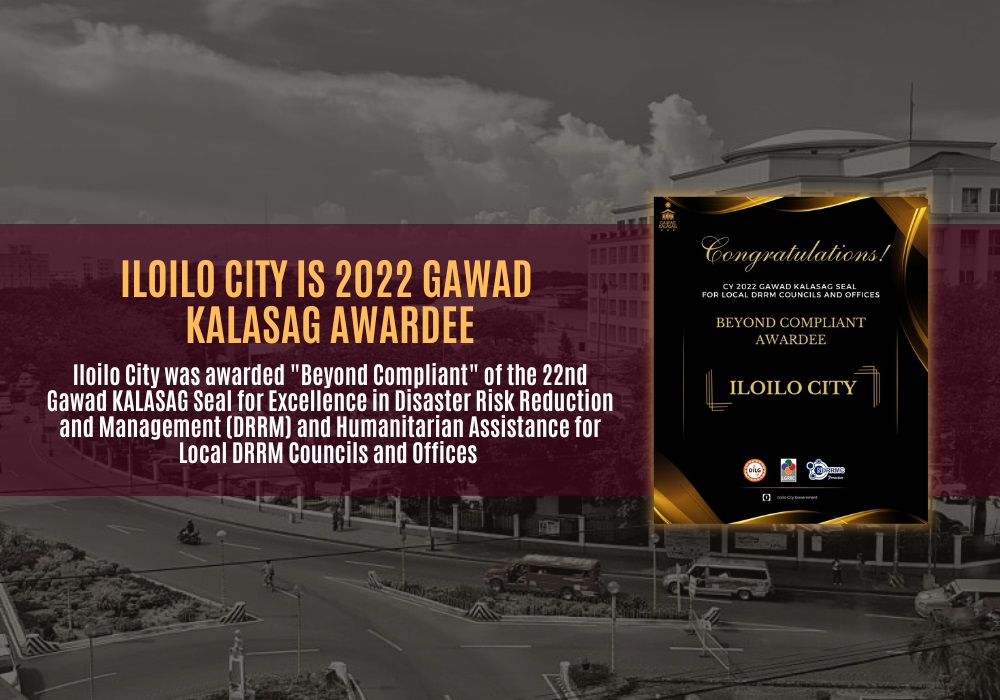 Iloilo City as Gawad Kalasag Awardee: The “Beyond Compliant” award is for those that exceeded the standards for the establishment and functionality of the Local DRMM Councils and Local DRRM offices as prescribed under Sections 11 and 12 of the Republic Act 10121.

Gawad Kalasag aims to recognize various stakeholders who design and implement DRRM projects that protect and shield high-risk communities from hazards while also assisting them in addressing their vulnerabilities and disaster-coping mechanisms. The award has major assessments intended for local government units that have engaged in the promotion of inclusive DRR and CCA initiatives.

Kalasag which stands for KAlamidad at Sakuna LAbanan, SAriling Galing ang Kaligtasan is named after the Filipino word for shield, “kalasag,” which means “protection” from attacks of enemies or harmful animals. (Andrea Pearl Fernandez/Iloilo City PIO)