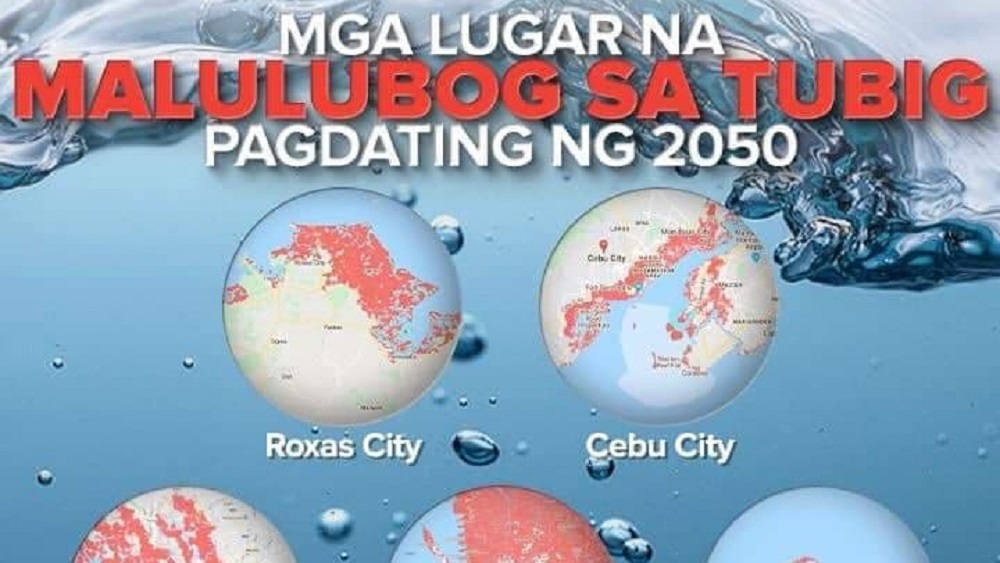 Iloilo City Submerged by 2050: Just recently, Iloilo City was included in the list of areas that will be submerged in water by 2050, in a study conducted by Climate Central. Other Philippine areas included in the list are Roxas City, Cebu City, Northwest Metro Manila, City of Manila, Southwest Metro Manila, and Zamboanga City. Related: Everything Homeowners Need to Know about Climate Change and Flooding

“Sea level rise is one of the best known of climate change’s many dangers. As humanity pollutes the atmosphere with greenhouse gases, the planet warms. And as it does so, ice sheets and glaciers melt and warming sea water expands, increasing the volume of the world’s oceans. The consequences range from near-term increases in coastal flooding that can damage infrastructure and crops to the permanent displacement of coastal communities,” in an article published by Climate Central.

According to Climate Central, global sea levels are projected to rise around 2 to 7 feet, and possibly more. In addition, the organization stressed that ice sheets in Greenland and Antartica are destabilizing.

“Over the course of the twenty-first century, global sea levels are projected to rise between about 2 and 7 feet, and possibly more. The key variables will be how much warming pollution humanity dumps into the atmosphere and how quickly the land-based ice sheets in Greenland and especially Antarctica destabilize. Projecting where and when that rise could translate into increased flooding and permanent inundation is profoundly important for coastal planning and for reckoning the costs of humanity’s emissions,” stated in the article. Read more: global vulnerability to sea level rise

Studies assume that if greenhouse gas emissions continue, along with Antartic instability, 7 million Filipinos could be threatened by inundation by mid century, in an article by Philippine Star. Read more in 30 years, rising seas threaten Philippine cities 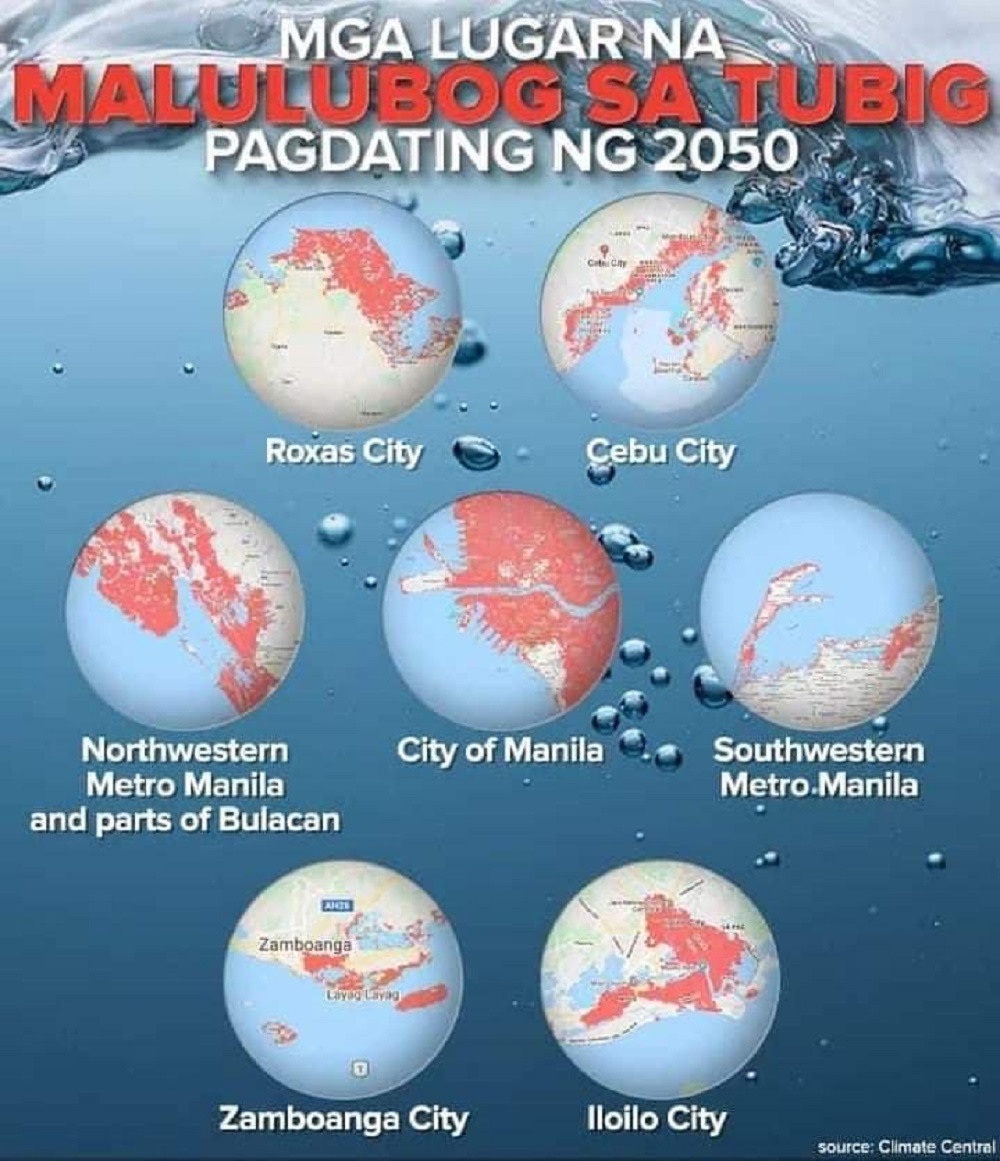