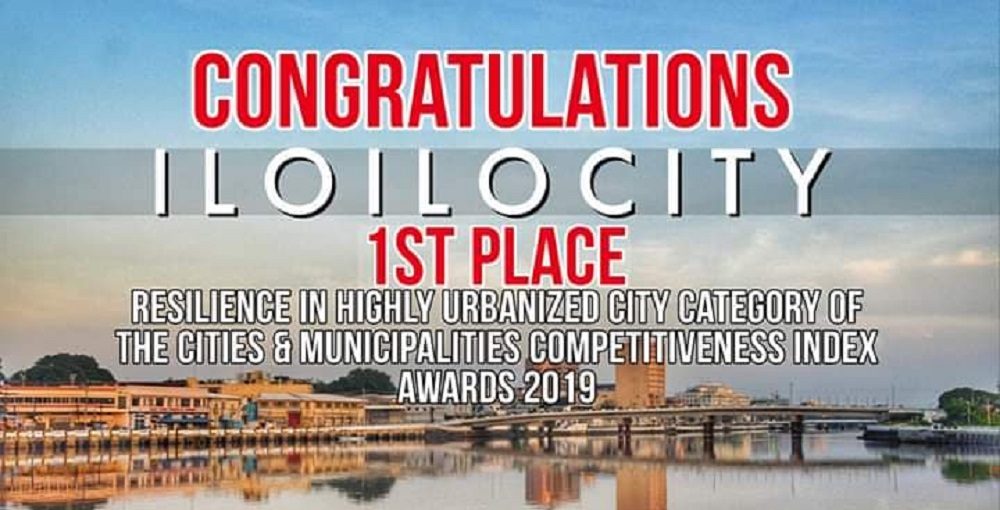 Just recently, Iloilo City was hailed as ‘most resilient’ in the highly urbanized city category of the Cities and Municipalities Competitive Index Awards 2019. The Department of Trade and Industry gave the recognition during the 7th Regional Competitiveness Summit at the Philippine International Convention Center.

Local government units were ranked based on four convergent pillars: economic dynamism, government efficiency, infrastructure, and resiliency. Resiliency, in the context of local level, refers to the ability of the community to adapt and facilitate inclusive growth.

Iloilo City Mayor Jerry Treňas was elated with the news.

“Crises may test our steadfastness but our unwavering persistence and preparedness will always equip us. With our commendable resilience, Iloilo City was awarded as this year’s 1st Place for Resilience in Highly Urbanized City Category of the Cities and Municipalities Competitiveness Index (CMCI) Awards 2019, during the 7th Regional Competitiveness Summit at the Philippine International Convention Center in Pasay City today. I am very proud of our city. This achievement is because of our collaborative efforts, my beloved Ilonggos!” states Iloilo City Mayor Jerry Treňas.

“I am glad to hear that more and more LGUs are seeing the importance of the CMCI project. The CMCI now has 1,518 cities and municipalities, from 122 cities and 163 municipalities in its pilot run in 2013. Beyond being an annual ranking event, it is a vital opportunity for policymakers and public officials to see where things are, compare it to past performance, and relate it to the experience of other localities. As such, the program serves as a driving force to do better, to be more innovative, and to utilize and manage resources more effectively,” states Ramon Lopez, Secretary of the Department of Trade and Industry. 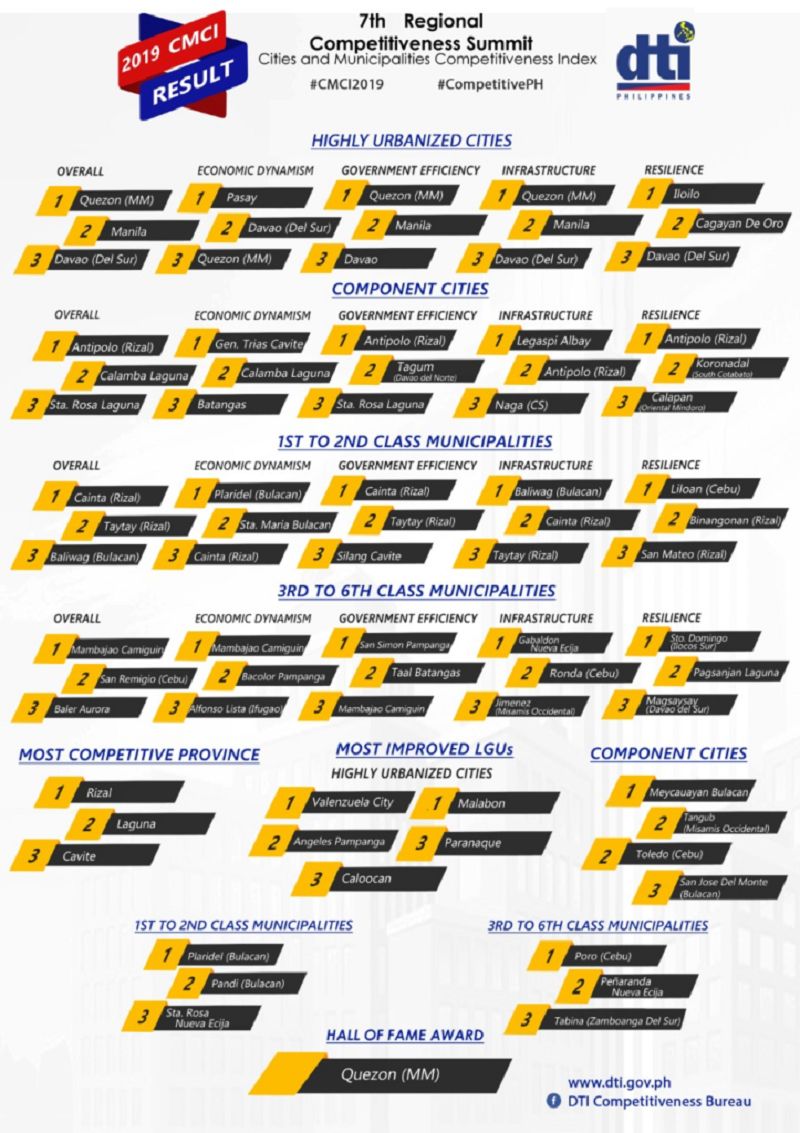