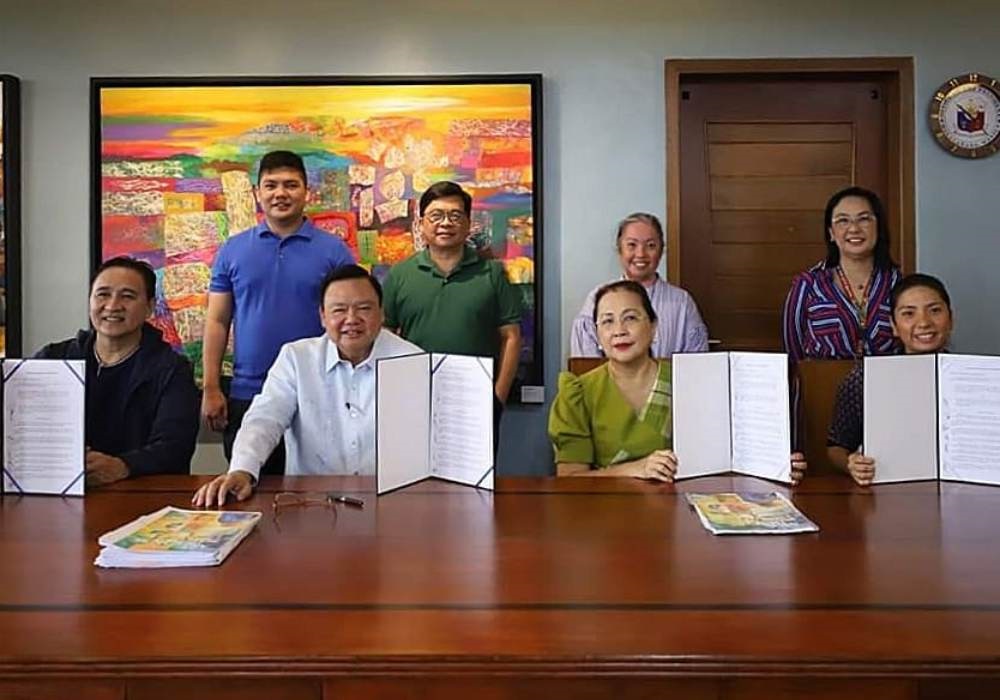 Ilonggo Art Book to Launch Soon: The Iloilo City Government and Iloilo Festivals Foundation Inc. (IFFI) signed a Memorandum of Agreement (MOA) for the launch of the official Ilonggo art book “Art in the Heart of the Philippines” on Wednesday, January 4.

Iloilo City Mayor Jerry P. Treñas and First Lady Rosalie led the MOA signing of the art book, which is a catalog of local artists that aims to promote Ilonggo art scenes and visual arts. The book will feature about 200 artworks by 180 local artists from 13 art groups and independent artists in Iloilo.

“We want to encourage and highlight our visual artists; we are happy with the partnership with the Iloilo Festivals Foundation, because they have not only remained strong when it comes to Dinagyang and other festivals, but we are also cooperating with them in other fields such as cooking and visual arts, and we look forward to more partnerships with IFFI for the good of Iloilo City,” Mayor Jerry P. Treñas said.

We are very happy with the partnership with the Iloilo Festivals Foundation Inc. because the IFFI has not only remained strong when it comes to Dinagyang Festival. We have cooperated with them on other fields like cooking, and now the arts,”he added.

This art initiative aims to sustain local talents to preserve the rich Ilonggo traditions as these masterpieces contribute to increased art awareness and appreciation for the public as part of the vision of making Iloilo City the Arts Capital of the Philippines. Aside from the art book, Iloilo City Government and IFFI is also working on a project with the Philippine Philharmonic Orchestra.