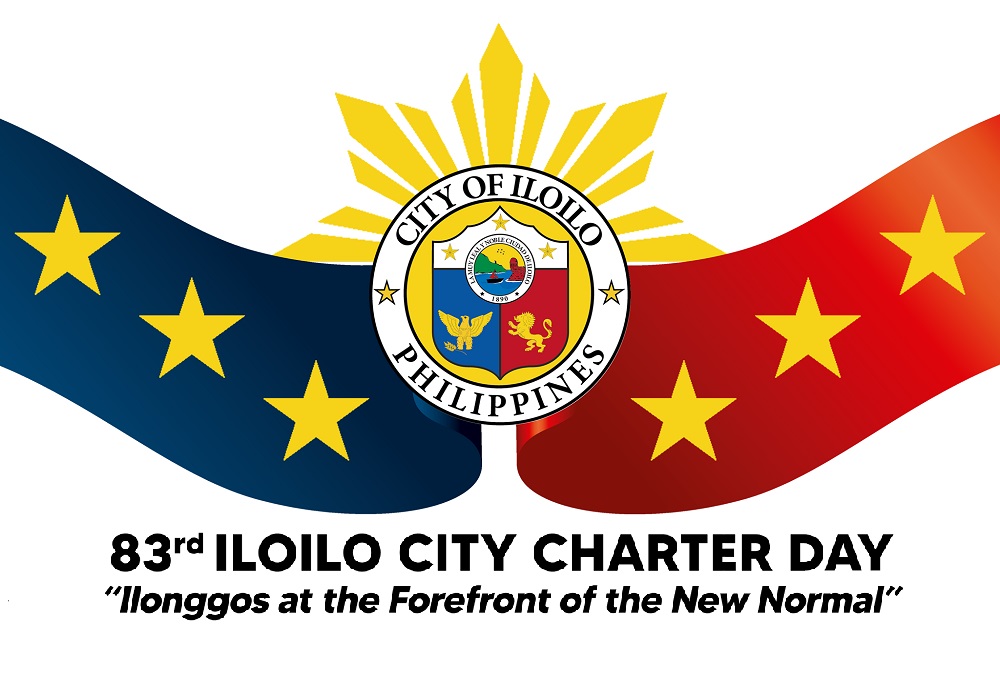 The culmination program will highlight ‘Pasidungog’ to honor the city’s frontliners and donors.

“This year’s Charter Day logo shows the rising sun and seal of the City of Iloilo to symbolize the recovery as challenged by the pandemic. The rising seal is supported by ribbons to symbolize the support of every Ilonggo towards the attainment of a safe and strong community. The stars signify that the city has achieved its goals and has done it excellently.” – excerpt from the social media post of the Iloilo City Government.

It may be recalled that decades ago, August 25, 1937 was the inauguration of Iloilo City. The ‘Iloilo Charter Day’ came to be when Iloilo received its charter during the American Commonwealth Government in the Philippines. The momentous event was celebrated with a parade that commenced from the Iloilo Provincial Capitol, now Casa Real, to the newly constructed Iloilo City Hall of that time. The route was from Bonifacio Drive through Iznart St and JM Basa St., to Plaza Libertad, through Rizal St, Mabini St., and finally ending in front of the then Iloilo City Hall.

Four divisions graced the parade with the first division having lead flags, American and Filipino colors, followed by the Grand Marshall, band, military, police, veterans, and the media. The activities in the 1937 inauguration include ‘diana de las bandas de musica’ – showcase of musical bands, ‘salvas de morteretes’ – salvo of cannons, games and sports at the city hall, serenades, ‘fuego artificiales’ – fireworks and, of course, a helping of lechon at the event. The Provincial Governor that graced the event during the time was Timoteo Consing – together with other commendable officials including then-Mayor Ramon J. Campos. A feast was also held in honor of Vice President Sergio Osmeña and Secretary of Interiors Elpidio Quirino.