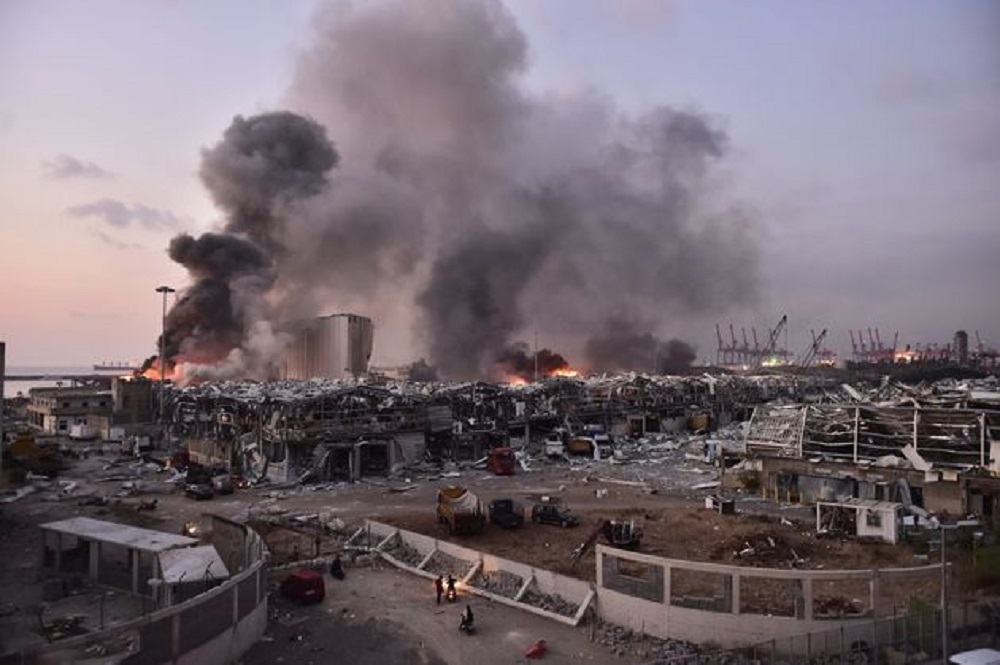 The funds will be used for the expansion and establishment of Intensive Care Units (ICU), as well as provision of trauma kits, ventilators, medical supplies, and medicine.

UN details that almost 80,000 children among 300,000 people have been displaced after the fatal explosion. The accident caused around 140 fatalities, including 5,000 injuries and hundred still missing. Read more: ‘Immediate humanitarian assistance’ mobilized in force, to support Beirut after deadly blast, an article published in the United Nations website.

What happened to Beirut?

According to Facebook Crisis Response: a massive explosion happened in a warehouse near the Beirut Port Silos building at the Port of Beirut. The powerful explosion and the resulting shockwave have caused widespread damage across the area, including damage to numerous buildings located as many as six miles away from the port area.

A portion of the large wheat grain silo at the port was completely destroyed and has collapsed, while the nearby Electricite du Liban (EDL) building was also damaged, and at least one ship that was docked at the port may have also been damaged, among countless other structures that were damaged throughout the surrounding area. The explosion is also believed to have disrupted internet services across Beirut and elsewhere around Lebanon.

In addition, disruptions to power supply have been reported in multiple locations across Beirut. The disruptions to thepower supply and internet services are reportedly hampering the ongoing search and rescue efforts, as well as medical treatment in some hospitals. Officials have asked residents in the city to wear a facial covering due to concerns over the possibility of toxic gases released following the blast.

Government officials cited by media sources have indicated the cause of the initial explosion involved a fire and the mishandling of fireworks inside a warehouse, while the second more powerful explosion most likely involved an incident at a nearby depot containing highly explosive materials, including ammonium nitrate, both of which were located near the Port Silos building at the port. The situation has prompted an enormous emergency response across a large area around the port, including assistance from the Red Cross and the Lebanese Army, among other agencies. Expect associated localized disruptions in the area as emergency services respond at the scene.
(Updated August 5, 2020 at 10:10 AM. Info from NC4, an independent global crisis reporting agency. Photo by Anadolu Agency via Getty Images.)