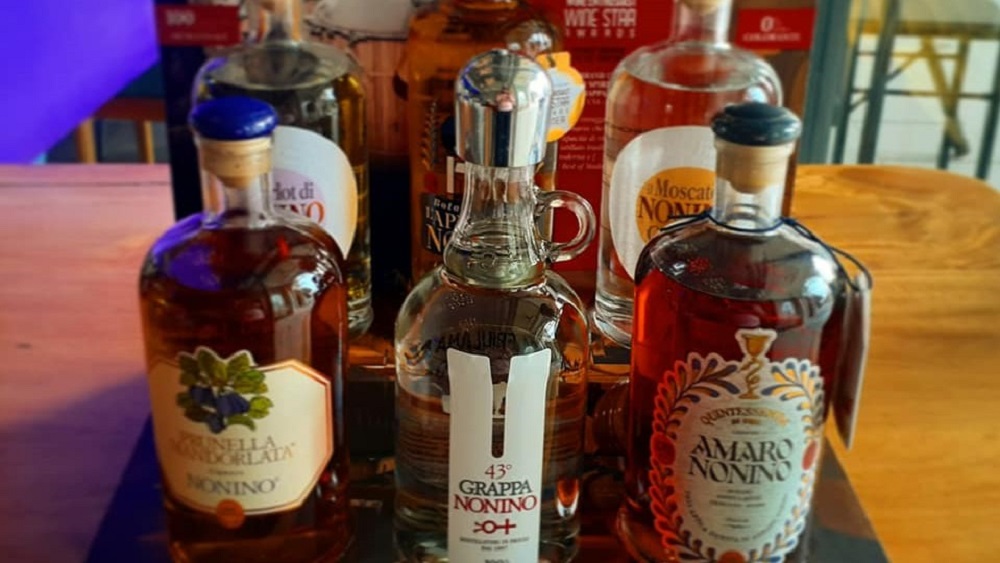 Nonino, awarded as the best distillery in the world in 2019 by the Wine Enthusiast, highlights a unique method of distillation that has been a Nonino family privilege since 1897.     Nonino became the first company to produce commercial grappa, a grape-base pomace brandy, from ‘picolit’ grape (in 1973). In 1984, the company was able to produce the first whole-grape distillate, marketed at Ue.

“Nonino distillates in fabulous cocktails and aperitifs for the happiness of the palate and the spirit. Suggested by international mixologists everywhere in the world. Nonino cocktails and Aperitifs: to be tasted in company to celebrate an anniversary, to relax after an intense working day or before flinging into a love declaration, while listening to your favorite music or as the perfect beginning of a romantic evening! Drink responsibly,”excerpts from the Grappa Nonino website.

Over the years, the brand received recognition from award giving bodies, including ‘hall of famer’ for Spirit Journal in 2011, 2012, and 2015. Some of its awards include winning a double gold medal at the San Francisco World Spirits Competition in 2008, the Chairman’s Trophy (most important acknowledgement of the category World Brandy, Grappa, and Grape Distillate) in 2010, the Meininger Award for ‘repeatedly providing breakthrough innovations in the grappa market and consolidating position as a pioneer of quality’ in 2020, and the Distillery of the Year by the Wine Enthusiast, also in 2020.

Another gamechanger in the wine industry is Villa Merighi, a Palio del Chiaretto 2018 gold medalist. The Villa Merighi company is headquartered in a villa from the 1700 and covers over ten hectares. Farm Villa Merighi is a certified organic farm for over twenty years. The estate, including an ancient villa with its courtyard and the surrounding vineyards, is in San Giorgio in Salici, in the province of Verona, on the morainic hills of Lake Garda.

“We love our lands, we love the art of wine-making. And we know our love needs to be nurtured by a deep respect for Nature and its perfectly balanced structures. That’s why we’ve been following the principles of certified organic farming for over twenty years. That’s why we are proud to offer excellent organic wines made with love and passion,” excerpt from the Villa Merighi website.

For more information about Grappa Nonino and Villa Merighi and for purchases, visit www.dambassador.ph. Liquors by Ezekiel is the exclusive distributor of the Italian Distillery, Nonino in the Philippines, and Villa Merighi, premium wines from Verona, Italy.