Kusina Tsina’s Eugene Chua: “Pag di masarap, libre na” is the promise of Kusina Tsina, nestled inside SM Southpoint, in SM City Iloilo. The statement speaks volumes of the restaurant’s confidence in their industry – if the food is not good enough, it’s free.

Established in 2008, Kusina Tsina started its operations along Quezon Street in downtown Iloilo, in what owner Eugene Chua describes as a ‘hole in the wall’. With its consistency, perseverance, and strong customer following, it was able to relocate to one of the biggest malls in the metro, inside SM Southpoint in SM City Iloilo – and despite the pandemic, Kusina Tsina was awarded by Grab as an industry leader in Iloilo City – Top 3 Merchant last August and Top Merchant in September.

All in all, the restaurant’s success could not be made possible without Eugene Chua.

Having been trained by Hong Kong chefs in the prestigious Chinese restaurant Gloria Maris, Chua acquired the skills of his superiors – thus abled him to lead his own venture. Chua recalls the lessons he learned during his time working with Hong Kong chefs – he considers Cantonese chefs as the best chefs due to their perfectionism and working ethics. 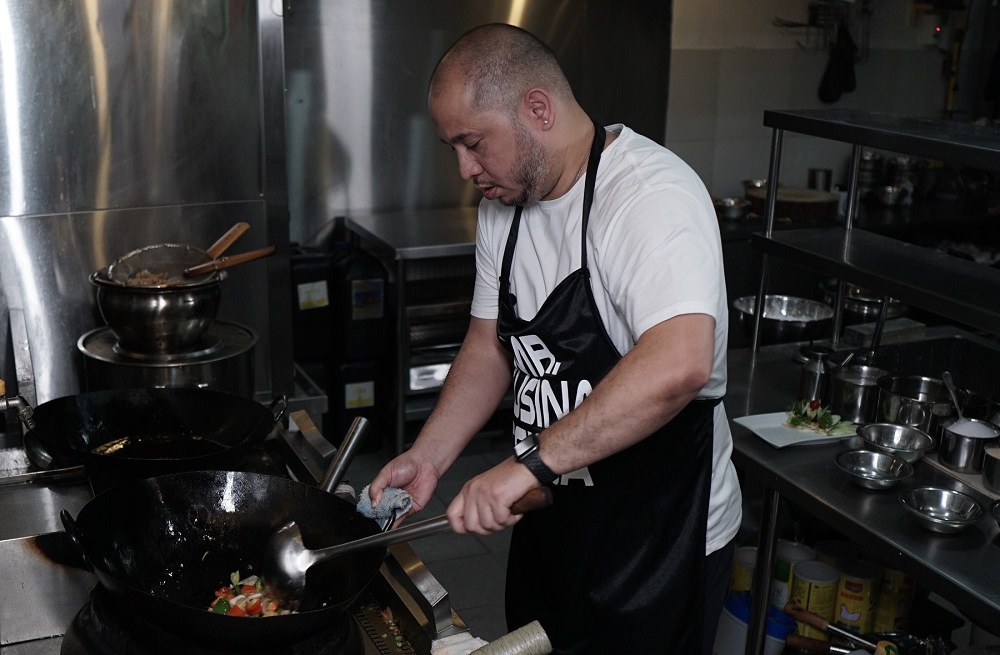 Chua’s time at Gloria Maris inspired him to open his own restaurant. Having moved to Iloilo, Chua was able to assess the needs of the Ilonggos and deemed he has so much to offer. 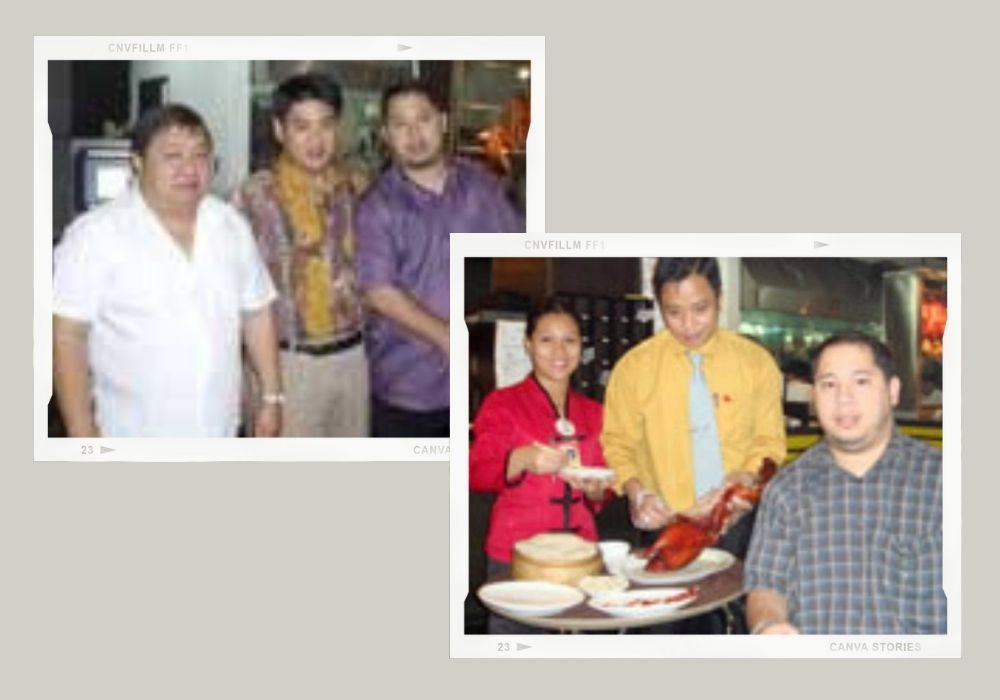 “Chua said there is no authentic Chinese restaurant here which could satisfy the taste and palate of Ilonggos that is why they had ventured to put up one. The restaurant name, Hongkong Kitchen, already connotes the rich and tasty Chinese dishes in the former British colony,” excerpts from an article by The News Today, published 2006.

“One thing that makes Hongkong Kitchen distinct from other restaurants in the city is that it exercises and maintains “quality control” over all its dishes. Their chef along with the entire kitchen staff had been trained in Metro Manila,” the article added. 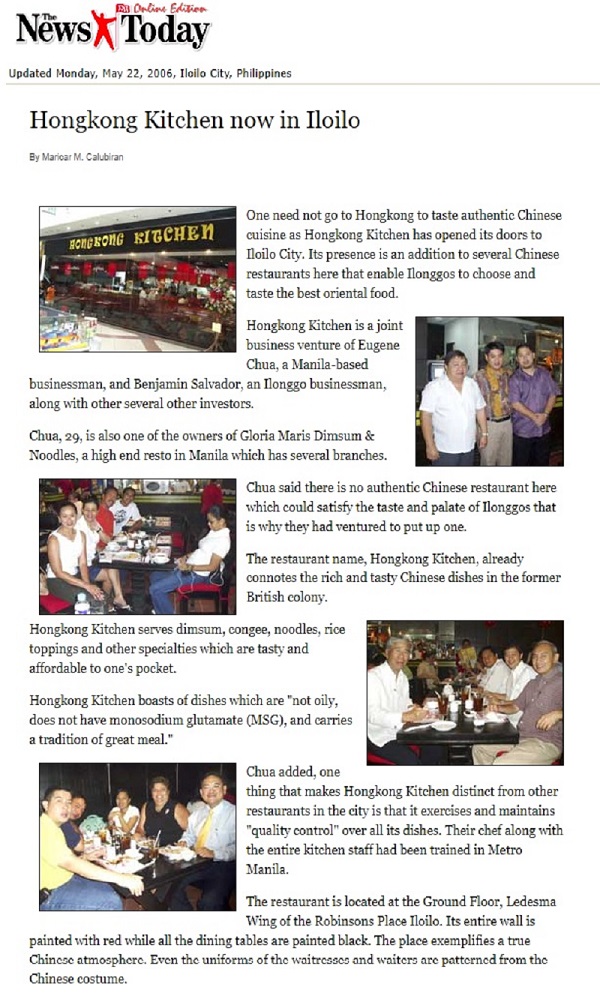 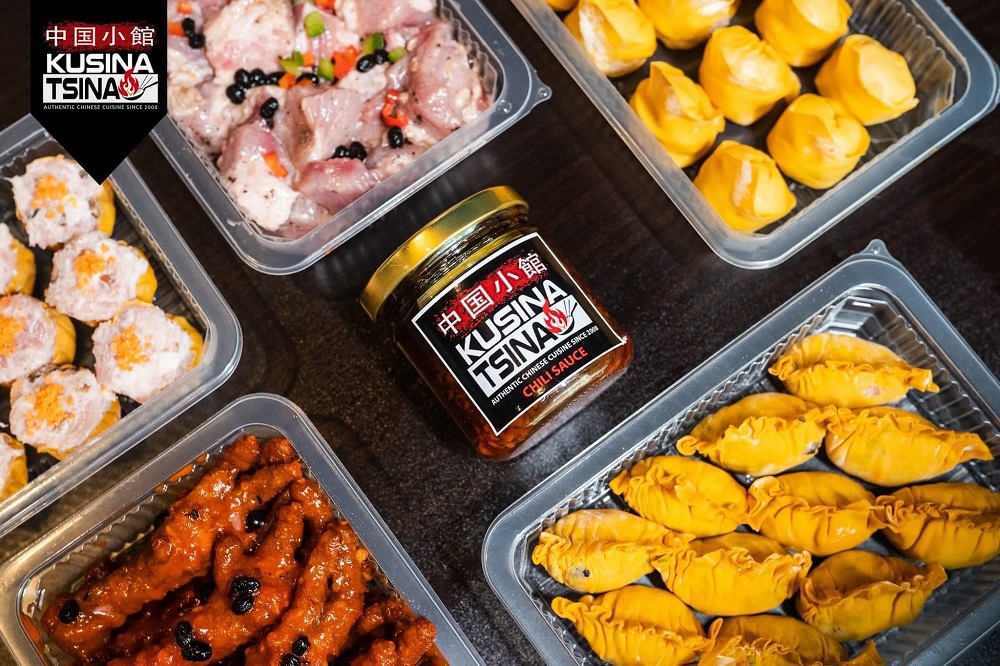 Moreover, Chua thanks the Ilonggos for their patronage.

“I would like to congratulate the whole Kusina Tsina management and staff for being Top 3 Merchant in August. Also a big thank you to you all, our loyal customers, suki and friends for your un-ending support. Again we did it keep it up guys. Success is ours not mine. As I always said if we want it, work for it.” – Eugene Chua, Owner, Kusina Tsina. (Eugene Chua with Vige Fajarillo, Account Manager, and Ms. Cindy Toh, Director of Cities and Expansion.)