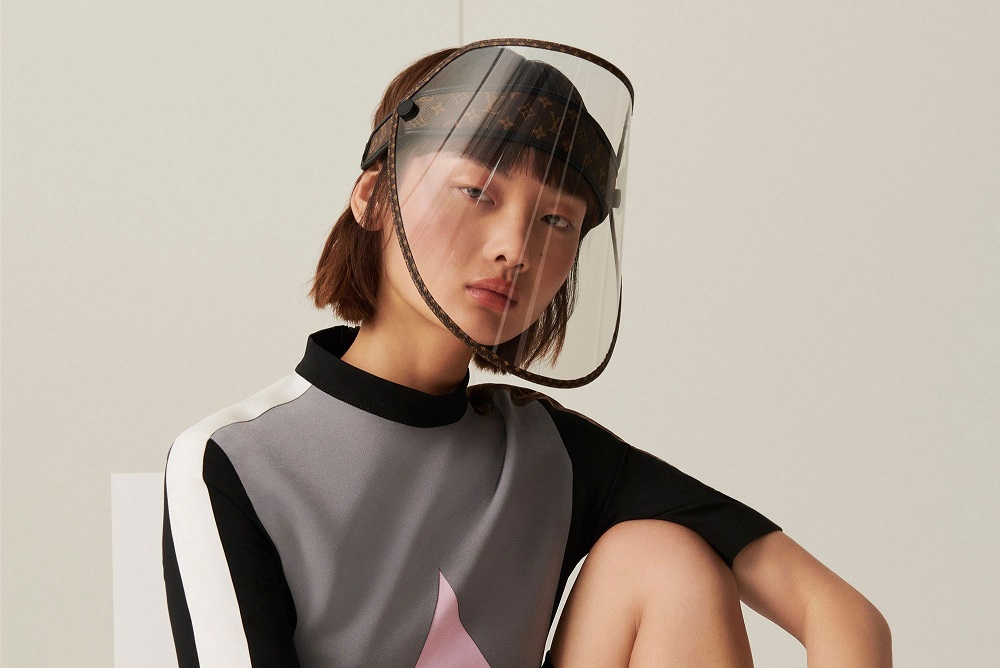 Louis Vuitton, one of the forerunner brands in the high fashion industry, is said to be releasing its own signature face shield. In an article by CNN Philippines, the Louis Vuitton face shield ‘transitions from clear to dark in sunlight, protecting wearers from the sun.

It also features golden studs engraved with Louis Vuitton’s brand name and an elastic, monogrammed headband. The visor can also be worn upward as a classic peaked cap, according to the label’. Read more: Louis Vuitton is releasing a face shield with golden studs to protect luxury buyers from coronavirus, an article by CNN.

Although pricing has not been officially announced, however articles published by USA Today, Vanity Fair, Lad Bible, to mention a few, all indicated that the price of the protective equipment is at USD 961, around Php 47,000 (in local currency).