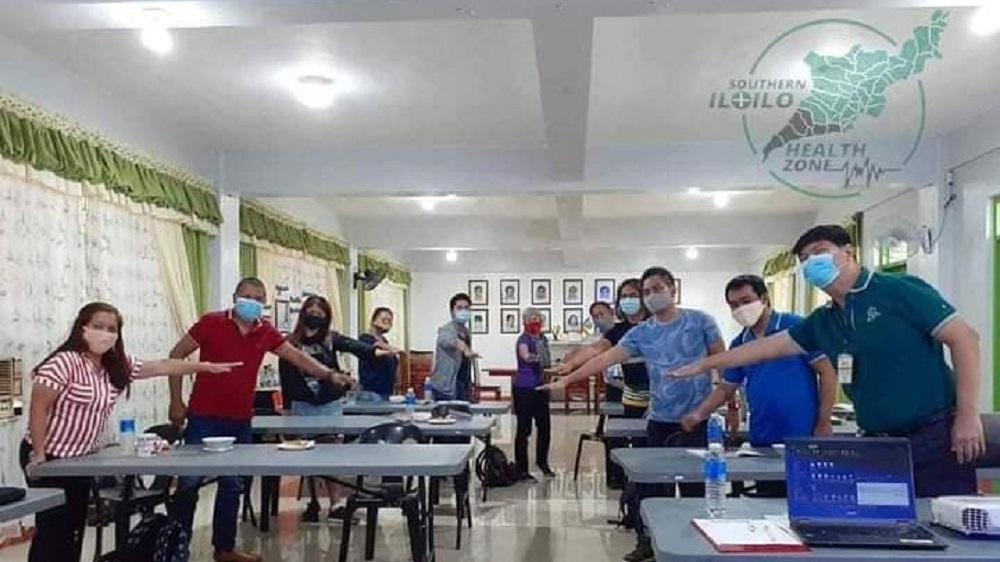 Mayor Garin and the Garin-brand of governance are words synonymous with projects and developments in Southern Iloilo. In fact, it was the very reason that Southern Iloilo Health Zone (SIHZ) came to view.

The Southern Iloilo Health Zone (SIHZ) is the brainchild of First District Representative Janette L. Garin and former Congressman Richard S. Garin, established to document local efforts of the first congressional district as it continues to battle the global coronavirus disease. Referred to as SIHZ, the Southern Iloilo Health Zone is an online platform where the team documents local efforts as it battles the current global health emergency. It also highlights successes, as well as challenges, faced by the different sectors of the community.

“We are One in District 1”, is the unifying tagline in the first congressional district of Iloilo. Composed of municipalities Guimbal, Igbaras, Miagao, Oton, San Joaquin, Tigbauan, and Tubungan, representatives of each deliver updates, as well as stories from their respective hometowns.

It is no secret that Guimbal is home to the Garins, a family composed of public servants – patriarch Oscar Garin Sr., currently serving as Municipal Mayor; Richard Garin, formerly Iloilo 1st District Representative; his wife Janette Garin, now serving the post and was formerly the Secretary of the Department of Health; Christine ‘Tingting’ Garin, now the Vice Governor of the Province of Iloilo; and Sharon Garin of the Partylist AAMBIS OWA, safeguarding the marginalized farmers of the Philippines.

During the stewardship of the Garins, Guimbal was recognized as National Winner in 2013, Hall of Fame Awardee for Most Business-Friendly Municipality in the Country; National Winner from 2009 to 2011, Hall of Fame Awardee on the implementation of Disaster Risk Reduction and Management Programs; Apolinario Mabini Awardee in 2015 as the Country’s Best Local Government Unit on the implementation of programs for persons with disability; and the Country’s Most Child-Friendly Municipality from 2011 to 2012.

In terms of progress, the municipality has spawned twelve elementary and four secondary educational institutions. Guimbal is politically subdivided into 33 barangays, 11 within the Poblacion, and 22 outside the town center. The town’s major product is mango, among other seasonal fruits. Farming and fishing are major industries.