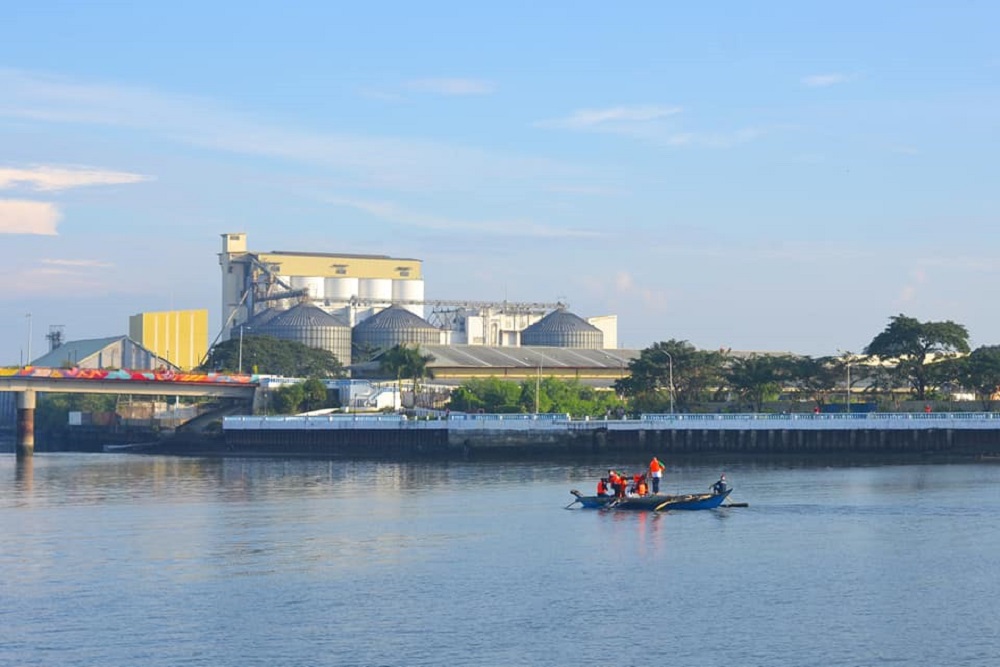 MORE than just a distribution utility: More Electric and Power Corporation (MORE Power Iloilo) has recently celebrated its anniversary last February, marking its second year of the franchise and first year of operation as Iloilo’s distribution utility. It may be recalled that, during its reign as the metro’s power distributor, it has participated in various community activities to aid Iloilo City’s business and beautification.

MORE Power is keen on improving its services and freeing Iloilo City of dilapidated poles and spaghetti wires. By far, it has been active in the maintenance and rehabilitation of the city’s electricity network.

In its last scheduled rehabilitation, seven (7) dilapidated poles and 23 cross arms were replaced, and sagging wires were straightened along Magsaysay and Luna St. last March 3rd. The operation is just part of the continuing line rehabilitation and maintenance of MORE Power to improve the city’s distribution system.

The DU was instrumental in the creation of the Public Utilities Group of Iloilo (PUGI), an organization that aspires to clear eyesores (loose cable wires, tangled telecommunication lines, disorganized electric meter placements, etc) in the metro. The creation of PUGI is described as “a first” in Iloilo City where utilities meet and discuss how to rid streets and sightline of Iloilo City of tangled electric wires, cable, and communication lines that make up what is referred to as spaghetti wires in Iloilo.

MORE also explains the importance of scheduled maintenance and rehabilitation to prevent unscheduled power interruptions in the future. It is also fervent in reminding the public of electrical safety (to prevent unnecessary outages) by sharing tips on its social media page.

The MORE apprehension team has always been consistent in conducting operations in the barangay. Aside from apprehending pilferages, the DU delved into the root cause. Just this February, San Pedro Molo was declared the first jumper-free barangay in Iloilo City.

It was identified that more than half of 700 households in San Pedro do not have their own meters, the very reason why power theft is rampant in the area. Thus, to address the problem, MORE Power erected 17 poles, installed meters, increased the capacity of transformers, organized ‘spaghetti wires’, and assisted in the application of some 300 households for connection. Telecom companies also assisted in organizing the ‘spaghetti wires’ in the area.

MORE also made it possible for informal settlers and low-load residences to apply for a connection.

MORE Support for Iloilo City as Bike Capital of the Philippines

Around 1,300 bike enthusiasts participated in the said event. A registration fee of Php 100 was collected and proceeds will go to the procurement of plant pots that will be installed along the bike lane at the Iloilo Bridge. The plants will serve as a barrier and will protect riders from vehicles on the main road.

The power company is also an active member of the community with its array of CSR activities. It may be recalled that, in February, MORE releases around 700 juvenile fishes in the Iloilo River to improve the river’s ecosystem and offer a source of food to local fishers.

Titled ‘Fish Be With You’, the event highlights the release of juvenile fishes in celebration of MORE Power’s anniversary. The DU recognizes the metro’s efforts in populating the Iloilo River with a variety of fish, improving the river’s ecosystem and its surroundings. The dispersal is its support to the efforts of the Iloilo City Government to restore the ecological balance of the Iloilo River, and as part of its banner program on food security.