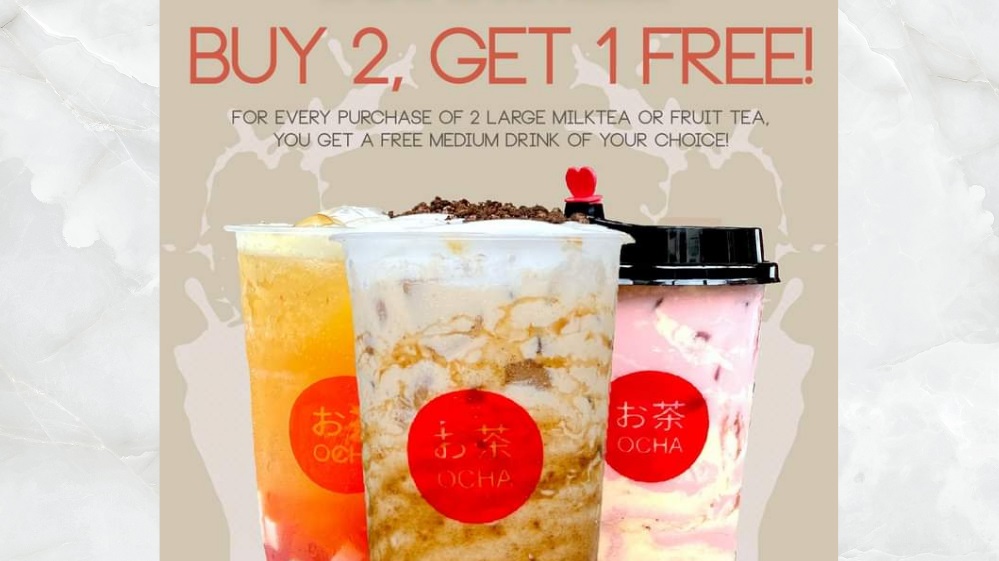 Since the milk tea industry continues to grow, more and more milk tea shops are being put up as a response to the growing demand. Milk tea, in all its glory, boils down to a combination of tea and milk. However, milk tea dates back centuries ago as it is the popular choice in places where the British had a colonial rule. Milk tea in Asia, as tea with milk in the United Kingdom, is extremely common. Bubble tea, also known as boba, originated in Taiwan and is available all over the world now.

To date, there are two OCHA locations. One is in Zone 1, Brgy. Baldoza, Lapaz, and another is in Monterosa Ave., Monterosa Subd., Mandurriao. Official delivery couriers are WholeMart Iloilo, Move Delivery Iloilo, and Chai Pabakal. Customers can also call OCHA at 0928 943 2990 (Lapaz) and 0939 914 9741 (Mandurriao). 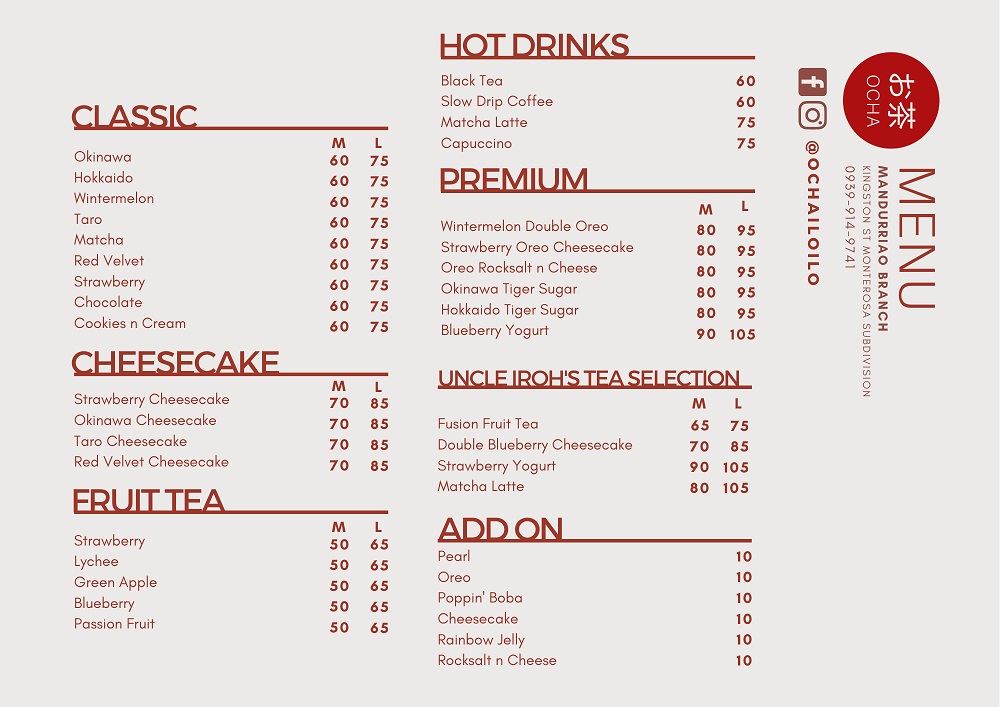 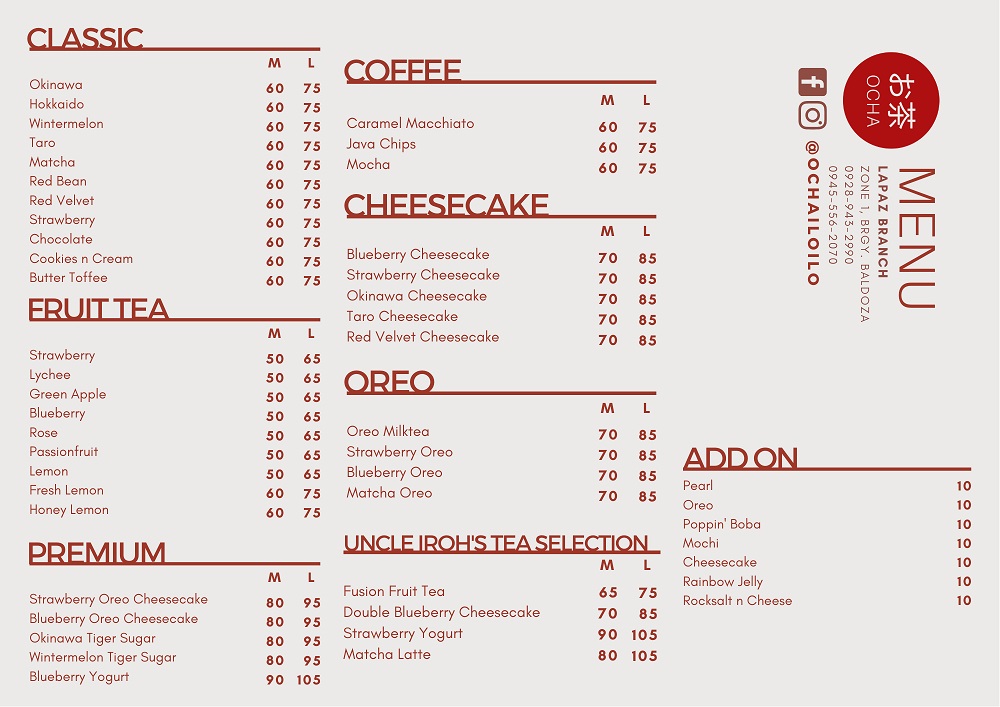