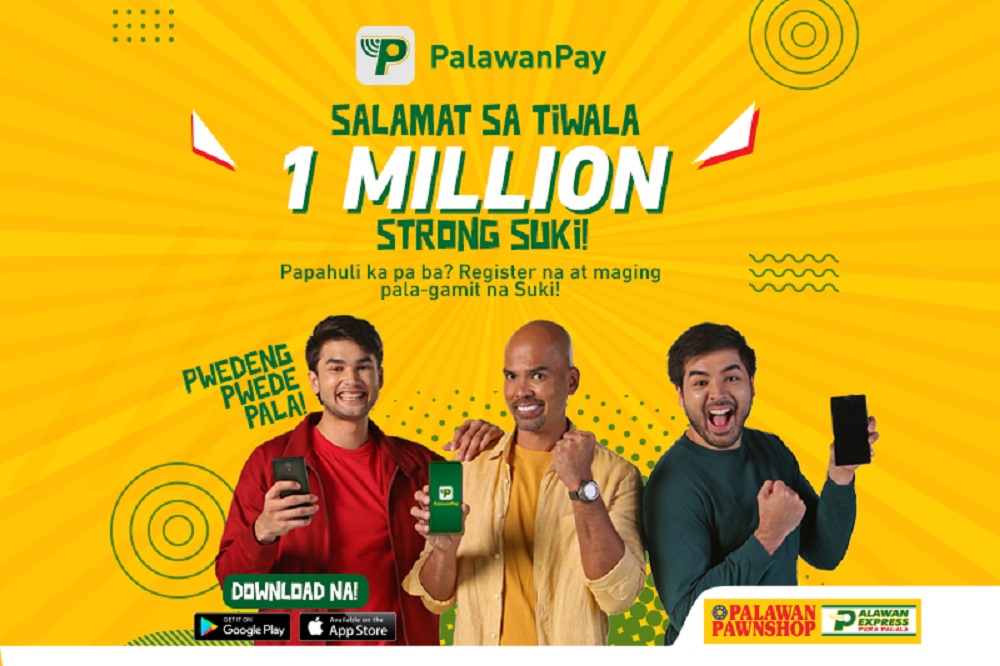 PalawanPay Records 1M New Users in Just 2 Months: Reaching one (1) million downloads on the App Store and Google Play Store in two months is an astonishing achievement, and this is exactly what PalawanPay has attained since its launch on April 2, 2022. And that’s only in the Visayas, Mindanao, and Palawan regions, where the app was initially introduced! Key to PalawanPay’s early success is its Pera Padala feature which leverages the large, far-reaching network of the Palawan Pawnshop Group, its mother company.

“The public’s love for Palawan Pawnshop Group, a brand that Filipinos have trusted since 1985, is the backbone of our business. We are happy beyond words that 1 Million Filipinos, many of whom are our loyal sukis, continue to embrace our new products and solutions aimed at improving the way we serve them,” said PPG president and CEO Bobby L. Castro.

PalawanPay users can now send their remittances digitally to their loved ones, with recipients having an option to receive money via the app or by claiming at any of the Palawan Pawnshop Palawan Express Pera Padala branches or authorized agents nationwide. Aside from Pera Padala, PalawanPay users also enjoy the app’s bill payment and e-loading services, thanks to the affordable and numerous load variants and growing local billers available.

“We are continuously adding billers in PalawanPay to cover as many regions as possible by working with different partners,” said Third Librea, Business Executive Officer of PalawanPay

Librea also said PalawanPay plans to expand its coverage nationwide so more Filipinos can benefit from the app’s Pera Padala, bill payment, and e-loading services. The Palawan Pawnshop Group and Palawan Express Pera Padala (PEPP) have revolutionized remittance services in the Philippines as they have remained true and consistent to their tagline of “Madali, Mabilis, at Safe.” Related: Palawan Pawnshop Launches PalawanPay eWallet

Download the PalawanPay App and be one of over one million Filipinos who enjoy all the conveniences it offers, backed by Palawan Pawnshop’s sterling track in the business! To create a PalawanPay account, you may download the PalawanPay App from the App Store (https://apple.co/39XlYRN) or the Google Play Store (https://bit.ly/3lI65kW). After downloading the app, you can register your account name and password once you agree to the terms and conditions. A verification code will be sent to the mobile phone you want to associate with the account. For Basic accounts, a Selfie video will be requested. Valid IDs will be needed for a verified PalawanPay account.

The PalawanPay App is regulated by the Bangko Sentral ng Pilipinas.