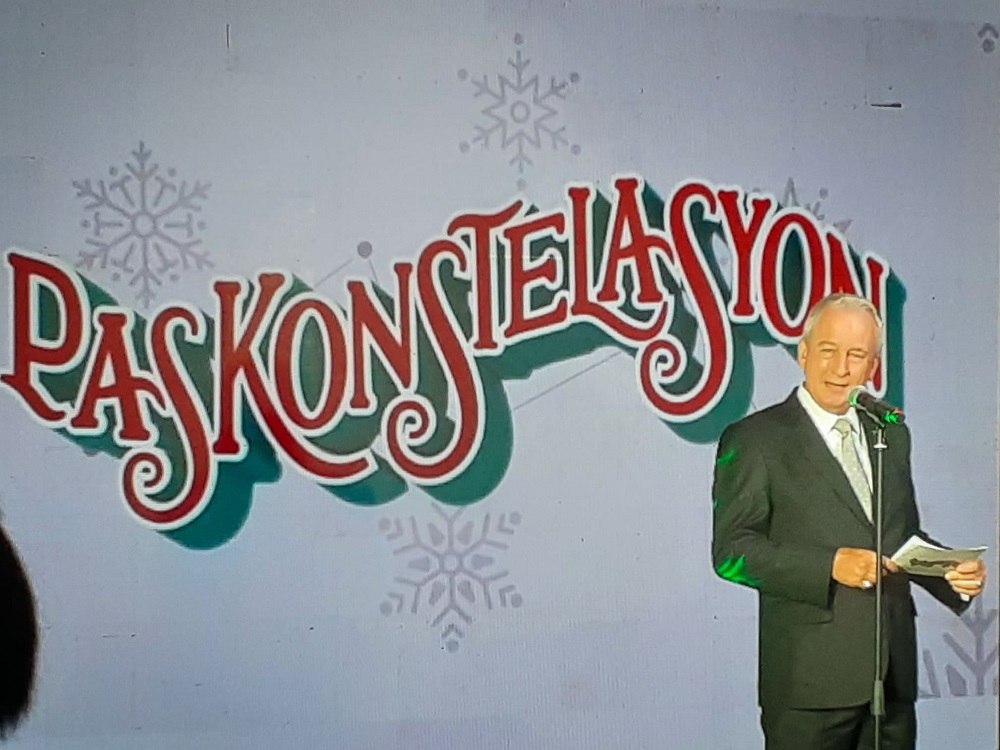 Constellation, defined as a ‘group of stars forming a recognizable pattern’, reflects on the different Marriott properties in the country connected by the same endeavor of putting Christmas at the center of ‘Paskonstelasyon’. Each property was able to have its own respective ceremonial lighting.

Apart from the lighting activity, the property also launched its Marriott International Global Customer Appreciation Week. Marriott expressed its heartfelt gratitude to partners and stakeholders for their trust and collaboration, especially during the height of the pandemic. 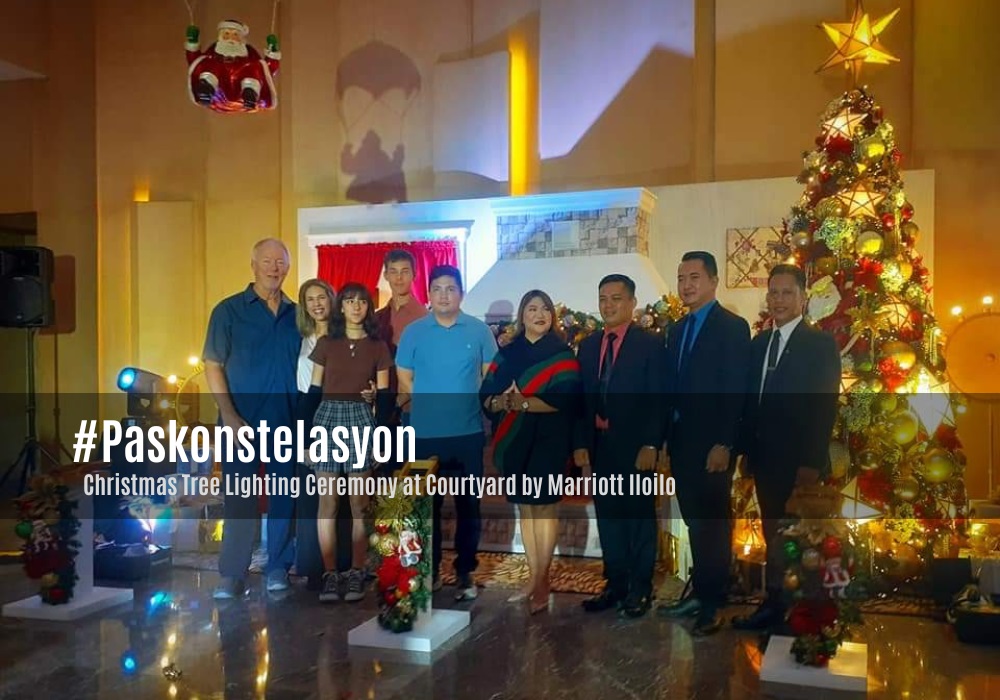 Courtyard by Marriott Iloilo started the Paskonstelasyon week by lighting the first star in the constellation, The Vacation Star. It is said to symbolize a ‘well-balanced business, rest and recreation time for the holiday season’. The event was graced by performances of the Kinaadman Chorale and Novy Bereber of Sayaw PD, Dance for Parkinson’s, a nonprofit organization. Read: Guide to Courtyard by Marriott Iloilo. 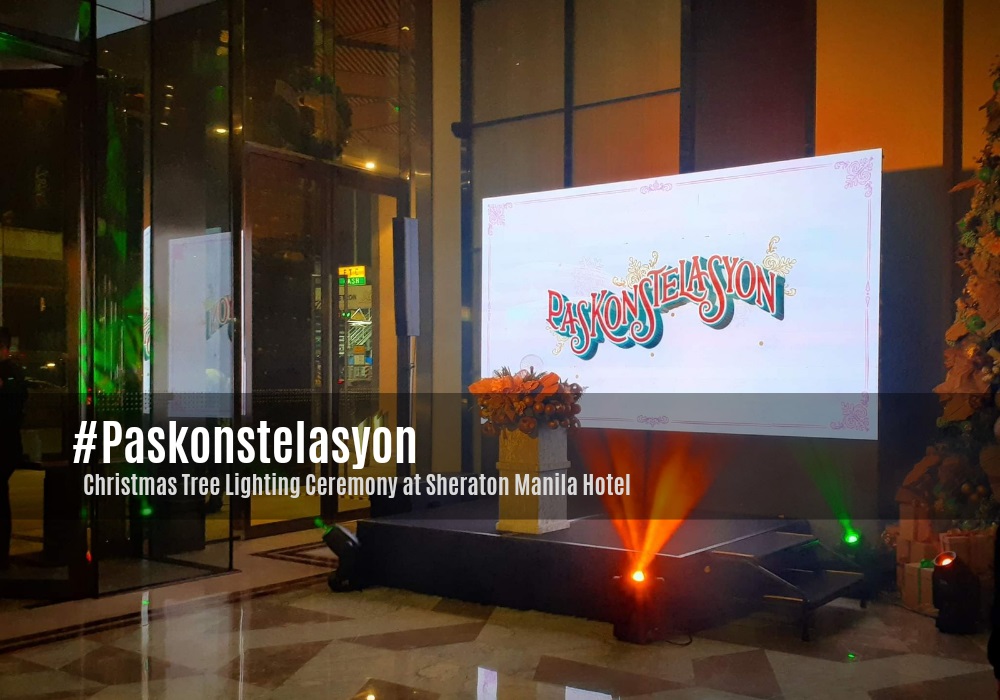 Inspired by local indigenous materials Abaca and Anahaw, the hotel’s decor embellished with gold and green symbolizes life and abundance. Together with the hotel’s General Manager Anna Vergara, the ceremony was graced by the presence of Honorable Pasay City Mayor Imelda “Emi” Calixto-Rubiano, together with Newport World Resorts’ President and CEO Kingson Sian, and the rest of the senior leaders of Sheraton Manila Hotel.

After the ceremonial lighting of the tree and the ‘Soiree Star’, guests were entertained by the rendition of Marriott’s official holiday theme ‘Moments with You’ performed by theater royalties Gab Pangilinan and Myke Salomon, with First Lady of Philippine Musical Theater Ms. Menchu Lauchengco-Yulo, and stalwart of Philippine theater, Mr. Michael Williams, with award-winning saxophonist Josh Espinosa.

Guests were then directed to the S Kitchen with food prepared by the team of Executive Chef Kiko Santiago. A musical performance, Soiree: The Musical Gathering, highlighted songs with pianist and musical director, Maestro Rony Fortich. 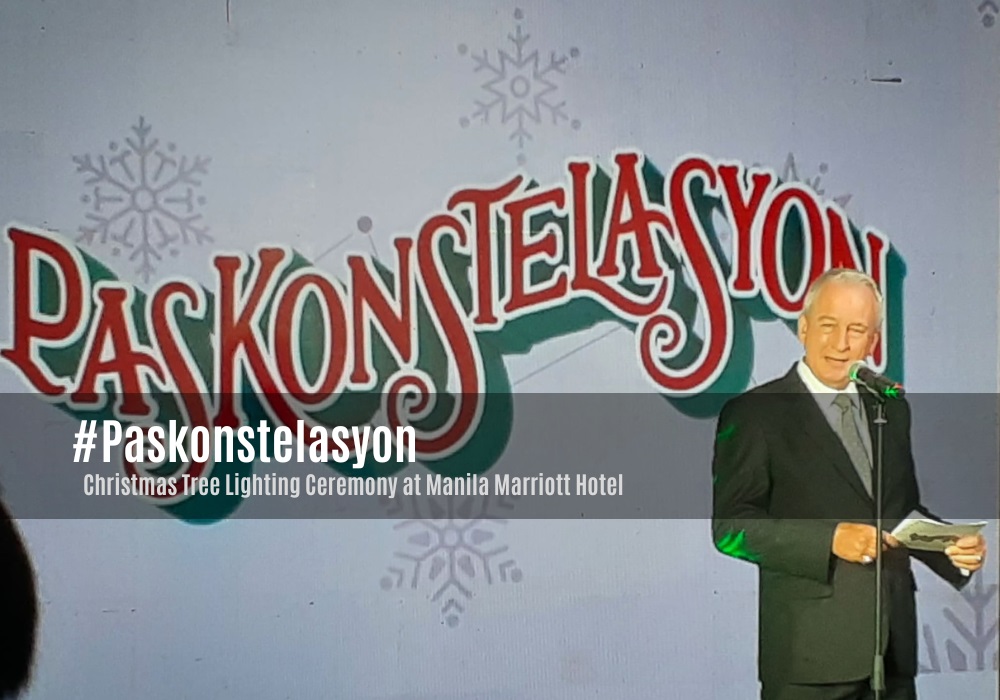 Ending the week was the flagship, Marriott Hotel Manila. The event commenced with a ribbon-cutting ceremony of “Paskonstelasyon: The Art of Giving Exhibit, organized by Rotary Club Passport One Marikina, followed by Paskonstelasyon: The Golden Santa Story, Storytelling and Gingerbread Making Activity with beneficiaries from Save the Children Philippines and Pasay Social Welfare and Development Department.

Later that night was the ceremonial lighting of the tree and the Marriott Bonvoy “Brilliant Star” led by Multi-property Vice President in the Philippines of Marriott International Bruce Winton, together with Ms. Universe 2011 3rd Runner Up, and now Ms. Universe Philippines Chariman Shamcey Supsup- Lee, and husband entrepreneur Lloyd Lee with their children, and Department of Tourism Regional Director for National Capital Region Sharlene Batin, with the rest of Marriott Manila’s Executive Committee.

After the lighting, Acel Bisa Van Ommen, together with Malaya Dance Theatre, performed an original composition entitled ‘Moments with You’, rearranged for the yuletide season by Jeremiah De Leon. Santa Claus also made a surprise appearance and gifted kids with presents.

To highlight the season of giving, Paskonstelasyon: Charity Ornaments can be purchased from the Marriott Bakery for only P150 per piece. Proceeds from the ornaments will go to Save the Children Philippines. The Paskonstelasyon event was made possible by Marriott Philippines brand partners Cebu Pacific, Don Revy, Emperador Distillers, Pix and Reel Republik, LuChris Printing, Perfume Dessert, and Jesi Mendez Salon.