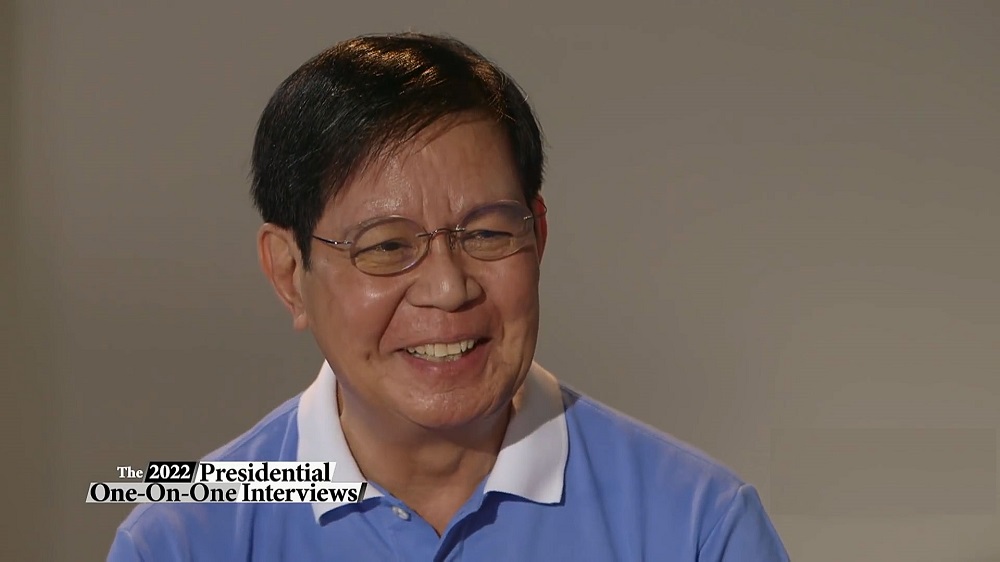 “The information that was made public could not be substantiated,” GMA wrote in her memoir. Years later, Marquez recanted accusations against Sen Lacson and apologized. Corpus also issued a publicly televised apology to Lacson for falsely accusing the senator.

In response, Lacson did not hurl vindictive comments against accusers. Instead, he tweeted a message to his former detractor. “Late is always better than never. To ex-PGMA’s credit, she has the decency and courage to admit that she publicly and unjustly accused me of various crimes based of false information. Whatever, I have already forgiven her a long time ago.”

Even in the thick of the present presidential election, Lacson maintains his stance, preferring not to say anything about the other candidates wanting to be President of the Philippines because he is also running for the position.

In his recent interview session with Boy Abunda for the television personality’s series 2022 Presidential One-on-One Interviews, Lacson, one of five presidential candidates who were invited to the show, chose to talk instead about what made him best suited for the highest position in the Philippines.

“I am the most qualified, the most competent, the most experienced (candidate),” he told Abunda matter-of-factly. The candidate said it was time for voters to be discerning, to realize that politics was not entertainment and they should not be influenced by dole-outs.

In his campaign sorties, a singing and dancing Lacson would certainly not be on the program. “I won’t sacrifice authenticity,” he said, and would not do anything that had nothing to do with the country’s problems.

“The number one problem is the government, so the solution is the government- good, honest governance,” he said. Lacson stressed: “Tough problems need tough solutions from the country’s top leaders.” His goal, if elected president, was to leave the country better off than when he started and see greater respect for government officials.

Although he acknowledged that the qualifications for presidential candidates were so much simpler than those required of job applicants, the senator also pointed out that college degrees do not guarantee outstanding public service.

“Maraming may PhD na mas magaling magnakaw kaysa magsilbi sa bayan (there are many people with doctoral degrees who are very skilled in stealing public funds than in serving the country),” he said.

He would not oppose changes in the qualifications, although it would require a constitutional amendment. The job was demanding, he pointed out, and it called for skills in handling crises like the still ongoing coronavirus disease 2019 (Covid-19) pandemic.

Lacson said he would lead by example if he were elected president. He recalled that he was able to minimize graft and corruption in the Philippine National Police when he was its chief by consistently showing he could not be bribed. It was his leadership by example, he said, that drastically reduced, if not totally eliminated, corruption in the police establishment.

As a senator, he did not collect the pork barrel, or extra funds allocated to legislators ostensibly to finance pet projects. He was able to save the country millions of pesos by carefully and thoroughly reviewing every proposed annual budget of the government, he said. Lacson would push for digitization and automation in government as president so there would be no human intervention. He said, “Human intervention always resulted in corruption.”

Lacson supported the resumption of mining in the country, “a major industry” of the Philippines, but it should be sustainable and responsible. “It must be data-driven and science-based.” However, he also expressed concern that corruption would create the same problems as before. “Corruption lets violators get away (with their crimes). Palakasan (pull or influence) allowed people with the right connections to do as they please.”