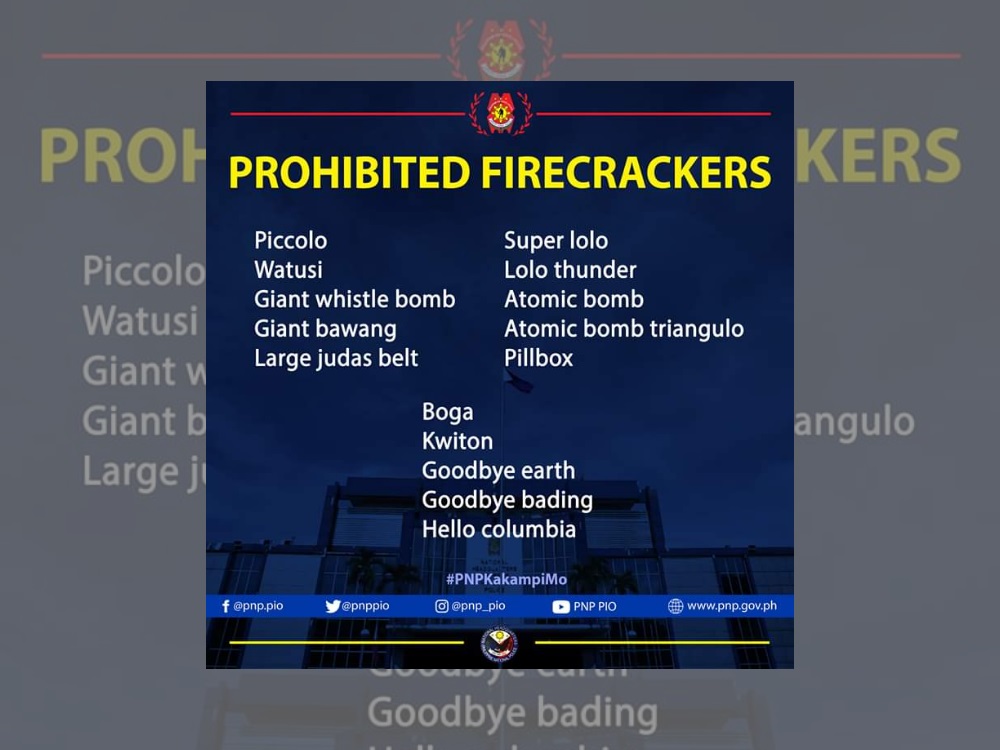 Moreover, the PNP also notes the downtrend in firework related incidents. In an accomplished report of the PNP Firearms and Explosives Office, a significant decrease in number of firework related injuries are observed in four years, a 66.95% decline. The office recorded 307 incidents in January 2019, the lowest since 2016.

The same office also bared the 2018 Iwas Paputok Campaign through the below numbers:

“We adhere to the order of President Rodrigo Roa Duterte thru Executive Order 28 which regulates the use of firecrackers and other pyrotechnics devices nationwide,” states Police Lieutenant General Archie Francisco Gamboa, Officer in Charge of the Philippine National Police. Gamboa states that the accomplishment can be attributed through persistent public awareness, information and dissemination program, to mention a few.