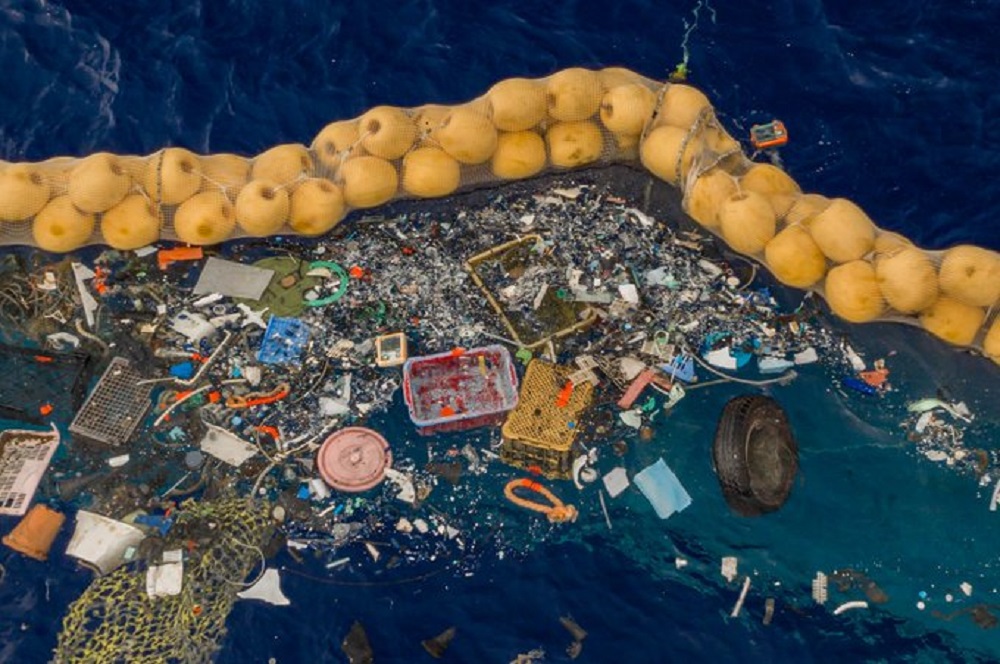 Device Removes Plastic from Ocean: An ‘enormous floating device’ successfully captured and removed plastic from the ocean, specifically from the Great Pacific Garbage Patch. The device was designed by Dutch scientists for Ocean Cleanup, a non-profit environmental organization in the Netherlands.

The company was successful in capturing ocean garbage – from cartons, crates, and even microplastics as small as one millimeter – according to a press release by Ocean Cleanup.

“Today, I am very proud to share with you that we are now catching plastics,” states Ocean Cleanup founder Boyat Slat in a news conference in Rotterdam, as reported by CNN. “Our ocean cleanup system is now finally catching plastic, from one-ton ghost nets to tiny microplastics! Also, anyone missing a wheel?” Slat adds.

The Ocean Cleanup device is comprised of a U-shaped barrier with a net that is dropped below the surface. Remarkably, fish are able to swim underneath the device whilst garbage is collected.

“Our team has remained steadfast in its determination to solve immense technical challenges to arrive at this point.Though we still have much more work to do, I am eternally grateful for the team’s commitment and dedication to the mission and look forward to continuing to the next phase of development,” further states Slat.

Ocean Cleanup is ready to embark on its next operation, the System 002, a full scale cleanup device that can endure rough ocean conditions. Once all the garbage is collected, the device will return to shore and the garbage processed for recycling. Read more: ocean cleaning device succeeds in removing plastic for the first time.