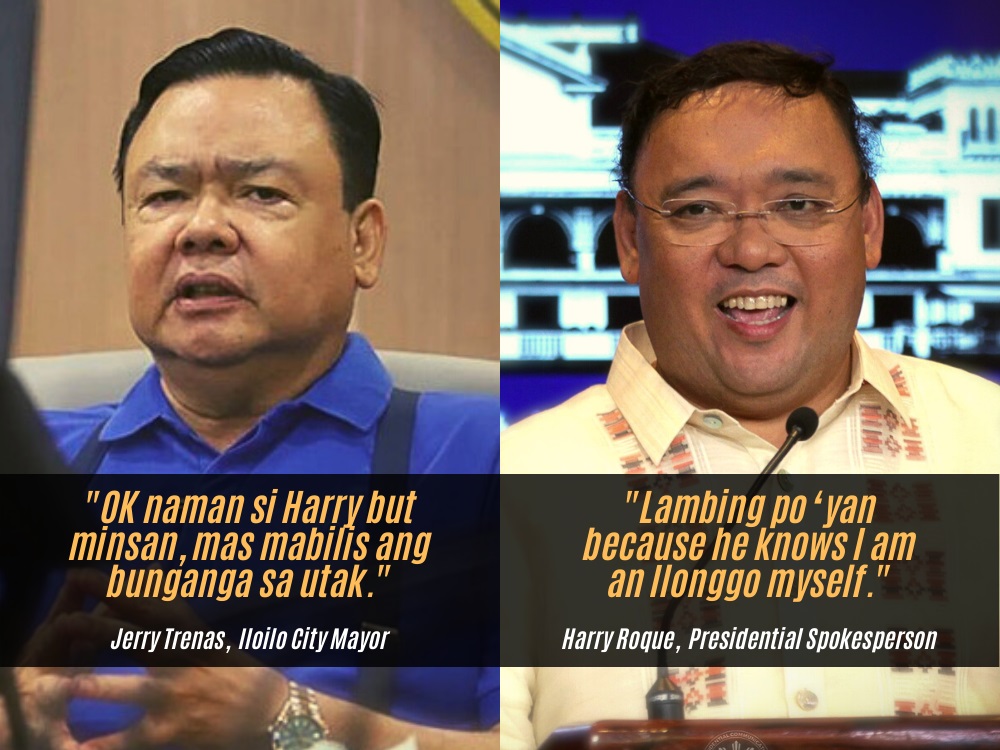 Treñas said that Roque’s ‘mouth is faster than his brain’ – recalling that the presidential spokesperson blamed the Ilonggos for the surge in COVID cases. According to the mayor, the lack of support resulted in an increase in cases.

“Ang masakit pa, tumataas ang kaso namin, kami pa ang may kasalanan. Ano ba ‘yan? Hindi naman tama ‘yan. There is this virus that is going around,” said Treñas during the interview with OnePH, “…instead of trying to look for ways to help out, he is blaming us. What kind of person are you?” he added, referring to Roque.

Treñas also expressed frustration over the unfair distribution of vaccines, and that the province should also be a priority. The OCTA Research group, just last month, recommended that 90% of the jabs need to be allocated to the National Capital Region (NCR) Plus 8 composed of Metro Manila, Bulacan, Batangas, Cavite, Laguna, Pampanga, Rizal, Metro Cebu, and Metro Davao.

According to Treñas, the locality is already overwhelmed with the surge of cases and in dire need for healthcare workers, medicine, and medical equipment such as ventilators and high-flow oxygen nasal cannula from the national government. Read more: Iloilo City Mayor to Roque: Watch your Mouth, an article by One News PH.

Roque, meanwhile, defended himself in an interview with reporters last Wednesday.

“What I meant really is while the vaccine is already there, we do not have containment and population protection yet. There is no alternative yet to wearing face masks, washing hands, and physical distancing,” states Roque.

“We understand that the surges are also caused by more infectious variants that were also experienced in Metro Manila. My promise to my fellow Ilonggos is help is forthcoming,” he adds.

Roque also stressed that he already talked to Treñas and clarified things. “I have talked to Mayor Treñas, As I said lambing po ‘yan because he knows I am an Ilonggo myself,” Roque says.

“To respond to the mayor, you know the mayor is rightfully frustrated and troubled and challenged by the current surge that he is facing and not only him but other people, other communities in Mindanao. The reason why we are emphasizing the NCR Plus 8 is because the variants around the world will enter through the NCR Plus 8.”

“If we vaccinate the NCR Plus 8, then Iloilo City will never have to worry about the Delta variant because it will never be able to fly directly to Iloilo. It will have to fly either through Manila or Cebu. This is why they’re trying very hard to protect Iloilo and Zamboanga by focusing on the NCR Plus 8,” Austriaco adds.