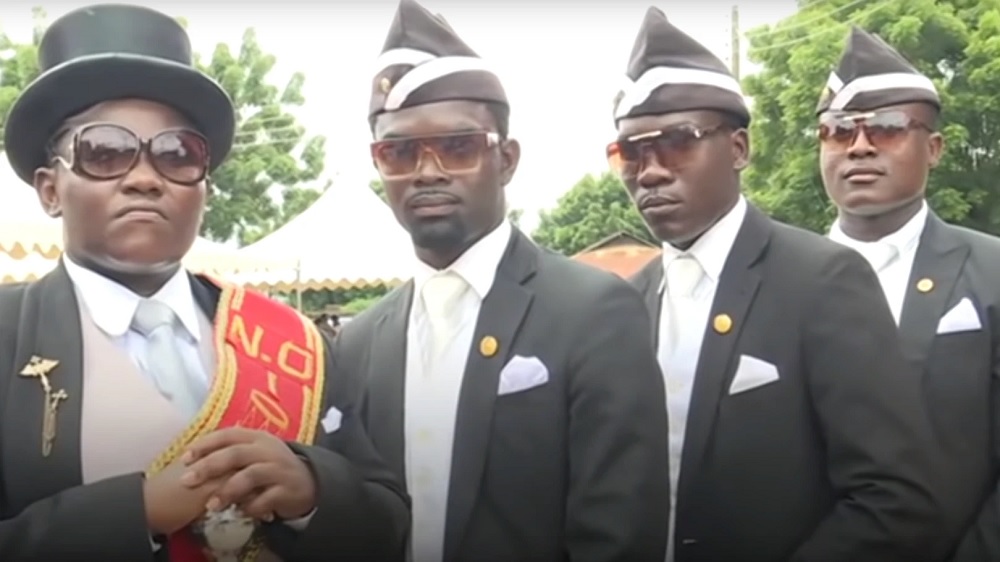 We’ve seen them countless times on the internet – a clueless person doing an outrageous stunt then the next clip is a crew of men carrying a coffin and dancing to an upbeat song. It is funny, however, the story behind it is definitely real.

According to Know Your Meme, in an article published by the Inquirer, a five-second video clip of African men dancing to Tony Igy’s Astronomia was first uploaded on Youtube by ‘Travelin Sister’ in 2015. The Youtuber has attended a funeral for her mother-in-law and witnessed a Ghanaian tradition. To date, the video has garnered 4 million views.

The second video was uploaded on BBC in 2017, featuring a short documentary. The documentary narrates the roles of the pallbearers in the Ghanaian funeral. It is a tradition to send the dead with a ‘flamboyant and upbeat send-off’ than a ceremony the rest of the world is accustomed to.

“Pallbearers are lifting the mood at funerals in Ghana with flamboyant coffin-carrying dances. Families are increasingly paying for their services to send their loved ones off in style,” captions BBC describing a video uploaded in their website, watch it here.