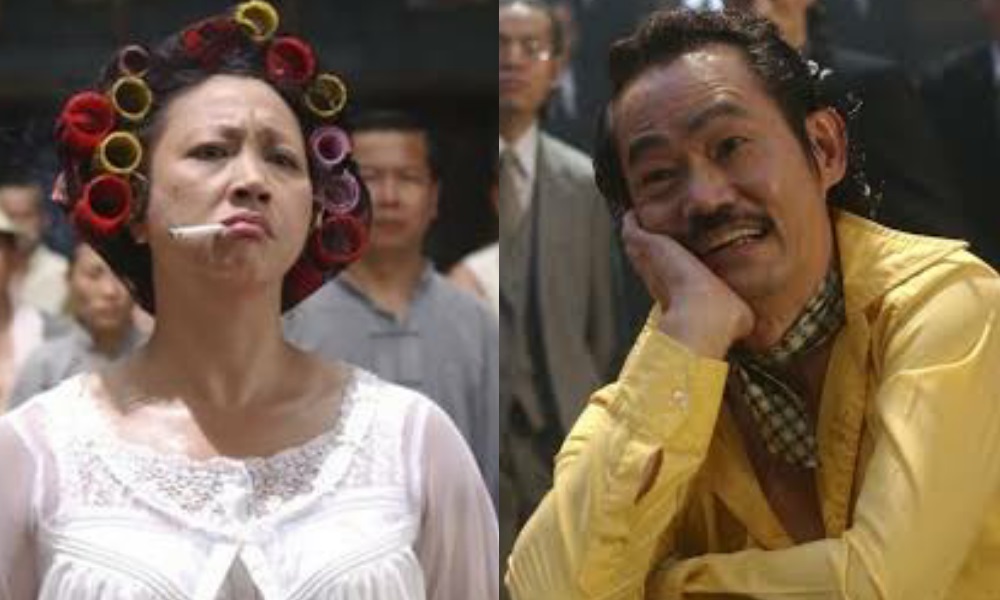 The Iloilo Barter Community is probably one of the most active Facebook groups in Iloilo now. It highlights the ‘barter system’, an old method of exchange that does not involve cash. Called IBaCo for short, the group was spawned in the time when the city, including the province, was placed under enhanced community quarantine. Since some industries in Iloilo ceased its operations and many lost their jobs, the primitive barter system was a way for residents to still get their needs despite the lack of funds.

Tita, the la-on. One interesting character in the busy exchange group is ‘Tita’. An obvious spinster, Tita embodies the classic spinster persona. She is patterned from the fictional character known as the ‘landlady’ in the popular movie ‘Kung Fu Hustle’. Tita is known for her strict yet lovable management of the group. She often posts reminders in a stern yet funny way.

Tita Meet Tito. Just like in the Kung Fu Hustle movie where ‘landlady’ is paired with the ‘landlord’, Tito just popped up in the group one day. The first ‘hi tita’ spawned 1.7k likes and 223 comments. Tito is lauded by group members as he makes romantic advances to Tita. 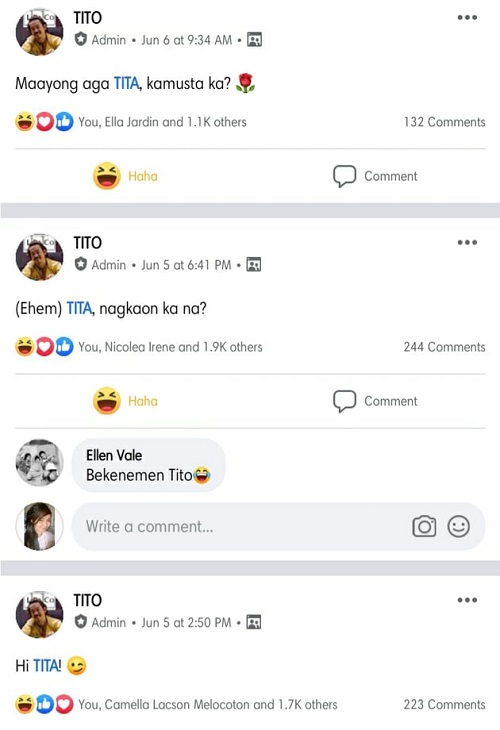 Despite efforts, Tito seems to be ‘seenzoned’. But Tito is persistent anyway. 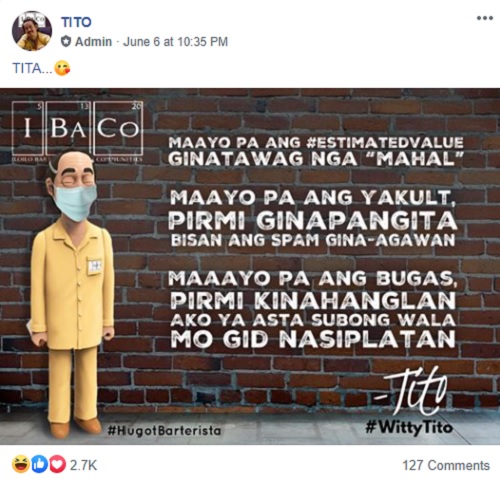