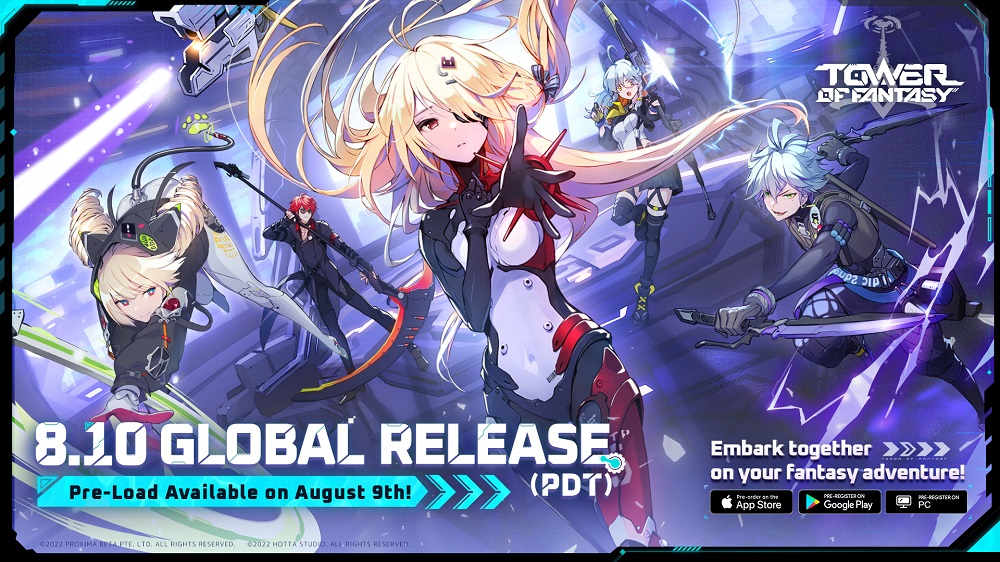 “Watch me, I’m not who I used to be, used to be.” Here is a special 30s release of the Tower of Fantasy global theme song, Clan, from milet! You can listen to the full version in August. Don’t forget to check out her new single, Always You, on August 17. Related: Tower of Fantasy Reveals New Character Trailer

Set hundreds of years in the future after humanity has escaped the collapsing environment of earth and fled to the distant planet of Aida, the open-world action of Tower of Fantasy has been a hit with gamers in China, and soon gamers in the rest of the world will get to join in on the thrilling action. Players will be able to experience an anime-inspired post-apocalyptic sci-fi art style, freeform character development, immersive objectives, and exciting combat through thrilling battles and exciting open-world exploration.

Recently, fans noticed something strange happening on Tower of Fantasy’s official Twitter; it sent a mysterious garbled message on July 26, causing some to believe maybe the account was hacked. But keen-eyed fans noticed some hidden Morse code in the message, and curious wanderers set about decoding the mysterious information. In a life meets art moment, the cause of the secret message was the Omnium tower being disturbed, spinning the official account in our world out of control. Does this mean the world of Aida is beginning its descent into ours?

This is an event rooted in the world view of the Tower of Fantasy. After entering the game, more stories about Planet Aida will unfold for Wanderers.

Tower of Fantasy is still open for pre-registration at the official site, as well as on Steam, Epic Game Store, the App Store and Google Play. To learn more about Tower of Fantasy and claim in-game rewards, please visit here or check out other official channels:

About Hotta Studio. Founded in November 2018, Hotta Studio focuses on developing innovative high-quality games under Perfect World Games. The expertise of the team’s core members lies in the action genre, with an emphasis on combat mechanics and level design. In the future, Hotta Studio will continue its mission to develop high-quality online games that deliver engaging experiences for players around the world.

About Level Infinite. Level Infinite is a global gaming brand dedicated to delivering high-quality and engaging interactive entertainment experiences to a worldwide audience, wherever and however they choose to play. It operates from bases in Amsterdam and Singapore with staff around the world. To learn more about Level Infinite, visit www.levelinfinite.com, and follow on Twitter, Facebook, Instagram and YouTube.