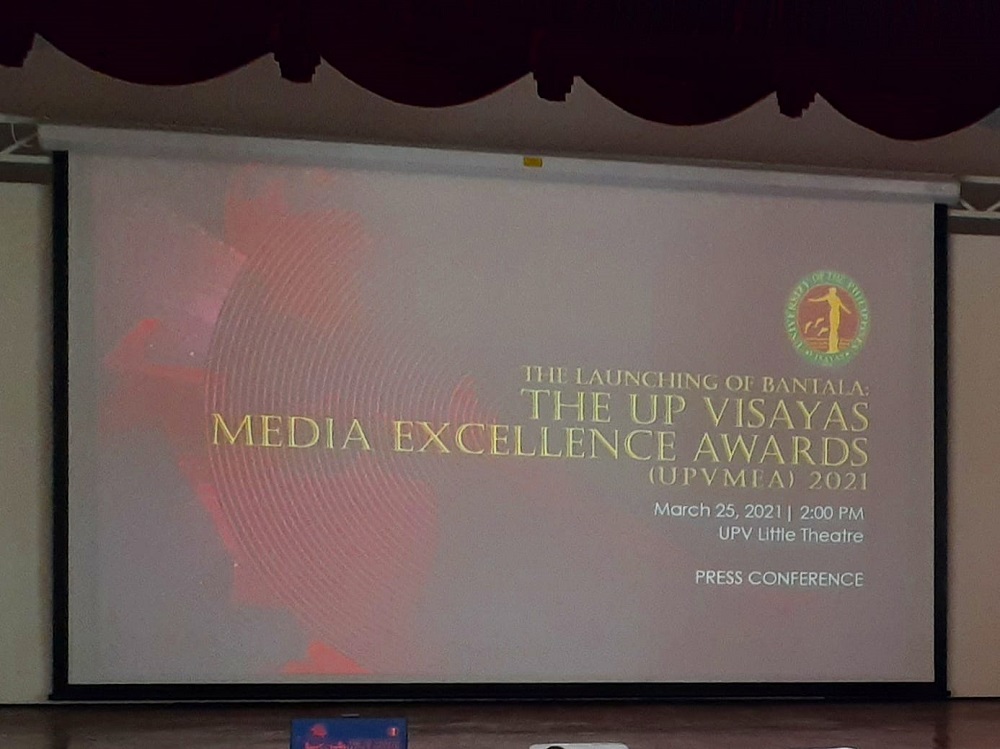 The University of the Philippines in the Visayas launches Bantala: The UP Visayas Media Excellence Awards. A press conference was recently held at the University Little Theater and was attended by Dr. Clement Camposano, UPV Chancellor, and Dr. Zoilo Andrada Jr., Project Development Assistant for Mass Media and Communications of the Office of the Chancellor.

The university recognized the role of the media in keeping democracy alive in the digital age.

Moreover, the UPV Media Excellence Awards (UPVMEA) program evaluates and recognizes the covering, writing, reporting, and publishing of news stories and events on different media platforms. It uses the Hiligaynon term, Bantala, to give recognition to the outstanding performance of Western Visayas media organizations, journalists, and other practitioners.

The UPVMEA will carry the name “Bantala: UPV Media Excellence Awards” and have the tagline “Medya: Kaupod sang Rehiyon sa Pagtib-ong sang Tunay nga Demokrasya.” All entries will be judged according to how they have measured up to the following challenges:

UP Visayas Media Excellence Awards. Nominees must be active in print, radio, or online news outlets, blogs, or social media during the search period. Nationally published stories should be about events in the West Visayan region. Aside from work done in English, those in Hiligaynon, Kinaray-a, and Aklanon will also be admitted. There will be two major categories of awards: Category A includes newspapers and radio, and Category B includes blogs, social media campaigns and advocacy, and news portals.

Nominations will be done digitally through an official entry form with other requirements/supporting documents to be attached. The search period will be from April 2021 to January 2022 (nomination and screening). The deadline for submission of entries will be on January 31, 2022. The final judging and awarding will be in February 2022. *Detailed mechanics of the UP Visayas Media Excellence Awards will be finalized and made available by UP Visayas.