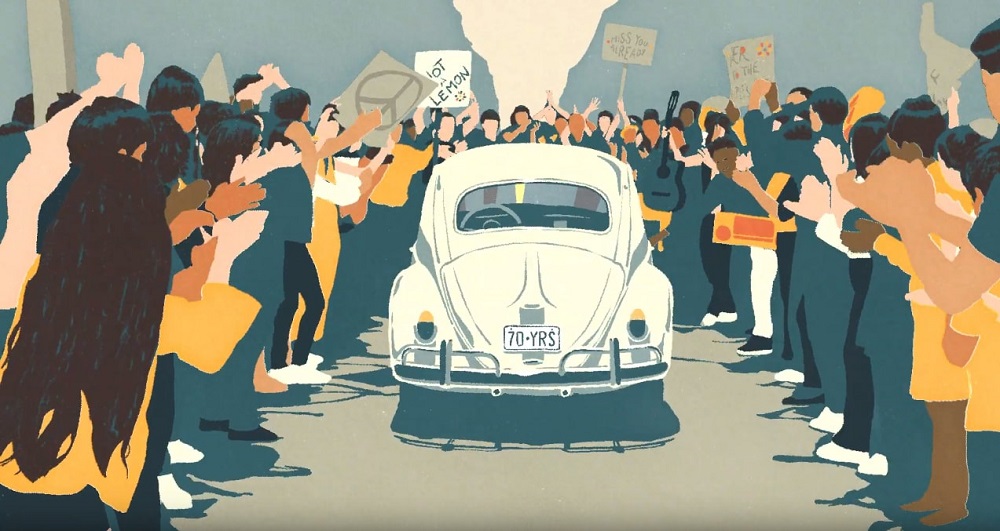 German brand Volkswagen finally says goodbye to the ‘Beetle’ as the production ceased, and the last model rolled off assembly line last July. The German automaker orchestrated a video detailing the journey of the Volkswagen Type 1, popularly known as the Beetle.

“It starts with the young boy’s father bringing the Beetle home for the first time. Soon, the boy’s learning to drive and going on dates, and he eventually owns the Beetle. Then the boy, now a young man, falls in love, starts a family, and watches his daughter – and family grow – until he’s an elderly gentleman and the Beetle flies away into the sky. The short uses a rendition of the Beatles’ “Let it Be” performed by the Pro Musica Youth Chorus,”narrated in an article by Motor1.

The Beetle’s final exit from the automobile industry has swayed thousands of fans to tears.

“While its time has come, the role it has played in the evolution of our brand will be forever cherished,”states Scott Keogh, President and Chief Executive Officer of Volkswagen Group of America.

“The Beetle is easily one of the most recognizable cars in the history of automobiles. Honoring it properly required a medium with just as much versatility and universal appeal as the car itself. While we chose the classic Beetle as the star of the animation, additional campaign components in Times Square honor the latter two generations of cars and their place and presence in American culture. We are proud of our past but our eye is on the future,” states Saad Chehab, Senior Vice President of Volkswagen Brand Marketing.