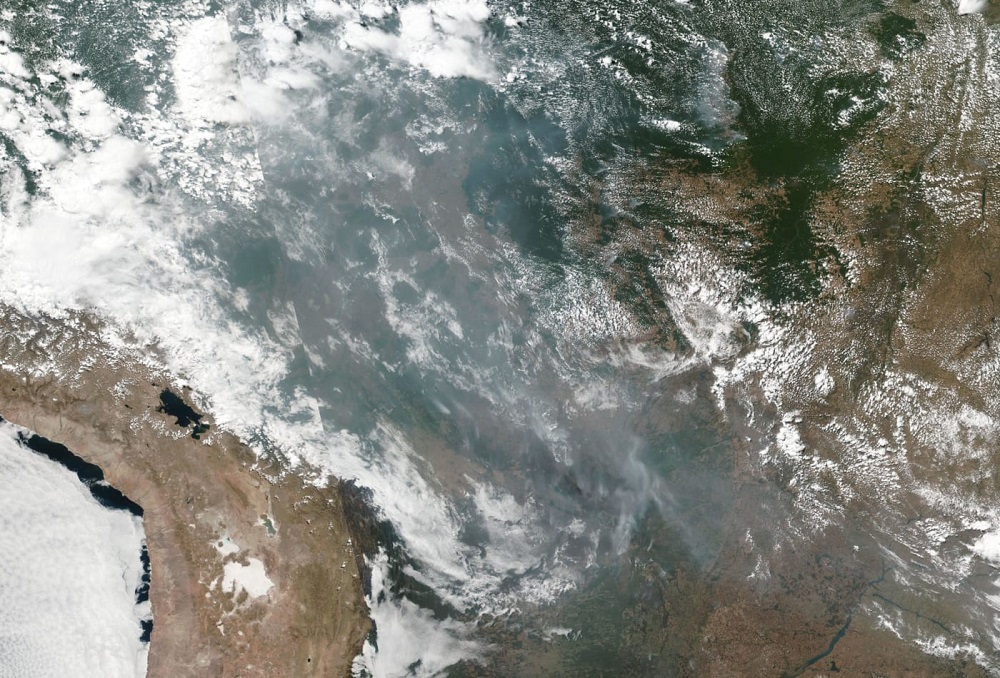 A few days ago, news broke out that the Amazon rainforest was on fire – and the authorities doing nothing about it. The fire ravaged the tropical rainforest for days that it can be seen from space. This spawned international outrage, even leading to global campaign #PrayForAmazonia.

The Amazon rainforest. Also referred to as Amazonia, the Amazon is a broadleaf tropical rainforest that covers most of the Amazon basin of South America. The region includes territory belonging to nine countries – 60% Brazil, 13% Peru, 10% Colombia, Venezuela, Ecuador, Bolivia, Guyana, Suriname, and French Guiana. The rainforest represents over half of the planet’s remaining rainforest. It also comprises the largest and most diverse tropical rainforest in the world. It has an estimated 390 billion trees divided into 16 thousand species.

What happened? Since the start of 2019, Brazil’s National Institute for Space Research has reported more than 72 thousand fires in the country, more than half of it in the Amazon region. Also, according to the institute, there was an 80% increase in deforestation compared to the previous year. Evidence of the fire can be seen in a map created by the European Union satellite program Copernicus. The map shows smoke spreading all along Brazil to the east Atlantic coast. It has also spread to neighboring countries Peru, Bolivia, and Paraguay.

How can a wet rainforest burn? ‘How can a wet rainforest burn’ was a question aired in an article by CNN. According to program director Christian Poirier of the non profit organization Amazon Watch, farmers and cattle ranchers use fire to clear land. Meanwhile, according to CNN meteorologist Haley Brink, this year’s fire fit an established seasonal agricultural pattern. Also, according to Brink, vast majorities of fire are caused by humans. Even senior scientist Alberto Setzer agrees. Setzer believes that fires are either on purpose of by accident. Read more: here’s what we know about the fires in the Amazon rainforest.

According to Nigel Sizer, chief program officer of Rainforest Alliance, cleared land is needed to expand agriculture, as well as cattle ranching, soy production, and logging. According to Sizer, deforestation is responsible for 80% to 90% of the loss of tropical forests around the world. The Amazon biome, 20% of it, has been lost of mining, logging, farming, hydropower dams, and roads – according to the World Wildlife Fund.

Environmental groups blame Bolsonaro. Jair Bolsonaro is Brazil’s 38th president. Since his election in October 2018, Bolsonaro has made promises to restore the country’s economy by exploring the Amazon’s economic potential. By far, the president has cut the budget of the country’s environmental enforcement agency by 23M USD. His political stance may have encouraged ranchers, farmers, and loggers to gain control.

When asked for a statement regarding the recent Amazon fires, Bolsonaro stated, ‘We took money from non government organizations. They are now feeling the pinch from the lack of funding. So maybe the NGO types are conducting these criminal acts in order to generate negative attention against me and against the Brazilian government.’

Bolsonaro’s response. In an article by The New York Times, it was stated that Bolsonaro took a step and mobilized armed forces to contain the fire. Prior to this move, European leaders have threatened to cancel a trade deal. There were even protests outside Brazilian embassies and a call to boycott Brazilian products. French President Emmanuel Macron encouraged members of the ‘G7’ – Canada, France, Germany, Italy, Japan, United Kingdom, and United States – to discuss the recent fire in their summit meeting. Read more: as Amazon fire become global crisis, Brazil’s president reverses course.

Truth behind online claims. Apparently, not all that had been shared online are true. In an article by Forbes, it was stated that some photos being shared online does not really depict the current situation of the Amazon. In the article, it was stated that images circulating on social media are not manipulated but real photographs assigned a new caption and context. Read more: Reverse image search could halt misleading Amazon fire photos.

The statement, ‘the Amazon produces 20% of the world’s oxygen’ has also been quesitoned. In an article by Forbes, it was stated that, mathematically, it is impossible for the Amazon to produce that much oxygen. This is according to Jonathan Foley, former executive director of the California Academy of Sciences and Founder of Project Drawdown, a research group focusing on climate change. Read more: as the Amazon fires spread, so did this unfounded statistic.

What we can do to help? On an individual basis, we can do so much. In an article by CNET, a number of organizations has been listed where individuals can donate. Read more: the Amazon rainforest is still on fire: what’s happening and how you can help. However, for folks without the funds to donate, we can actually do so much. It starts by helping the environment in as many ways possible, and to reduce our carbon footprint.

Related read: 10 things you can do to help save our planet.