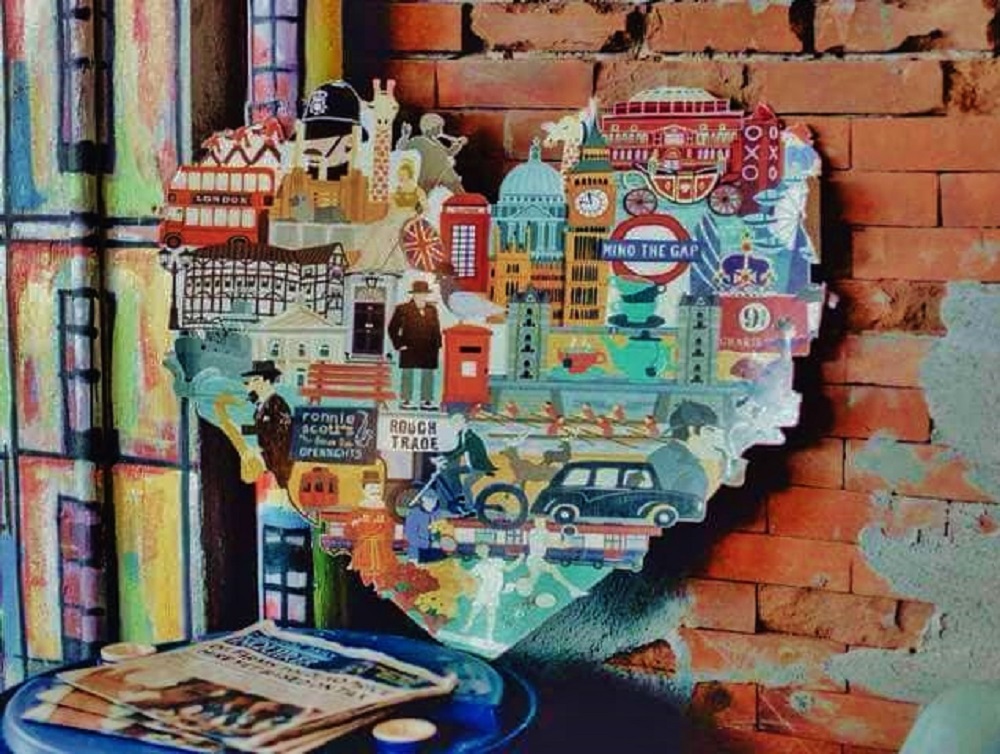 What does it mean to be ‘British’? Britons, or British people, are citizens of the United Kingdom of Great Britain and Northern Ireland, the British Overseas Territories, and the Crown dependencies. According to Tony Blair, Britain was shaped by a ‘rich mix of all different ethnic and religious origins’. The statement was reflected by the Queen, who mentioned about Britain’s ‘richly multicultural and multi faith society’ in her jubilee speech to Parliament. There are certain characteristics that are uniquely British, such as the love for afternoon tea, passion for cricket, rugby, and football, being overly polite, and, ‘blimey!’, a fancy for cakes and desserts. Join me in this article as we explore the most British we can get here in the City of Love.

British Tea. Tea has become entrenched in the British way of life. Britons are among the most tea-loving people in the planet. There’s something about that firm bitterness that flickers devotion. Britons consume 60 billion cups per year, according to the Tea and Infusions Organisation. Since the 18th century, the United Kingdom has been one of the world’s largest tea consumers. Tea was an upper class drink in continental Europe and became the infusion of every social class in Great Britain. Tea has become a part of life in British culture.

Ever since Mrs Wharton graced the city, I too have become addicted to tea. Tea has a very calming effect, especially when consumed in the afternoon or evening. I like mine with milk and sugar, and me seated at the corner of the shop, near the window. I like looking outside, being alone and in silence, while drinking my tea. I crave for those moments – the most perfect example of a quality me-time. Apart from tea, coffee is also available at Mrs Wharton. 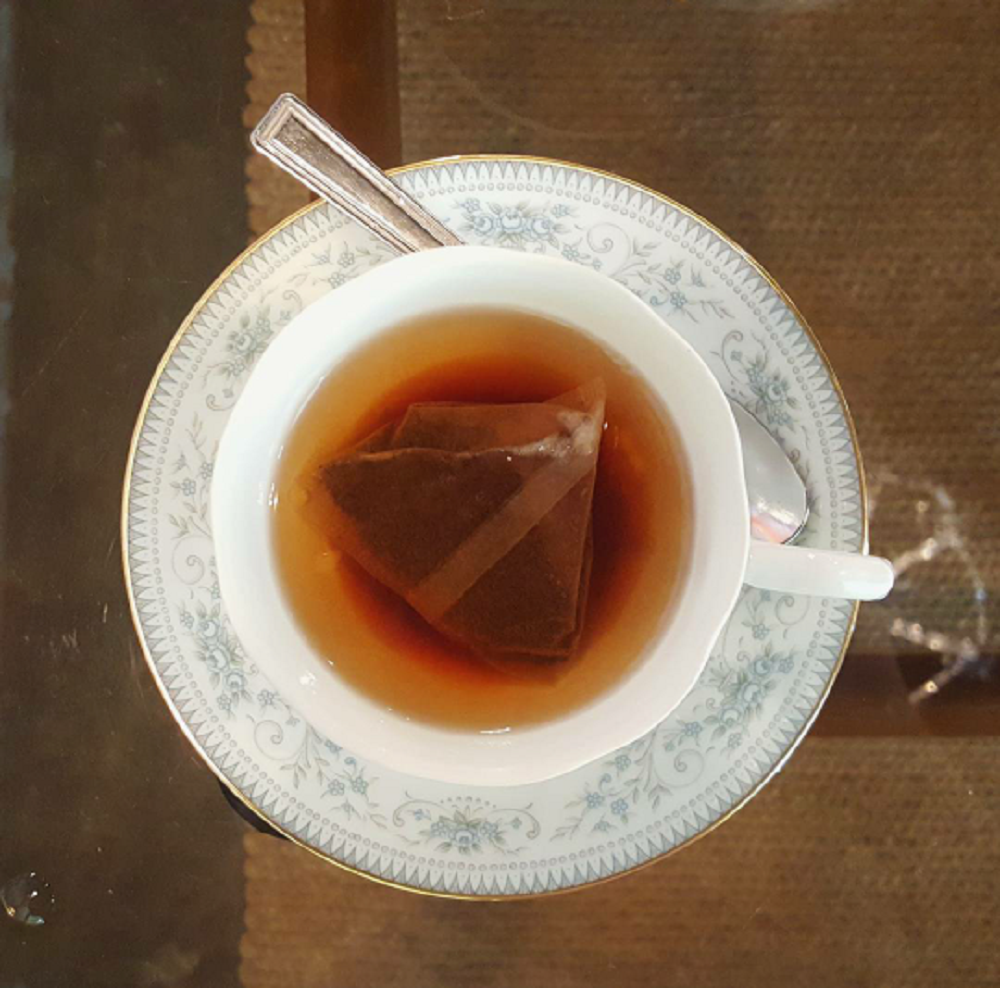 — What’s the proper way of drinking tea? I once went with acquaintances and had tea at Mrs Wharton’s. Some of them did their best impression of drinking tea, albeit, copying from the movies. ‘The tea is exquisite’ in full blown British accent, started complimenting each other and talked about the weather. Yep, pretty British to me, I guess. I took the liberty of googling the right way to drink tea – for curiosity’s sake I guess. Here is it: Historically, during the 1770s and 1780s, it was fashionable to drink tea from saucers. If one is seated at the table, the proper manner is to raise the teacup only, placing it back into the saucer in between sips. When standing or sitting in a chair without a table, one holds the tea saucer with the off had and the tea in the dominant hand. When not in use, the tea cup is placed back in the tea saucer and held in one’s lap or at waist height. Tea should never be held or waved in the air. Fingers should be curled inwards, no finger should extend away from the handle of the cup. Now I now (inserting a smiling emoji here).

British Scones, cakes and desserts. British scone is a specialty at Mrs Wharton. When it comes to cakes, I like the Red Velvet Cake and their variety of cheesecakes. I usually choose Creme Brulee, but I am very open to try something new. I also love Nutella, Ferrero Rocher, Reese, even S’mores – and you somehow can’t explain the feeling when all your favorites are in and on a cake. The first time I heard that Ferrero Rocher cake is available at Mrs. Wharton, I did an emotional somersault. No words can explain how excited I was. And then, Reese cake. With that, I just can’t help but fall in love with Mrs. Wharton London Bakes and English Tea – the place certainly knows how to push all my buttons. Related article: Love Box: A Box Full of Love. 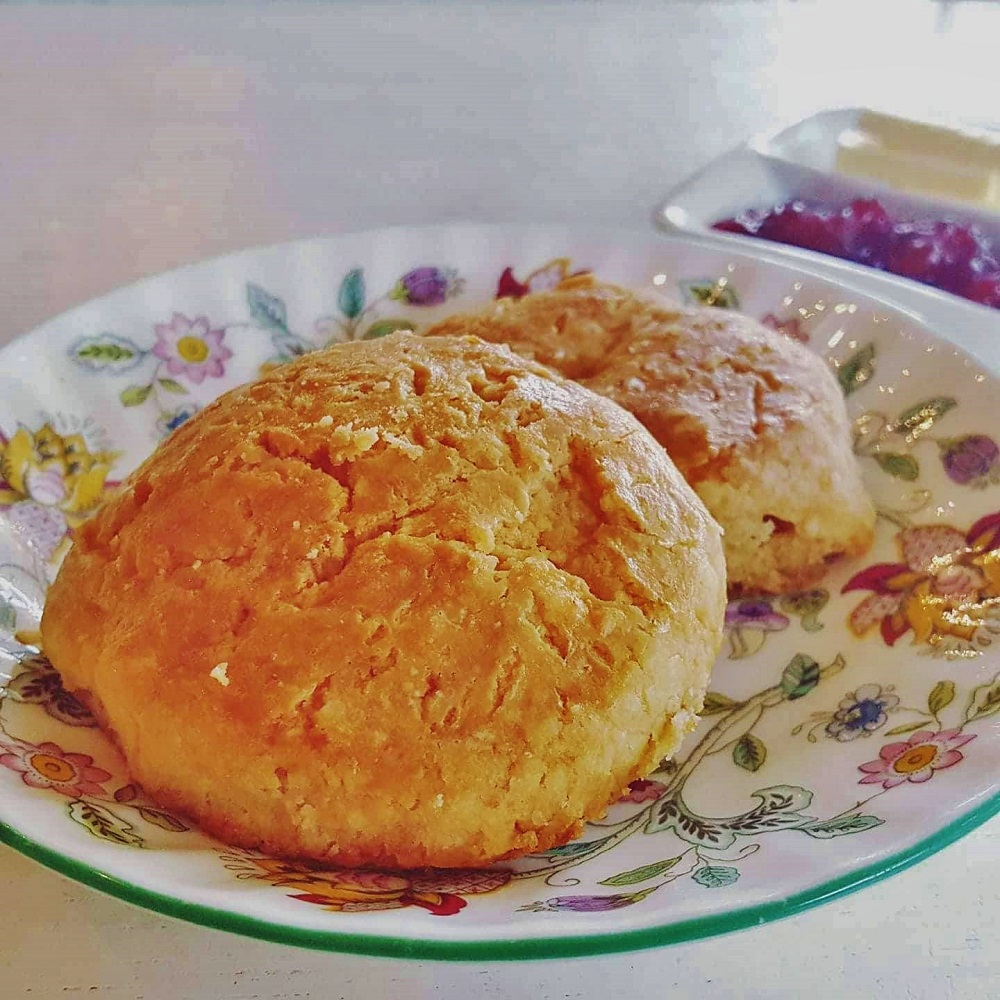 Instagrammable British Icons. Sofa seats, interesting interiors, and a definite British vibe – add in soft music – you will definitely be able to enjoy a laid-back morning, afternoon, or evening at Mrs Wharton. You will find instagrammable British icons that will take you from the city of love to the British abode. Icons such as the red telephone booth, Queen’s crown, Big Ben, the British bulldog, and more. 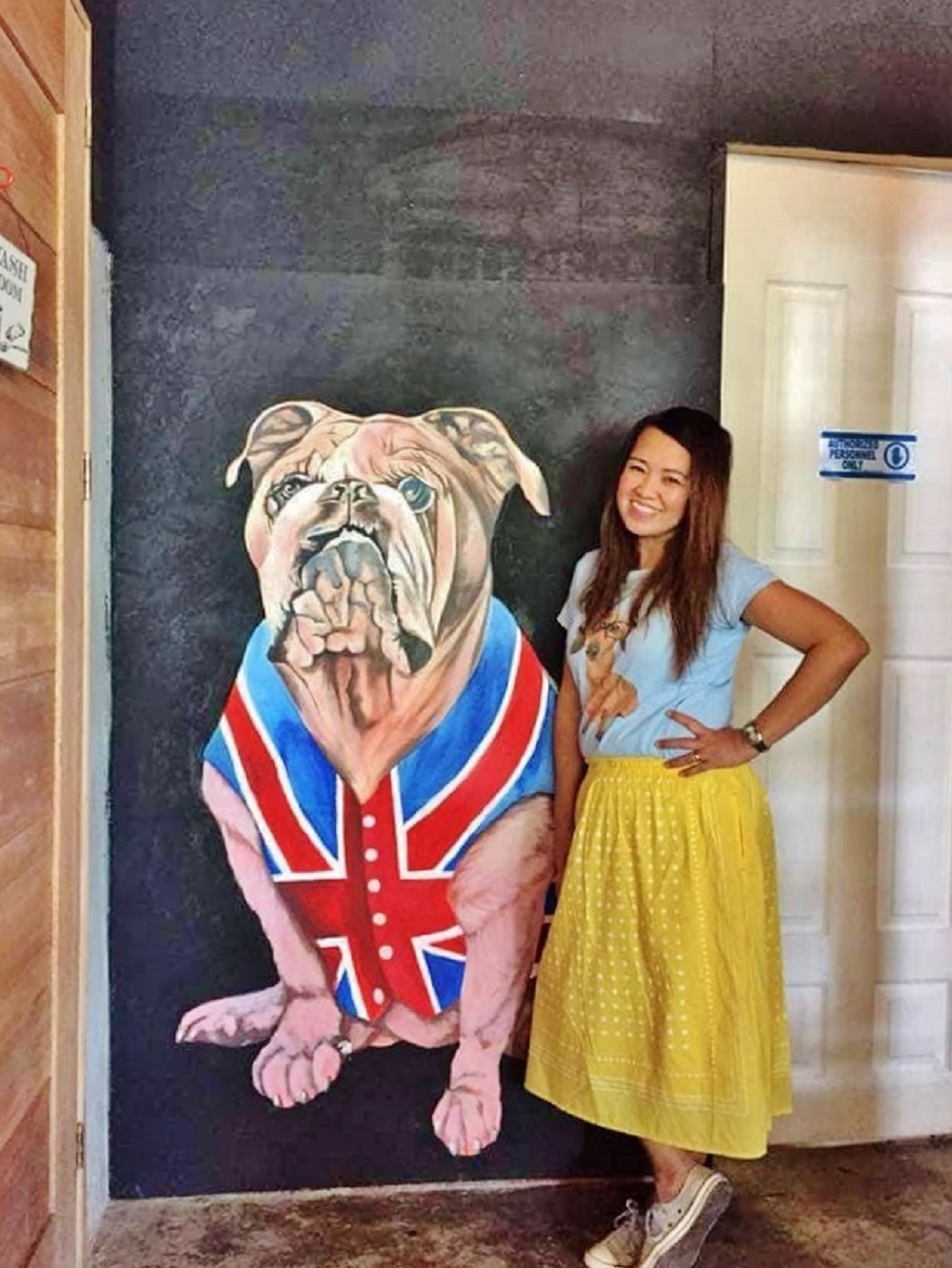 — The story behind the British bulldog. One time I saw a post by Mrs Wharton featuring a wall painting of the supposedly called ‘British bulldog’. Curiosity, again, made me Google the significance of the dog breed to the British culture. It turns out, the British bulldog is a national icon, symbolizing British pluck. According to History Revealed, the bulldog’s strength, tenacity, and willingness to fight larger animals appealed to 18th century political cartoonists, who started depicting the female figure of Britannia being accompanied by both a lion and bulldog. To date, the ‘British Bulldog Spirit’ symbolizes unrelenting courage.

Mrs Wharton is nestled in one of the most comfortable, laid back, al fresco dining spaces in the city. SM Southpoint is an easy-breezy area located south of SM City Iloilo. Al fresco and with a grass field, sometimes with acoustic music, everything slows down at SM Southpoint complimenting the laid-back nature of Ilonggos. It is one of my favorite places in the city. It is not that crowded and reverberates a laid-back vibe. I could just sit from late afternoon to evening on seats surrounding a grassy open space. SM Southpoint showcases a big garden. It is very accessible and offers parking provision for shoppers and diners.

— Excerpts from my article Heartaches, Healing, and Self Love sharing my experience at SM Southpoint: “For me, healing is investing in me-time. Self-love is also investing in me-time. That means going by myself, in deep thought, reflecting about life as a part and as a whole. It means long walks – blank walks, rather. That also mean going by the day in complete silence – the only conversation I have is in my thoughts. That also mean long sighs at the balcony of SM Southpoint while staring at the sunset – and silent hours.” 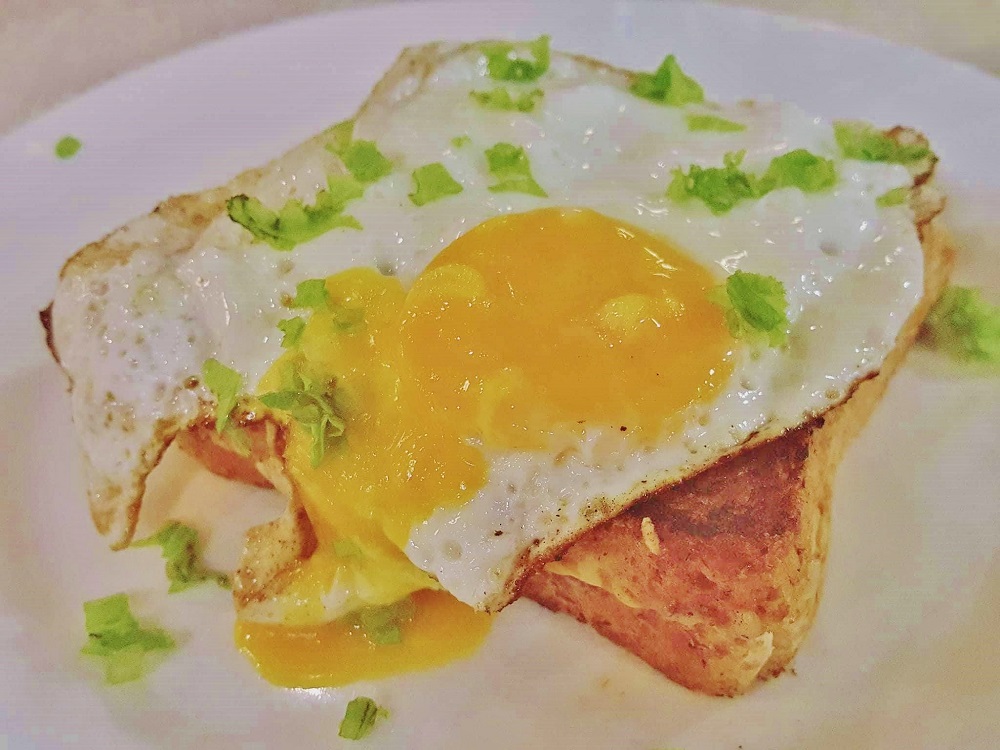 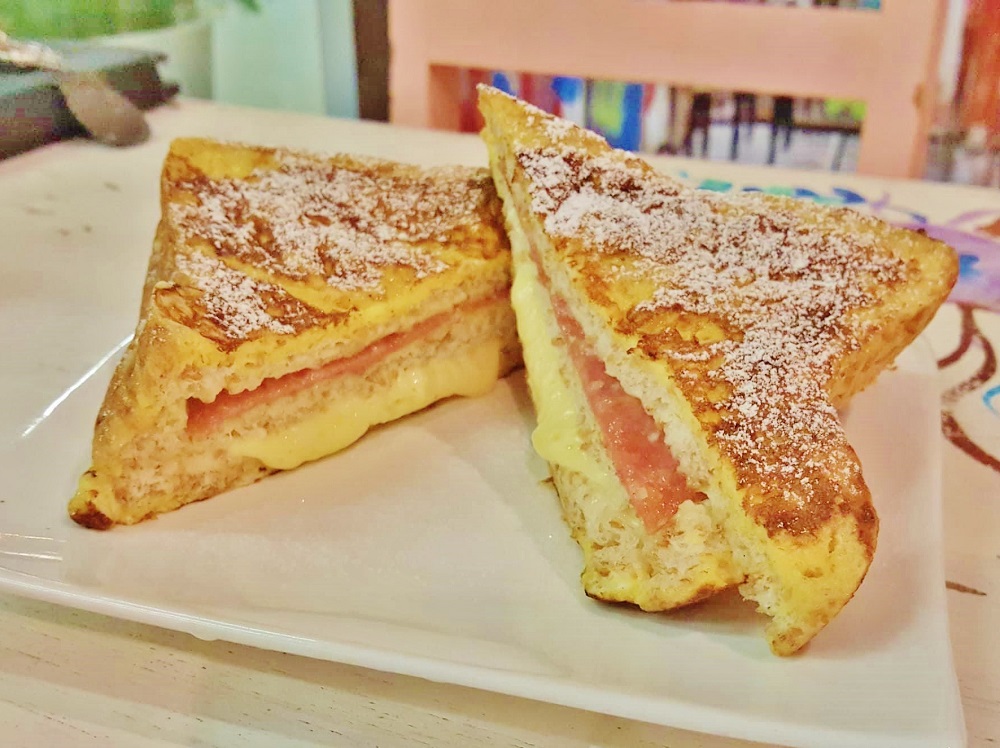 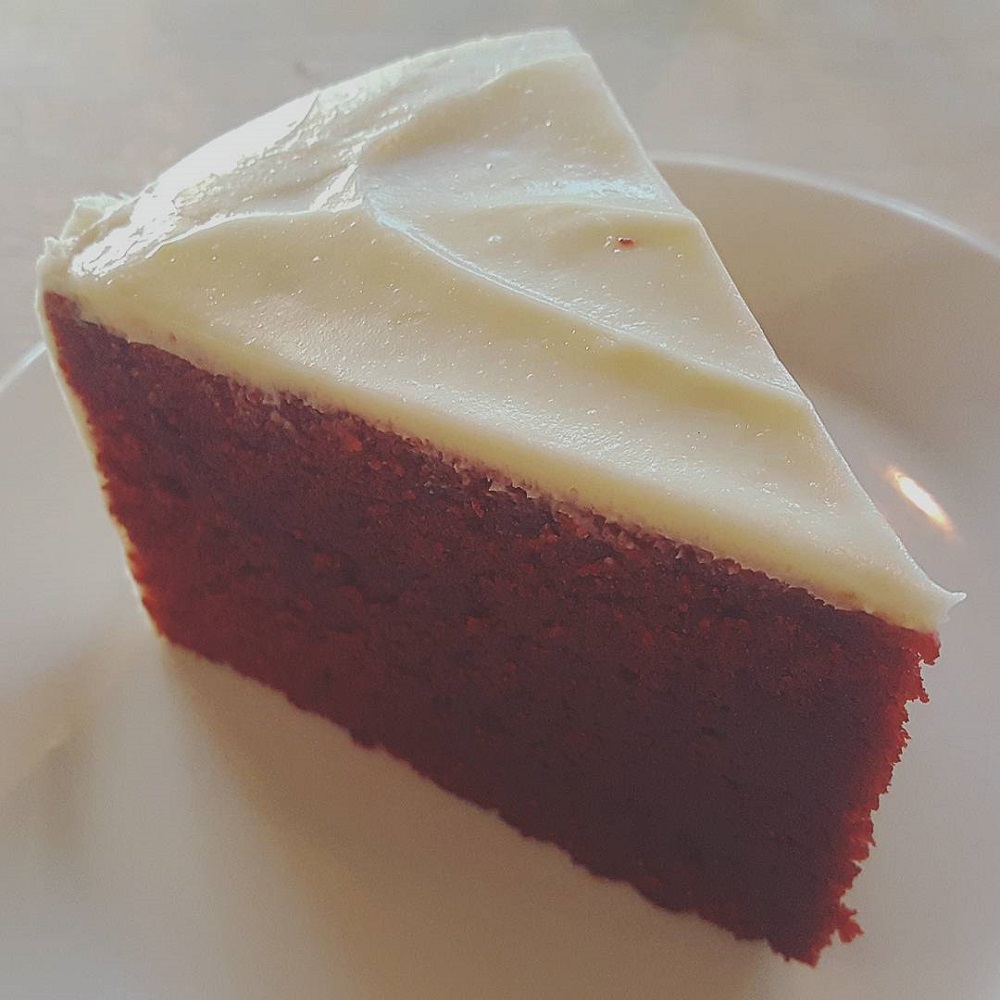 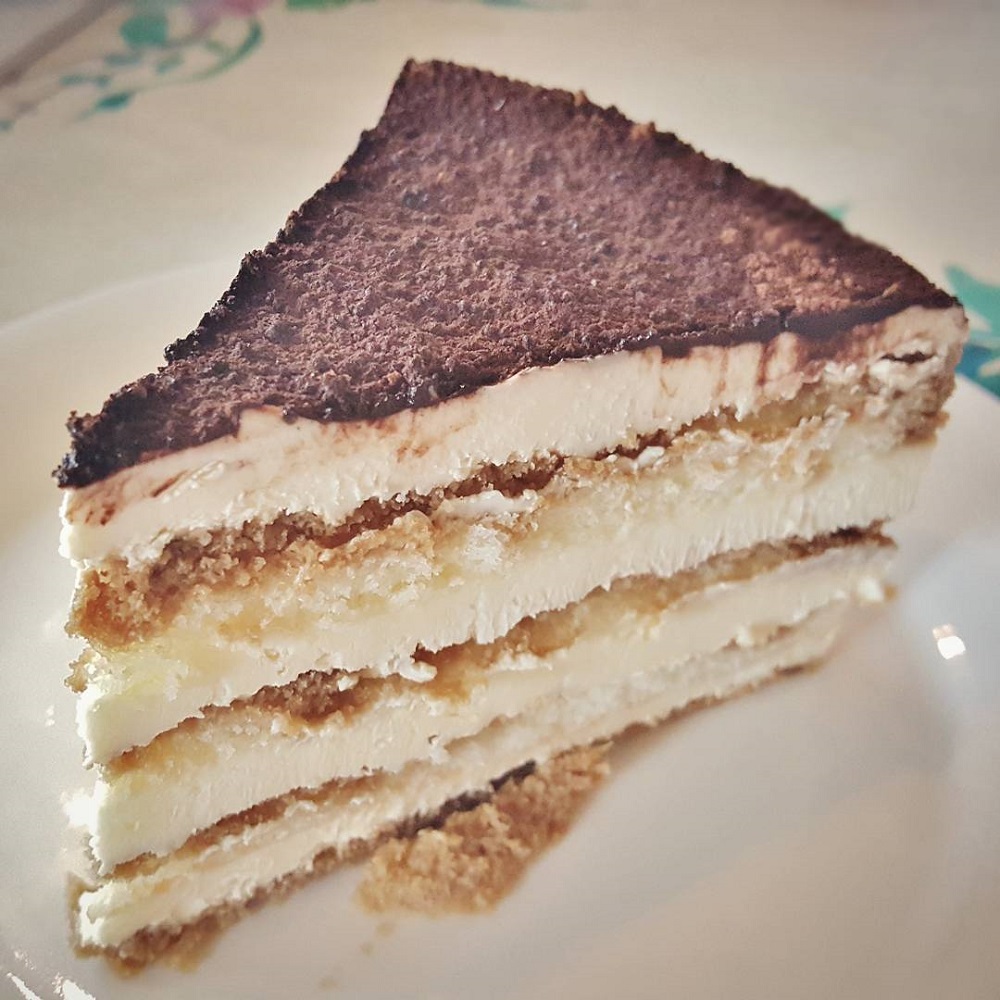 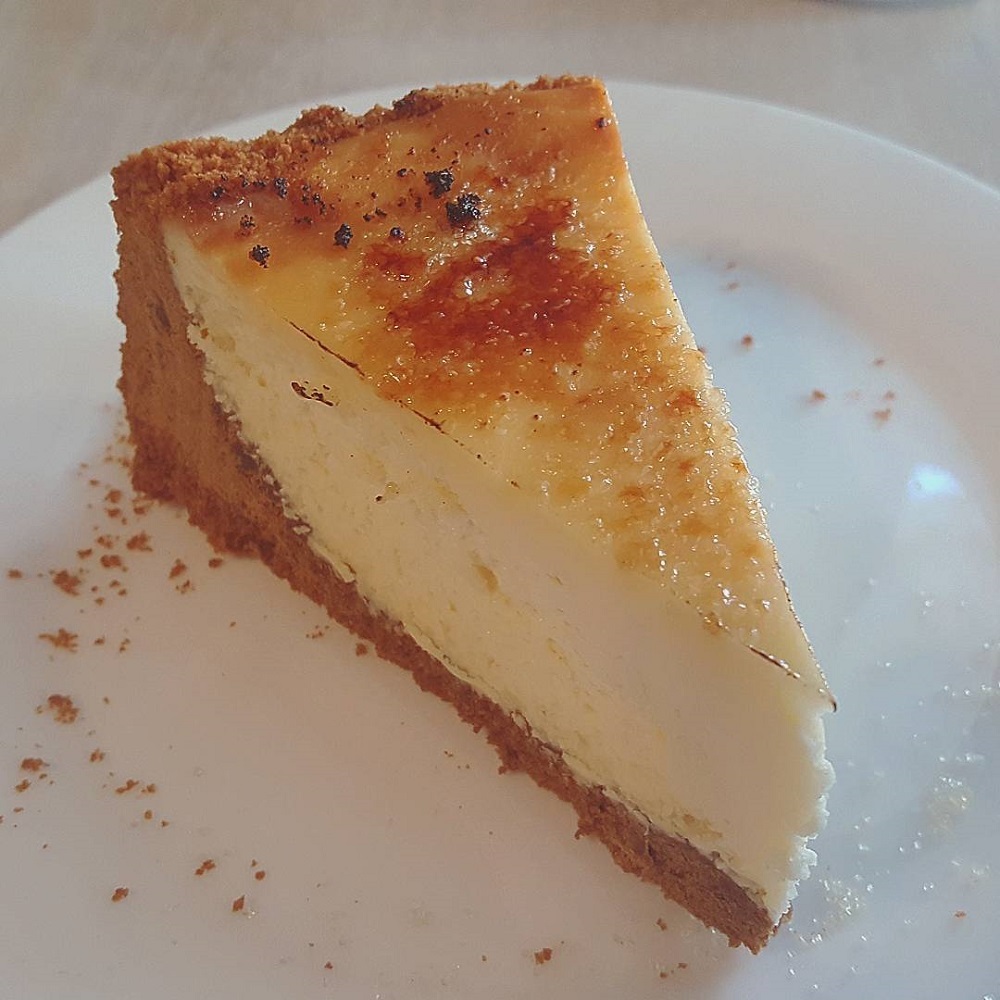 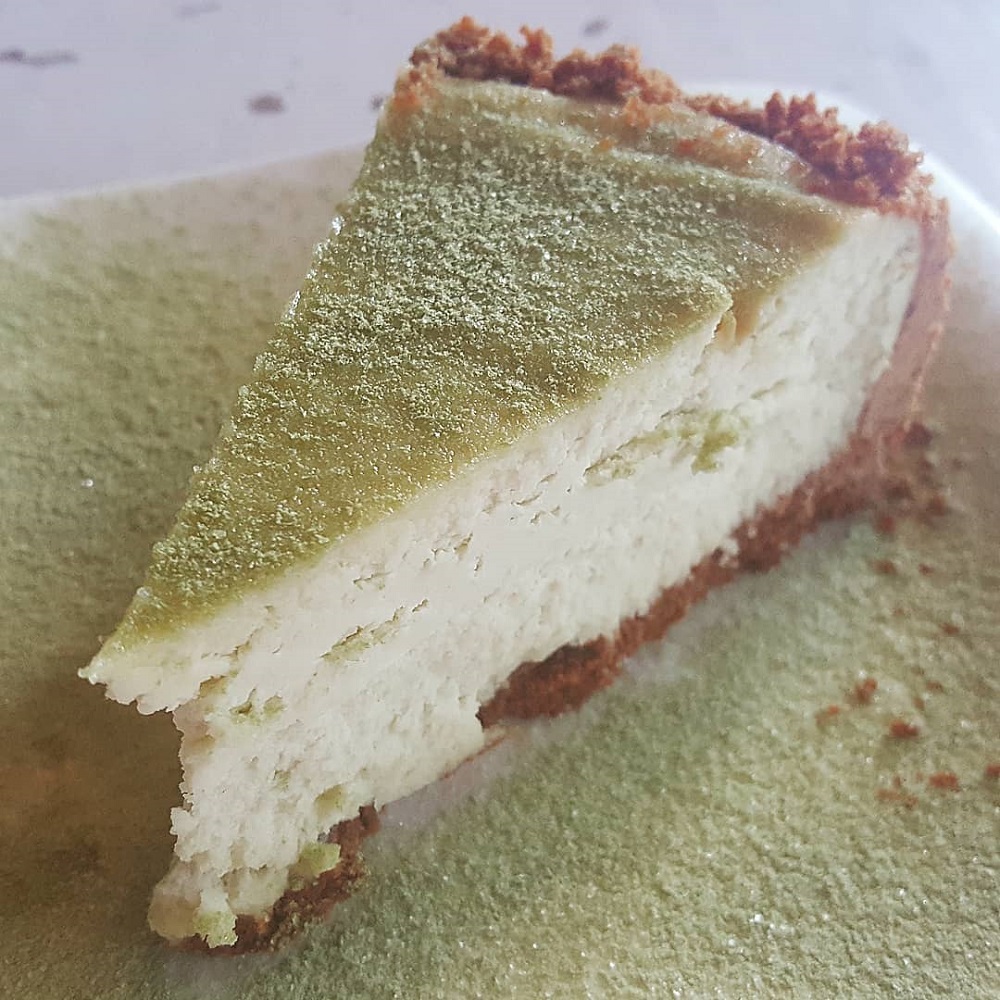 Book your next hotel with Agoda. Agoda is one of the world’s fastest-growing online travel booking platforms. Established in 2005, the start-up quickly expanded in Asia and was acquired in 2007 by Booking Holdings Inc. – the world’s largest seller of rooms online. Agoda is headquartered in Singapore, with 53 offices in major cities across over 30 countries and over 3,700 staff worldwide. It provides a network of over 2 million accommodation properties, including apartments, villas, homes, and hotels backed by over 15 million real traveler reviews. (Source: Agoda)