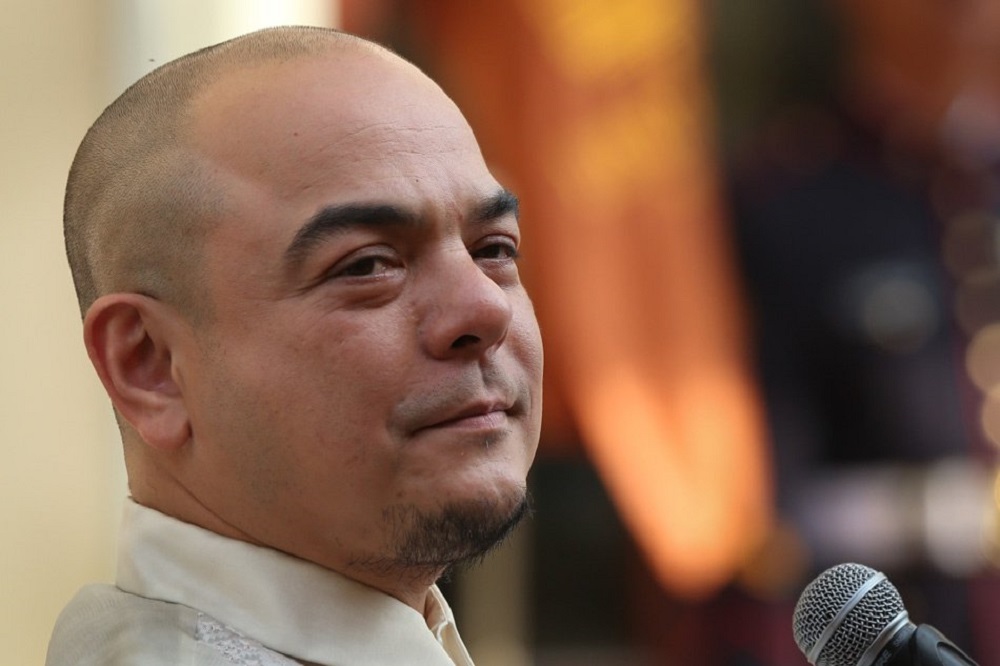 The entire country was taken aback after news broke that Carlos Celdran, 46, passed away October 8th due to natural causes. However, not all are acquainted of the colorful life of the famed performance artist and his impact in preserving and promoting culture. Who is Carlos Celdran?

“Let’s talk. Let’s exchange ideas about city planning, art, and history. We could even practice our Spanish. Let’s be a little bit Indio Bravo and a little bit Ilustrado. It’s all good,” was a excerpt in the website of Carlos Celdran, in his post entitled ‘The Jose Rizal Walking Tour of Madrid’.

Carlos Celdran is a visual artist, performance artist, writer, and activist in Manila. Born in November 10, 1972, Mr. Celdran is a graduate of Rhode Island School of Design in 1996 and is well know for using the City of Manila as subject for his work.

“Much like the Philippine capital where he lives, Mr. Celdran’s works are melange of styles and influences; He utilises various artistic processes to express his relationship with the city that surrounds him. His ideas are rooted in art history and expressed though paintings, installations, performance art pieces and interventions around the city itself.” An excerpt in Carlos Celdran’s website.

Carlos Celdran’s art has brought him around the world. His works was produced on the Off-Broadway stage in New York City and his passion brought about the creation of the first Manila Biennale inside Intramuros. Celdran’s most notable work, ‘If These Walks Could Talk’, is a performance experience that showcases historical narratives, video art, and theater to educate attendees about the history of Manila from the 14th century to World War II. ‘If These Walks Could Talk’ was cited as the longest running one man show in Manila, lasting 17 years.

Another of his notable work, ‘Livin’ La Vida Imelda’ is an extension of his previous ‘If These Walks Could Talk’, the one and a half hour monologue elaborates on the architectural and geopolitcal transition from post war Manila to the present. His work was produced in Toronto, Copenhagen, Penang, and New York.

Unfortunately, not all was favorable to Celdran. His most controversial work, ‘Damaso’, at the Manila Cathedral was frowned upon. Celdran dressed as Jose Rizal, and raised a placard with the word ‘Damaso’ in front of the altar during a Catholic Bishops Conference. This performance led to his incarceration after being convicted of Article 133 of the Philippine Penal Code or ‘offending religious feelings’.

This led to the artist moving indefinitely to Madrid, Spain.

One of his first posts whilst in the European country was ‘Manila Man in Madrid’.

“There are many reasons why I left my beloved Intramuros, but it is mostly due to an aggressive political climate and the personal risks upon my basic right to freedom of speech and expression,” Celdran stated.

It can be recalled that the famed artist visited Iloilo a few years back.

“I’m thrilled to be going to Iloilo next month to check things out for myself. Some can just believe what they read online and stay silent, I like to double check things in person and start discussions. I’ll be there the first week of October to check out what the city is really all about. Recommendations for restaurants and places to see are most welcome! Salamat Gid in advance,” states Carlos Celdran in his website. Celdran was able to visit a number of interesting destinations in the City of Love.