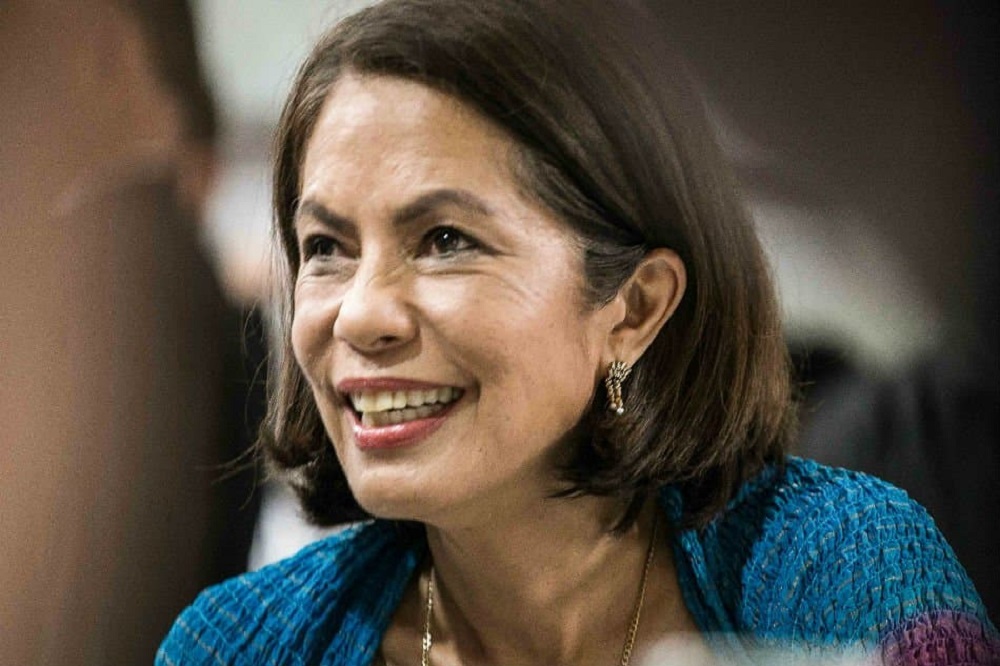 In light of the recent passing of environmental champion Gina Lopez, here is why we need to know her, better yet, be inspired by her. Regina Paz ‘Gina’ La’O Lopez, born 27th of December 1953, is a Filipino environmentalist and philanthropist. She served as Secretary of the Philippines’ Department of Environment and Natural Resources (DENR) and formerly as Chairperson of the Pasig River Rehabilitation Commission. Lopez is well known for pioneering ‘corporate social responsibility’, a business model that allows companies to be socially accountable.

Born to ABS CBN Chairman Emeritus Eugenio Lopez Jr of Iloilo and Conchita La’O of Manila, Gina Lopez had six siblings including ABS CBN Chairman Eugenio Lopez III. Gina went to Assumption College and Newton College of the Sacred Heart in Boston, and had her master’s degree in Development Management from the Asian Institute of Management. After her education in the United States, Gina left Manila and became a yoga missionary for twenty years and lived in Portugal, India, and Africa. She became an Ananda Marga yoga missionary and ran pre-primary schools and children’s homes. Guided by the slogan ‘service to humanity is service to God’, Gina lived among slum areas in Africa.

After returning to the Philippines, Gina initiated corporate social responsibility programs. She also became the Managing Director of the ABS CBN Foundation. Gina initiated Bantay Bata 163. Bantay Bata is a child welfare program to protect disadvantaged children through a network of social services throughout the country. In 1997, Bantay Bata was the United Nations Grand Awardee for Excellence.

Gina also spearheaded Bantay Kalikasan, ABS CBN Lingkod Kapamilya’s environmental arm encouraging the general public to adhere to environmental laws. For this, Gina received the 1997 International Public Relations Award for Excellence for the Environment as well as the 2009 Outstanding Manilans Award for the Environment. Gina also produced a number of educational programs on television such as Sineskwela. For this, Gina was honored with the UNESCO Kalinga Award, she was the first South Asian to receive the award.

Gina was also the Vice Chairperson of ABS CBN Bayan Foundation, a social development institution committed to uplift the lives of low income Filipino families. The said foundation provided microfinance assistance to microentrepreneurs. Gina was also chairman of the Emeritus of the Southeast Asian Children’s Television.

Gina didn’t stop there. She spearheaded the rehabilitation of Pasig River through the Kapit Bisig para sa Ilog Pasig project. For her efforts, she was appointed as Chairperson of the Pasig River Rehabilitation Commission by former President Benigno Aquino III. Gina was also responsible for the reforestation of the La Mesa Watershed Reservation. To add, Gina also launched the Save Palawan Movement in a bid to protect key biodiversity areas against mining. Gina is also an anti-mining advocate, which led to her appointment as head of the Department of Environment and Natural Resources by current President Rodrigo Duterte. However, her appointment was shortlived as it was rejected by the Commission on Appointments in 2017.

Later on, Gina was diagnosed with brain cancer and died of multiple organ failure in August 19, 2019, at the age of 65. One of her inspirational statements during her last weeks was ‘God has put me in a place and I feel that I am responsible’. Thank you Gina Lopez.