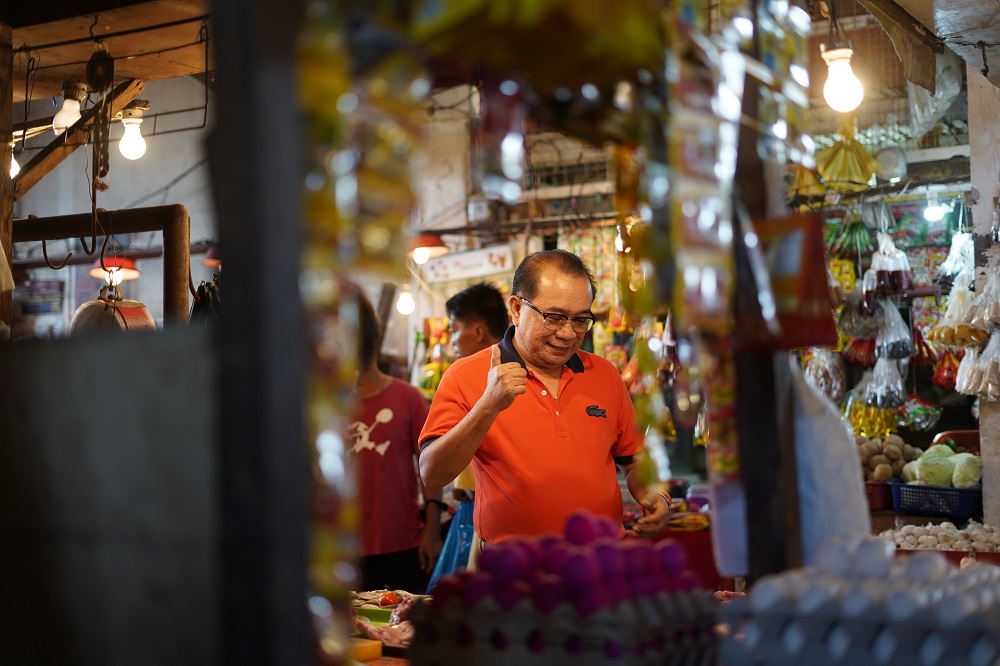 Atty Joshua Alim: ‘Destiny is not a matter of chance, but a matter of choice. It is not a thing to be waited for but a thing to be worked for’ were the words of Atty Joshua Alim as he appeals for the general public to vote for him as Representative for the Lone District of Iloilo in the upcoming election. This man deserves our vote. Having seen his credentials, capabilities, and commitment, he definitely deserves to be our next congressman. Atty. Alim has passed and authored 56 ordinances, 3,210 resolutions, and delivered 67 privileged speeches as of 2018. He is ‘a dreamer who never stopped dreaming for others. His famous motto: “Dream. Strive. Succeed!’ Atty. Alim is committed and passionate to be the voice of Ilonggos in the House Of Representatives.

However, first and foremost, what is the job description of a congressman?

Lawmaking. “Lawmakers in the House of Representatives are called Representatives or Congressmen, Congresswomen. They are elected to a three year term by voters in their respective legislative districts. A Representative can serve for not more than three consecutive terms. There are 238 legislative districts in the country. There are 238 representatives elected by district.” – this is according to www.congress.gov.ph. It is their duty – given that there is a speaker, majority floor leader, minority floor leader, deputy speakers, secretary general, and sergeant at arms – to study proposed laws called bills, and other measures relating to issues affecting the lives of people, community, and society. They likewise conduct hearings to provide an opportunity for citizens to express views on proposed laws and measures.

With this on point, it is vital to have a congressman that is knowledgeable in lawmaking.

His other landmark ordinances include Speed Limit: An Ordinance Amending Regulation Ordinance No. 2015-283 otherwise known as an Ordinance providing for the Speed Limits for all Kinds of Motor vehicles within the territorial jurisdiction of Iloilo City and providing penalties for violation thereof; and ICUPAO: An Ordinance creating the Iloilo City Urban Poor Affairs Office (ICUPAO) under the Office of the City Mayor and appropriating funds therefor and for other purposes. Atty. Alim is an experienced and dedicated public servant who is always ready to fight for a cause.

Atty. Alim was a former chairman of the Iloilo City Anti-Smoking Task Force (ICAST) from 2010 to 2015. Under his Chairmanship, Iloilo City was awarded Hall of Famer on Anti-Tobacco Advocacy. Atty. Alim is also the author of the Amended Iloilo City Comprehensive Anti-Smoking Ordinance. Aid for the poor is also at the core of Atty. Alim’s strong commitment to public service. He authored an Ordinance creating the Iloilo City Urban Poor Affairs Office (ICUPAO), an office that attends to the needs and problems of the Urban Poor sector of Iloilo City. 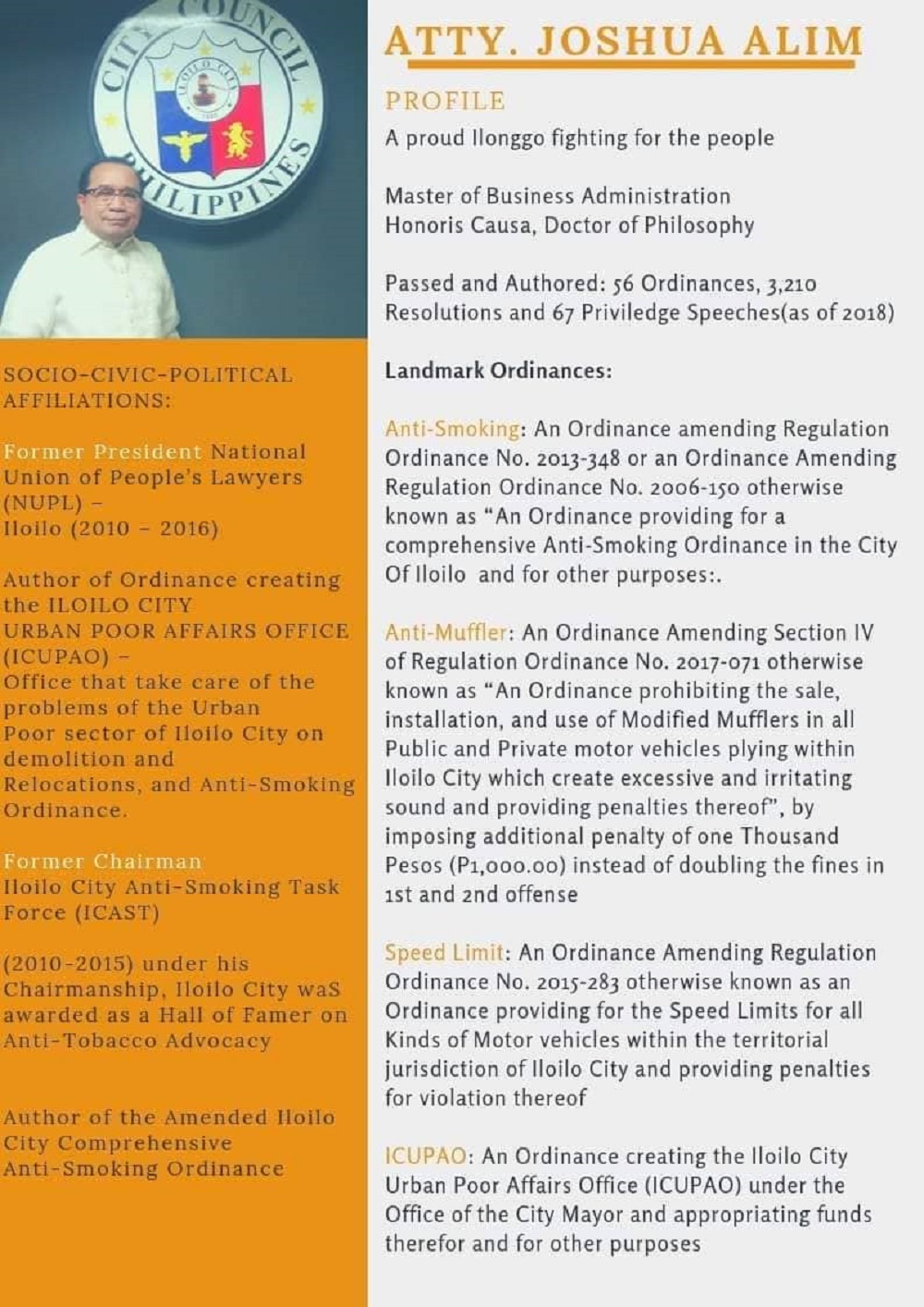 Fighting against giant monopolies, fighting for the sentiment of the people. “The walls of Jericho have fallen. Victory is ours, people of Iloilo!” were the words of Iloilo City Councilor Joshua Alim as he delivered the sentiments of Ilonggo consumers to the Senate against Panay Electric Company and finally putting a stop to the company’s 95-year reign. “I will not waiver in my fight against the arrogance and abuses of PECO. I will fight for the Ilonggos!” added the esteemed councilor.

“I am Atty Joshua C. Alim. Born in Surallah, South Cotabato from parents who were natives of Sara and Badiangan, Iloilo. Have studied and presently living and serving in Iloilo City. I am ready to serve as your congressman of our beloved Iloilo City after serving as councilor for almost 18 years. Please help and support me and my advocacy for honest, sincere, and good governance. Ilonggos, I will fight for you!”