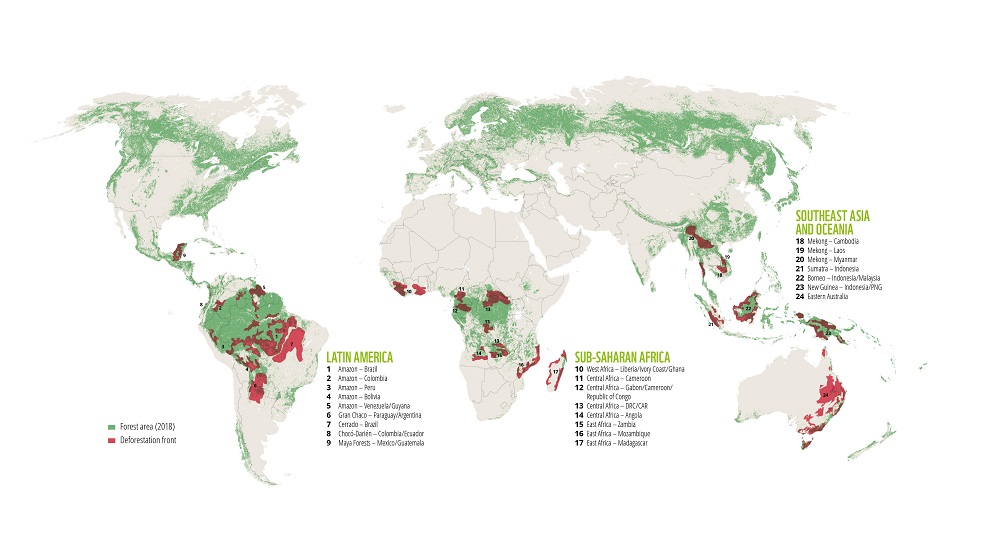 Deforestation Statistics: The World Wildlife Fund, in a press release, revealed that 166,000 square miles – roughly the size of California – have been lost to deforestation worldwide, between 2004 and 2017.

“More than 166,000 square miles of forest habitat—an area roughly the size of California—were lost to deforestation in the tropics and subtropics between 2004 and 2017, according to a new report from World Wildlife Fund (WWF) titled “Deforestation Fronts: Drivers and Responses in a Changing World.” The report provides a comprehensive analysis of the causes of deforestation, tracking 24 hot spots encompassing more than 2.7 million square miles, where large areas of remaining forests are most threatened,” an excerpt from a press release published in the WWF website.

“Deforestation is at the root of the most pressing problems currently threatening our planet. It is one of the biggest underlying risk factors for outbreaks of emerging infectious diseases and a primary reason wildfires are more frequent and destructive in critical ecosystems such as the Amazon. It’s also the leading cause of decline in wildlife populations and a major contributor to compounding runaway climate change,” states Kerry Cesareo, senior vice president, forests, WWF.

Moreover, Cesareo reveals that the pandemic has provided the globe an opportunity to reverse trends.

“The COVID-19 pandemic actually provides us with an opportunity to reverse these devastating trends. As we recover, we have a once-in-a-lifetime chance to make sweeping changes that will save our forests, slow climate change, protect wildlife and help prevent the emergence of future zoonotic diseases like the novel coronavirus. It’s time to shift our focus from short-term gains to the incalculable long-term benefits forests provide—not only for the health of humanity but for the future of all living things,” Cesareo says.

Read more about the WWF report here: An Area Roughly the Size of California—166,000 Square Miles—Lost to Deforestation Worldwide Between 2004 and 2017, an article published on the WWF website.