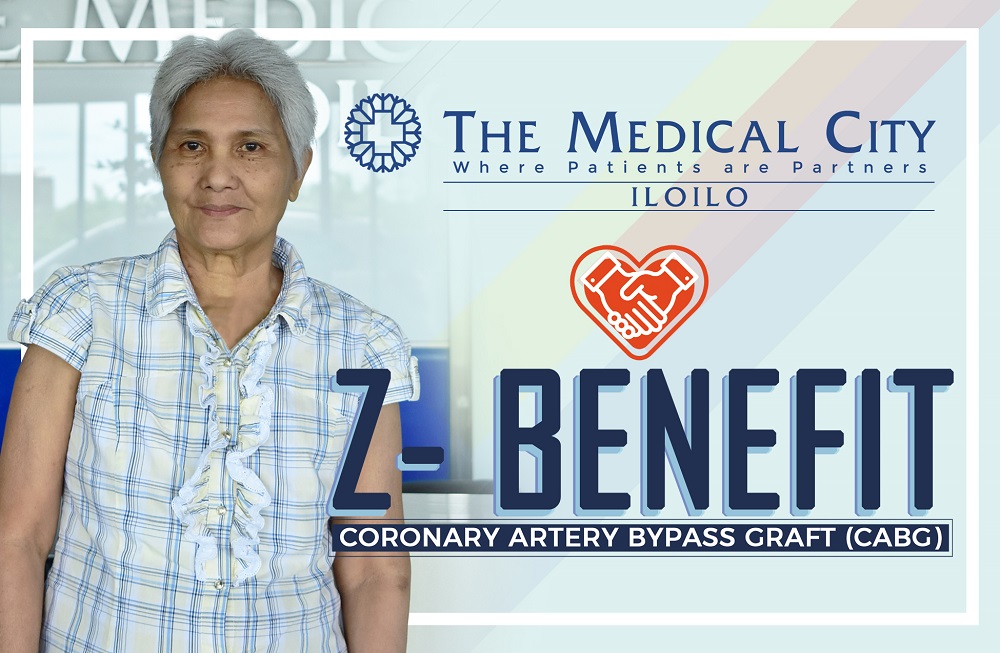 Seventy year-old Catalina Balgos of Roxas City didn’t know that she has a heart condition until she was admitted in the hospital after feeling unbearable intermittent chest pains. Balgos is the first patient partner of The Medical City (TMC) Iloilo granted with PhilHealth’s Z-Benefit Package for Coronary Artery Bypass Graft Surgery (CABG). Her daughter Emily narrated that her mother was first diagnosed with a coronary artery disease last May when they decided to bring her to the hospital after feeling discomfort in her chest.

“She started to feel chest pains last March. It became worst last June,” Emily recounted. “Every three months, she has her regular check-up. However, her heart health was disregarded. We only checked her cholesterol and blood sugar levels but we forgot her heart condition,” she added.

Before they were discharged to the hospital, their doctor advised them to go to Manila to seek for a second opinion. However, they were uncertain about it as they don’t have relatives there. Apparently, a friend mentioned about TMC Iloilo offering CABG. They immediately inquired about the said service and upon confirmation, they directly went to the recommended doctor.

“We were advised by Dr. Catoto to undergo an angiogram. He said that we have to undergo CABG. However, we were worried about our finances because it was quite costly. Good thing we were recommended to apply for PhilHealth Z-Benefit Package which has become a big help to us financially,” Emily noted. Under PhilHealth Z-Benefit for CABG, the patient is entitled to a package rate of P550,000 for the entire course of treatment.

The P550,000 benefit package is the second highest benefit package being paid for by PhilHealth which covers drugs and medicines, operating room and professional fees, including mandatory and other services under PhilHealth’s ‘Z-Benefit’ – or those illnesses perceived to be financially and medically catastrophic.

With TMC Iloilo as a Z-Benefit provider for CABG, patient partners are mandatorily provided with services such as pre-operative laboratory tests, medications, blood support, open heart surgery and continuing post-operative care, among others. TMC Iloilo is the first hospital in Western Visayas to be accredited by PhilHealth for its Z-Benefit Package for CABG. “We are very thankful to TMC Iloilo for making my mom the first beneficiary of the Z-Ben CABG Package,” Emily noted.